Creating a Living History in the Adirondacks: Jack Swan ’54 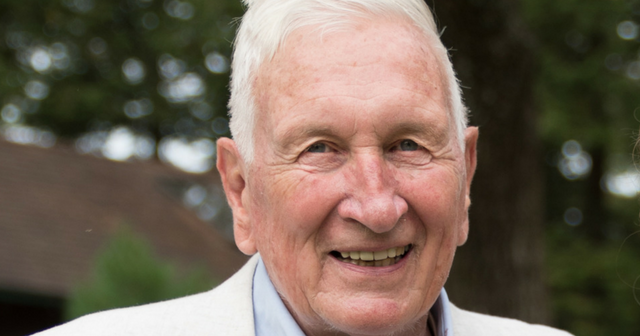 Jack Swan ’54 knows the Adirondack Mountains like most people know their own backyards. Growing up just outside of New York City, he went upstate every summer to stay at Camp Pok-O-Moonshine for boys, a summer camp his grandfather founded more than 110 years ago. It was there where Swan’s love of the outdoors took root. Long days were spent hiking, sailing and exploring. According to Swan, it was the best place in the world to grow up.

“There’s this Pok-O spirit that penetrates the whole summer here,” he says.

Today, Swan is the owner and president of Pok-O-MacCready Camps, a position he’s held for more than 30 years. He started at Pok-O-Moonshine as a camper, then became a counselor in 1950, the camp’s headmaster in 1954 and camp director in 1963 after his parents retired. It was under Swan’s direction that the camp expanded to include Camp MacCready for girls, and now the two camps, whose schedules and activities are coordinated, are known collectively as Pok-O-MacCready.

“I have a lot of imagination about how I want the camp to run,” says Swan, whose big ideas have paved the way for the 1812 Homestead Foundation, a frontier-era barn and farmhouse where visitors can practice pioneer skills, and the Pok-O-MacCready Outdoor Education Center, one of the few private outdoor education centers in the state of New York. “I think I’ve created some great things here, a chance for campers and local school groups to experience what life was like back then.”

In 1982, Dr. Bill Parrish, head of the History Department at Westminster, came from Fulton to dedicate the 1812 Homestead. 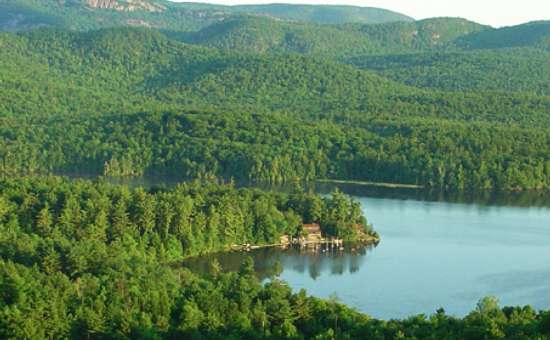 If Swan sounds like a history teacher when he talks about frontier life, it’s because he is one. Even in a casual conversation, he can rattle off dates and names of historical significance at an impressive rate. Swan grew up in a family of teachers and says he always knew he wanted to teach. But he always had a great love for history, too, perhaps ignited by where he lived and his summers at Pok-O-Moonshine.

“We have Lake Champlain right by us,” he says. “We’re standing right where General Burgoyne led his army of 7,000 troops in 1777. Most walked right past our Homestead.”

When Swan went to Westminster College, where he joined Kappa Alpha fraternity, he took history courses with Dr. David March. The more history courses he took, the better his grades got. Eventually he was elected into Phi Alpha Theta, a national history honor society.

“My belief in the frontier, I got that from Dr. March,” Swan says.

It was Swan’s interest in that era of American history that drew him off the beaten path on the long drive from New York to Fulton. He stopped at Lincoln’s New Salem State Historical Site, near Springfield, Illinois, a reconstruction of the village where President Abraham Lincoln spent his young adulthood.

“When I walked through that thing, I had sort of a religious experience,” Swan says. “I could just feel it, that Abraham Lincoln, because of his experience on the frontier, that he absorbed all of those things that were so important and that made him the man and the leader that he was.”

Swan has returned to New Salem about six times since, he says, and continues to be inspired by what he sees. If fact, he admired the split-rail fencing around the village so much that he bought a few books in New Salem and began building his own split-rail fences for the Homestead at Pok-O-MacCready.

Although Swan graduated from Westminster in 1954, his ties to the College have continued throughout his career. After graduation, he returned home to the East Coast, where he earned his master’s degree and New York State teaching certificate from Syracuse University. From there, his career in education took off, including numerous years teaching and many years coaching. He also worked for 13 years as the Eastern Admissions Director for Westminster. He served as vice president of the New York State Outdoor Education Association for six years and was standards visitor for the American Camping Association for 20 years. In 2004, Swan received a Westminster College Alumni Achievement Award.

“I have that poster on my desk,” he says proudly.

With such strong ties to the College, it’s no surprise that Swan’s sons, Sharp ’78 and David ’84 Swan, went to Westminster as well. His stepson, David Dunleavy, attended the College for two years, and his daughter, Margaret, spent a year at William Woods. David’s wife, Angela Sutterer ’90, is also a Westminster alum.

“The College has been good to us,” Swan says. “I remember when I was applying. My father was a colonel in the Army National Guard, and he was in Germany during the war. The representative of the school came out and talked about Churchill and his Iron Curtain speech — that made my father and mother feel good. That history is so important.” 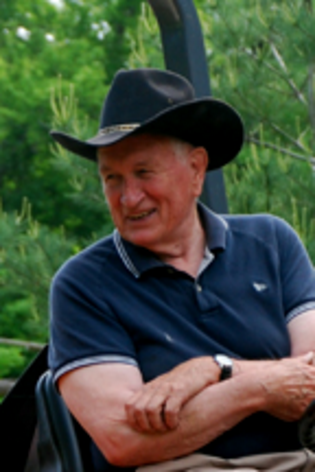 History has been the theme behind so many of Swan’s greatest successes, such as the Homestead at Pok-O-MacCready. Set on 125 acres, the farmhouse and barn, given to Swan by his Great Uncle MacCready, dated back to 1813 and 1840, respectively. A schoolhouse was also added. Upon its opening, the site quickly became popular among Pok-O-MacCready campers, who could choose the Homestead as one of their summer activities, and local school groups, who came back year after year to try candle making, rail splitting, blacksmithing, cooking on the hearth, caring for farm animals and more.

“It was on a Saturday night,” Swan remembers, “and the next morning the front page of the Press Republican said it all: ‘History Lost.’”

It’s been a difficult five months at Pok-O-MacCready, but Swan, with his self-described “imagination to get things done,” is determined to get the Homestead back up and running. So far the camp and surrounding community have raised about $31,000 to help with reconstruction.

“There’s a person in the town of Willsboro who took a historic barn down carefully and numbered it piece by piece,” Swan says. “He was going to sell it, but he’s given it to us for the Homestead. I’ve been amazed by how the community has stepped up to help.”

A reopening celebration for the barn is scheduled for June 6, 2017. After the barn, Swan says, they’ll get to work rebuilding the farmhouse. A GoFundMe account has been set up to help with the costs of rebuilding what was lost, and donations can also be made out to the 1812 Homestead and sent to the camp.

Even with such an enormous setback, Swan remains positive about the future of the camp, as well as the 1812 Homestead.

“Something about this place gets into your soul,” Swan says. “We have such great alumni, and they tell me that their experience here is the greatest highlight of their growing up.

“That makes you feel good,” he adds. “That reminds you that it matters.”