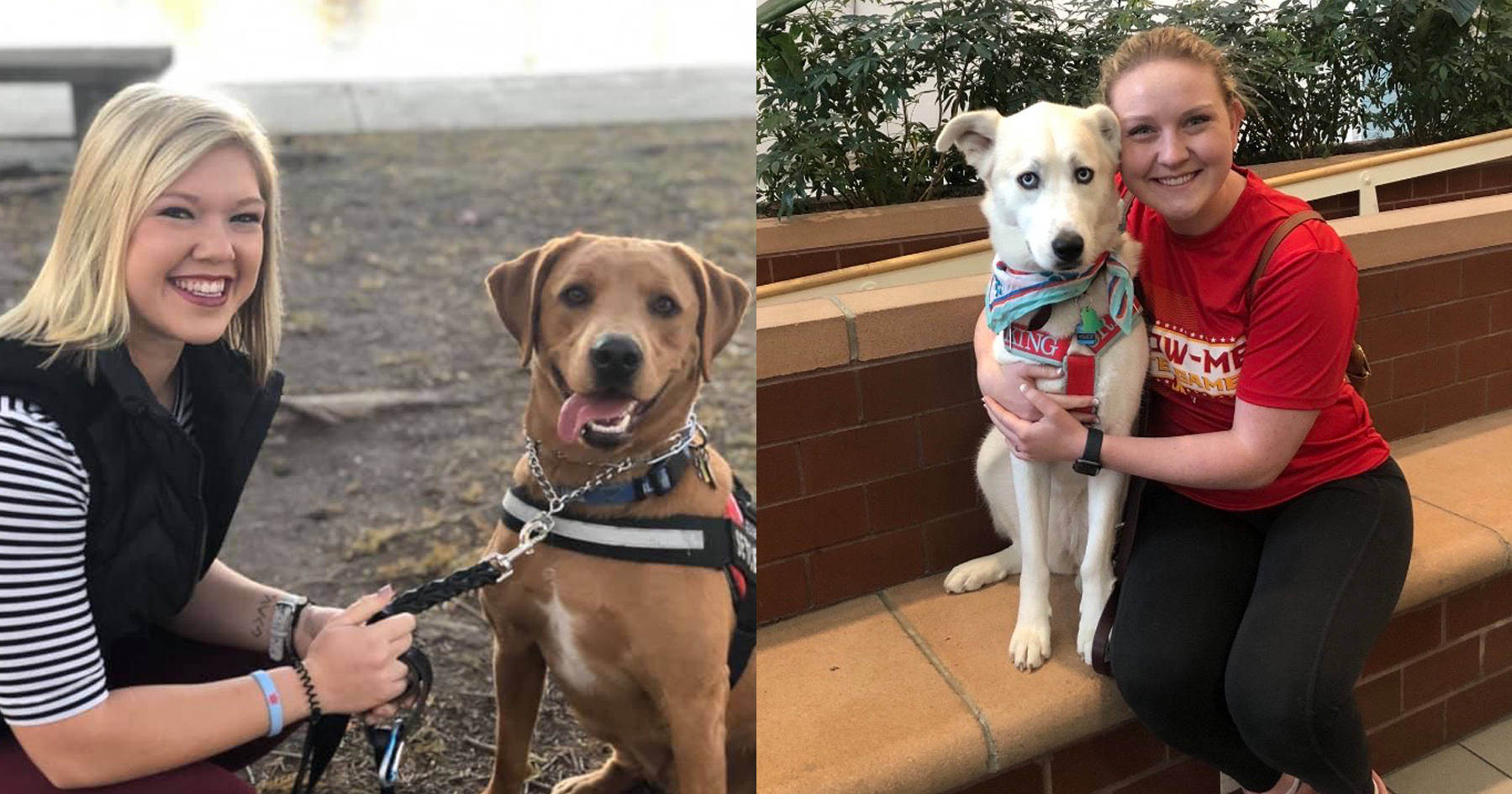 Westminster’s campus has acquired some new furry, four-legged students throughout the last few years. Diabetic alert service dogs Sampson and Alice can be found accompanying their owners around campus and in the classroom.

Senior Brooke Laidley of Belleville, IL, and sophomore Connar Hadley of Anna, IL, were diagnosed with Type 1 diabetes at a young age and have turned to their service animals in effort to better monitor their health throughout their college experience. 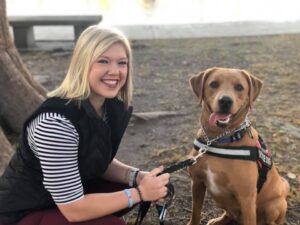 Brooke Laidley was diagnosed as in infant with Type 1 diabetes. Long-term complications of the condition and being away from her family eventually pushed the Laidley family to acquire a service dog. She was unable to feel a change in her blood sugar and was failing to wake up in the night when her blood sugar bottomed or spiked.

“Getting a service dog that could wake me up in the night and alert me when my blood sugar was dropping was the next step,” Laidley says.

During her sophomore year, the health/wellness and business double major welcomed Sampson into her family and the Westminster community. Sampson accompanies the softball player to all practices, games and events throughout the semester. On game day, he can be found in the dugout with an eye on his owner, ready to alert her of any change.

“I’ve been very fortunate with how he has been treated by those on campus. I have lucked out with the support I have from my friends, teammates, coaches and professors while being at Westminster,” adds the Westminster senior. 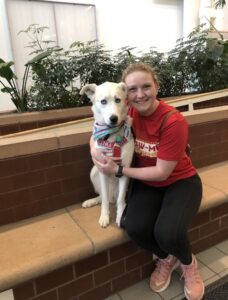 Connar Hadley, ΚΑΘ, was diagnosed with Type 1 diabetes at about 18 months old. After moving four hours away to attend Westminster, Hadley was far from her greatest supporter, her mother. After two bad experiences with her diabetes while being on her own, the biology major convinced her family to allow her to get a service dog by accepting full financial responsibility of the dog.

“I set my mind to it, fundraised, worked all summer and found a company willing to work with me,” she says.

Hadley brought Alice to Westminster in the second semester of her freshmen year. Alice accompanies Hadley to class and other on-campus events. Hadley mentions how friendly and respectful students are to Alice and her as well as how accommodating professors are to them.

“The professors really work hard to accommodate us,” Hadley says. “They are more than willing to let me move seats to better fit 70 pounds of dog. A lot of my professors have even consciously put me in a seat that better accommodates us.”

These service animals are not only leaving their paw prints on their owners, but they also are leaving a favorable impression on the rest of the Westminster campus.

Students must inform the College if they bring a service animal to campus.