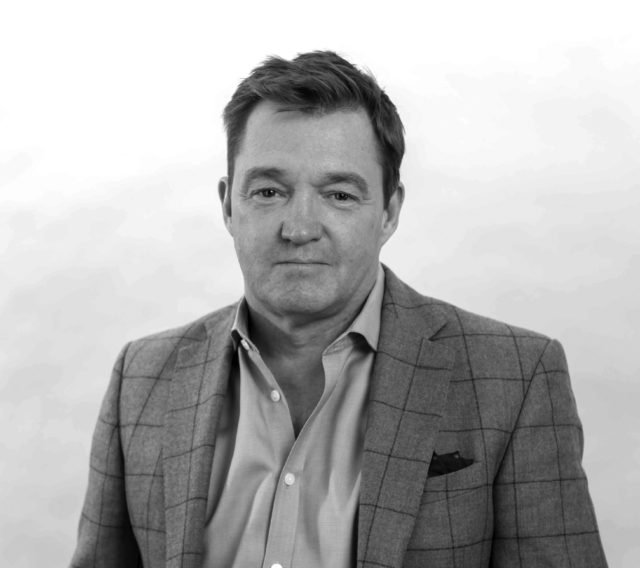 Advertising and marketing executive Christopher Weil from New York, NY, Class of 1987 and a member of Sigma Chi fraternity, will receive a Westminster College Alumni Achievement Award on Saturday, April 13, during the College’s Alumni Weekend.

“A liberal arts education taught me first and foremost to be curious about everything, which is really what it takes to be successful in the advertising business,” Weil says.  “Secondly, on campus, I served first as SGA social chairman and then student government president.  During those two years I learned not only about leadership, but I also brought and promoted two rock n’ roll shows to campus, Steppenwolf and The Guess Who and The Fabulous Thunderbirds.  I basically have been creating and promoting stuff ever since.”

As Chairman and CEO of Momentum Worldwide, Weil has led this prestigious business to become the world’s first, most-awarded, and largest brand-experience agency in advertising and marketing during his 18 years with the company. He now manages over $5 billion in sponsorship assets from clients such as Verizon and American Express and events such as the Super Bowl, Olympics, and PGA.

“The advertising agency business is a people-first business,” says Weil.  “Without great people, you can’t make a great agency.  My purpose is to identify, recruit, train and retain the best people and to create an environment and culture where people want to work and where people are able to do their best work.”

Under Weil’s leadership, Momentum has won multiple “Agency of the Year” honors across 10 countries and has achieved double-digit growth year after year. Momentum has also been awarded by multiple publications as “Best Places to Work.”

In 2007, he coined the term “Phygital” to describe in a single word the inseparable physical and digital worlds where all brand experiences lie.

“Leadership to me is very simple and I talk about this with my managers and up-and-coming people in our business,” says Weil.  “Leadership is making something happen when you are in the chair that wouldn’t have happened if you weren’t there.  It’s simple.  If you get a job, make it happen; otherwise, you are a manager, not a leader.”

In 2012, Weil became the first non-traditional advertising agency executive — and the youngest ever elected — to serve as Chair of the American Association of Advertising Agencies, serving a two-year term.   During that time, he was instrumental in launching the organization’s High School Initiative to offer comprehensive vocational training for advertising and media careers to public high school students in the New York area.

He was named one of the top 100 People Who Make Advertising Great by the American Association of Advertising in 2017.

He serves on the board of directors for McCann Worldgroup, Falconhead Capital and the Lincoln Center Media and Entertainment Council.

Weil will receive his award at a special Alumni Honors Convocation Ceremony to be held at 10:30 a.m. on Saturday, April 13, in the Church of St. Mary the Virgin, Aldermanbury.  The award is approved by both the Alumni Council and the Board of Trustees. Up to six alumni can receive the award annually.