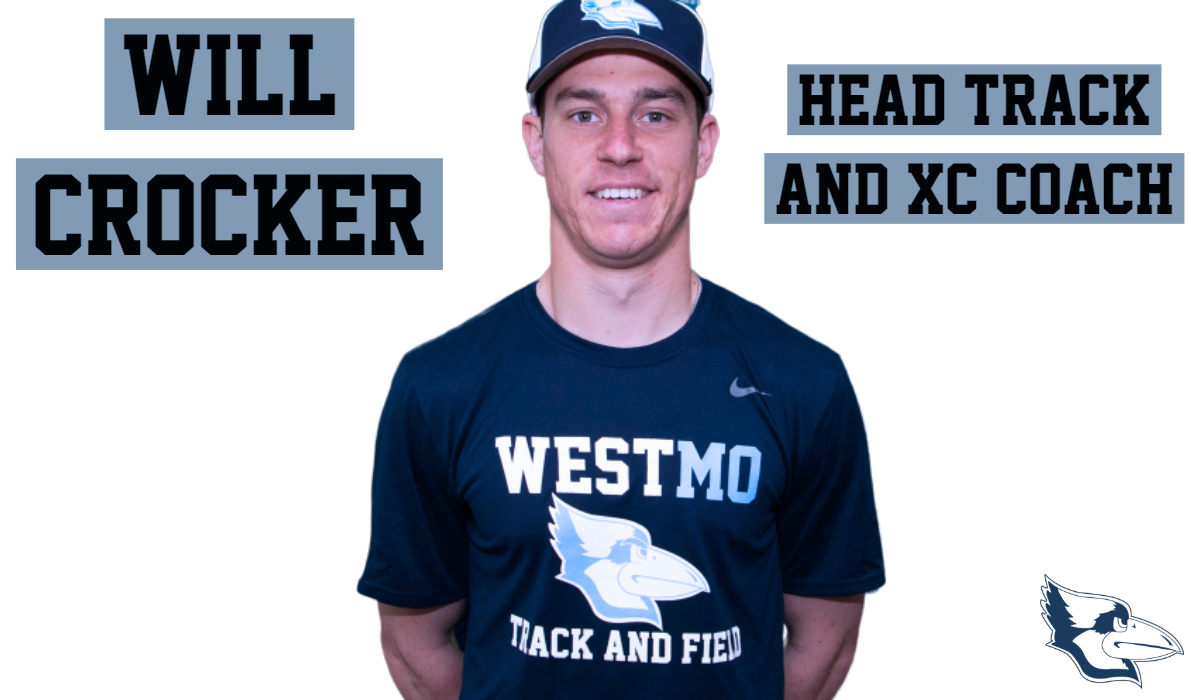 Will Crocker was named the Head Men’s and Women’s Track and Field and Cross Country Coach for Westminster.

Former Head Coach Josh Villareal will take on an assistant role with the team and remain with the Westminster football program.

“First off, I would like to thank Matt Mitchell for giving me the opportunity to be part of the Westminster family,” said Crocker.  “I am very excited to get started and help build the track and field and cross country programs back to where they used to be. I have lofty goals that I have set for myself but I think if we get the right student-athletes here then we will be able to reach these goals and be competitive on the conference and even national levels.”

“We are so excited to have someone as talented and passionate about the sport as Will, as well as someone who competed just down the road at Mizzou,” said Westminster Director of Athletics Matt Mitchell. “I’m positive he’ll make a positive impact on the program as well as the student-athlete he recruits!”

Crocker spent last season as an assistant coach at the University of North Carolina at Charlotte, overseeing distance and and lifting workouts for the cross country team, recruiting quality student-athletes to the program, and assist with operations at home meets.

Prior to his year in North Carolina, Crocker was a volunteer assistant at the University of Missouri, where he also competed as a student-athlete. He again oversaw the workouts for middle and long distance runners. At Mizzou, he coached six-time NCAA Champion Karissa Schweizer.

Before Crocker was a coach, he competed at Mizzou and as a professional athlete. As a pro, he ran with the District Track Club in Washington D.C. With the team, he ran his personal best 1500 meters of three minutes, 41.44 seconds.

Crocker received his Bachelor of Science in Parks, Recreation, and Tourism from Mizzou in December 2016. He is currently pursuing a Masters of Education from Mizzou in Educational, School, and Counseling Psychology with an emphasis in positive coaching.