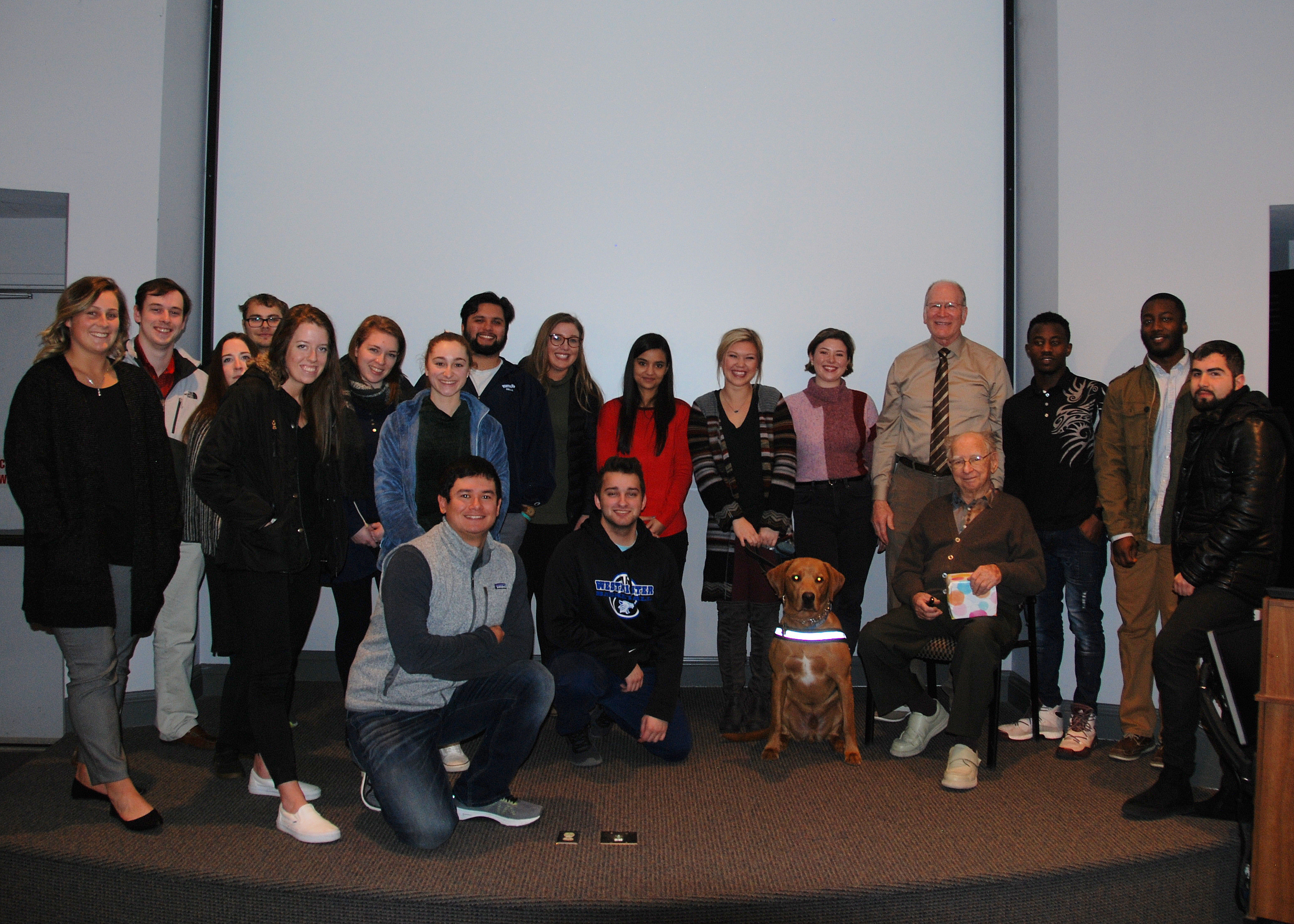 Students in Dr. Cliff Cain’s Religion 346 Class saw a dark side of history come alive when they visited the Holocaust Museum & Learning Center in St. Louis, MO, on Jan. 27. The class, titled “Religion and Violence: The Holocaust and Other Genocides,” toured the museum and listened to a one-hour presentation by Dachau Concentration Camp survivor Mendel Rosenberg.

Rosenberg was captured with his family by the Nazis when he was 13. He subsequently lost both his father and brother in the German work camp. After three years of hard labor, Rosenberg and his mother were set free when the Americans liberated the camp in 1945. “Although he had a number, which Nazis gave every prisoner, he remained no longer a number to the students,” Cain explains. “He became a personal, living example of someone who was put into the camps.”

Westminster College student Eliza Tovizi ’19 of Szolnok, Hungary, visited the Auschwitz-Birkenau Memorial and Museum in Poland four years ago. She says displays at the St. Louis Holocaust Museum brought back vivid memories for her. “I believe it is incredibly important to learn about genocides that took place — or are taking place — in the world, so we can learn what human cruelty is capable of,” Tovizi says.

Learning difficult lessons about human cruelty is all part of the experience, Cain explains. He adds that he always takes his Religion 346 students to the museum, which is comprehensive in scope but can be viewed in its entirety within about two hours. In contrast, the Harrod-C.S. Lewis Professor of Religious Studies says he can spend weeks at the U.S. Holocaust Memorial Museum in Washington, D.C.

Incidentally, the national museum is where Cain met Dr. Philip A. Cunningham, who will present the Seventh Annual C.S. Lewis Legacy Lecture at 11 a.m. Thursday, Feb. 7, at the Church of St. Mary the Virgin, Aldermanbury. Cunningham is Co-Director of the Institute on Catholic-Jewish Relations at St. Joseph’s University in Philadelphia, PA.

The upcoming lecture and recent museum tour are both ways Cain’s students are learning in a concrete way about the horrors of genocide. Cain says the museum, in particular, is “a great way of ‘making incarnate’ the things students read about and study in the books and other literature used in the course.”