Westminster Alumnus Named to One of Most Prestigious Graduate Fellowships 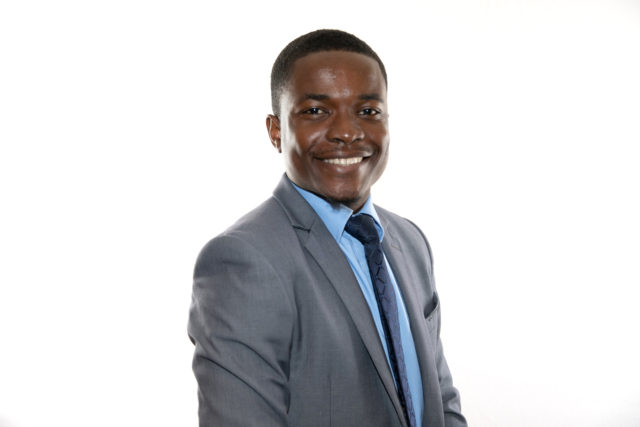 As he started his senior year, Westminster Senior Class President Joseph Opoku ’18 from Accra, Ghana, submitted an application for one  of the world’s most prestigious graduate fellowship programs, Schwarzman Scholars, located at Schwarzman College at Tsinghua University in Beijing, China.  He submitted three essays, three letters of recommendations, a CV, and a minute-long  introductory video, along with 2,800 other applicants.

“In November, I was invited for an  interview in New York City with the Schwarzman Scholars selection committee,” Opoku says.  “I was interviewed by a high profile panel of six people, including the program’s global head of admissions.  Questions focused on my leadership experience, current work at the U.S. Chamber of Commerce, my  Westminster senior thesis on China in Africa, artificial intelligence, and my non-profit work in Ghana.”

Only a little over 400 candidates received New York interviews and were questioned by major  CEO’s,  former heads of state, university presidents,  journalists, non-profit executives, and other leaders from around the world.

Obviously,  the interview was very successful because Opoku received word the first week of December that he had been named one of only 147 as a member of the Schwarzman Scholar class of 2020.  The class is comprised of students from 38 countries and 119 universities with 40 per cent originating  from  the United States, 20 per cent from China, and 40  percent from the rest of the world.

“When I received the announcement, I froze for five seconds,” Opoku remembers.   “I was extremely happy and humbled to be selected for a program considered the Rhodes Scholarship of the 21st century.  I called my family in Ghana and shared the good news.”

Schwarzman Scholars counts among the Class of 2020 a group of remarkable individuals including the writer of the winning essay that named the NASA Mars rover- Curiosity; a medical doctor who founded a science policy think tank in partnership with London City Hall and the European Commission; a documentary filmmaker; a Captain of the British Army Taekwondo team; the first Muslim elected official in Jersey City history; a classically trained opera singer who was also named Trinity College Dublin’s business student of the year; an activist who successfully petitioned the Obama White House to increase the number of Syrian refugees admitted to the United States; and a first generation college student who went on to become a NASCAR driver.

“We are thrilled to have another cohort of outstanding young people from around the world,” said Xue Lan, Dean of Schwarzman Scholars. “We look forward to bringing these exceptional minds to Tsinghua and Schwarzman College to explore, debate, and discover the future direction of our global community.

Joseph first heard about Westminster when his high school history teacher  in Africa was teaching about Churchill, and Joseph gives a great deal of credit to the College for preparing him to be successful in his application.  “The small nature of Westminster’s classes allowed me to develop life-long connections with faculty,” he says.  “Dr. Jeremy Staughn, Dr. Sam Goodfellow, Dr. Kali Wright Smith, Dr. Carolyn Perry, Dr. Heidi LaVine and former professors, Dr. Lisa Fein and Dr. Bob Hansen were all involved in some capacity. Westminster classes offered me a global perspective on issues and the tools to succeed in diverse sectors. Last year, I wrote my Westminster senior thesis on China in Africa and this opportunity allows me to probe the topic further. Westminster College also offered me numerous avenues for leadership in organizations like SGA, Student Ambassadors, Debate Club and Global Development & Progress among many others.  I consider this a truly Westminster achievement. “

Joseph Opoku was truly one of Westminster’s rock stars.  Before attending Westminster, he took off a year from his studies to start the Youth Impact Workshop in Ghana, a programs that gives young people the skills and resources to become successful entrepreneurs in their own businesses.  In the first four years, over 300 young people went through Joseph’s program.  While at Westminster, he was a Mastercard Foundation Scholar and spoke at an international conference in Cairo, Egypt, on science, technology, and innovation.

All Schwarzman Scholars will study and reside at Schwarzman College, named by Architectural Digest as one of the 9 Best New University Buildings in the World. The LEED Gold, state-of-the-art building at Tsinghua University was designed by Robert A.M. Stern Associates to encourage cross-cultural connections and intellectual exchange.  In addition to a core curriculum, Scholars will pursue an individually designed concentration, drawing from Schwarzman Scholars courses in public policy, international studies, and economics and business, as well as from other departments at Tsinghua University.  Beyond the classroom, scholars will gain unrivaled exposure to China and a broad network of important relationships through unique internships, mentorship opportunities, high-profile speakers and opportunities to travel throughout China. Scholars will also have access to career services support that will help prepare them to make the best of their time in Beijing and beyond. This combination of coursework and cultural immersion will provide students with a first-hand, in-depth understanding of China, critically important to leading in the 21st Century.

Once Joseph completed the Schwarzman Scholars program, he wishes to return to his homeland.  “It is my goal to be actively involved in the policy formulation process in Ghana,” he says.  “China has become such a critical actor in African affairs and I think that the continent’s future leaders must have deep understanding of China’s role in our development. I am excited about the opportunity to immerse myself in Chinese culture while pursuing a Masters in Global Affairs at one of its most prestigious universities. The leadership development and network the program provides will be important in helping me return to make a difference in Ghana.”

Schwarzman Scholars was inspired by the Rhodes Scholarship and is designed to prepare future global leaders to meet the geopolitical challenges of the 21st century. The vision of Schwarzman Scholars is to bring together the world’s best young minds to explore and understand the economic, political and cultural factors that have contributed to China’s increasing importance as a global power, and to make them more effective as links between China and the rest of the world.  Scholars chosen for this highly selective program have demonstrated exemplary leadership qualities and the potential to bridge and understand cultural and political differences. They live in Beijing for a year of study and cultural immersion, attending lectures, traveling, and developing a better understanding of China and  earn a master’s degree in global affairs. 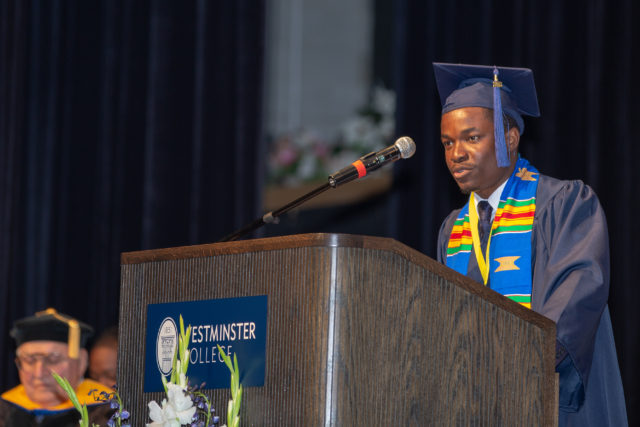