Westeryears: The Story Behind Latshaw Plaza 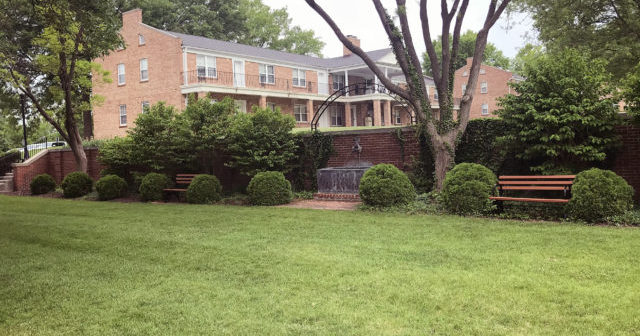 People come from all over the world to see the famous “Breakthrough” sculpture, created from eight panels of the original Berlin Wall by Sir Winston Churchill’s granddaughter Edwina Sandys and located adjacent to the restored 17th century Christopher Wren church on campus, the Church of St. Mary the Virgin, Aldermanbury.

The magnificent sculpture stands on a beautiful flat piece of land on campus overlooking the street which is known as Latshaw Plaza.

As visitors are touring the area, they often stop to read the plaque there which carries the inscription “In Memory of Henry John Latshaw III  1962-1979,” and they ask who Mr. Latshaw was. 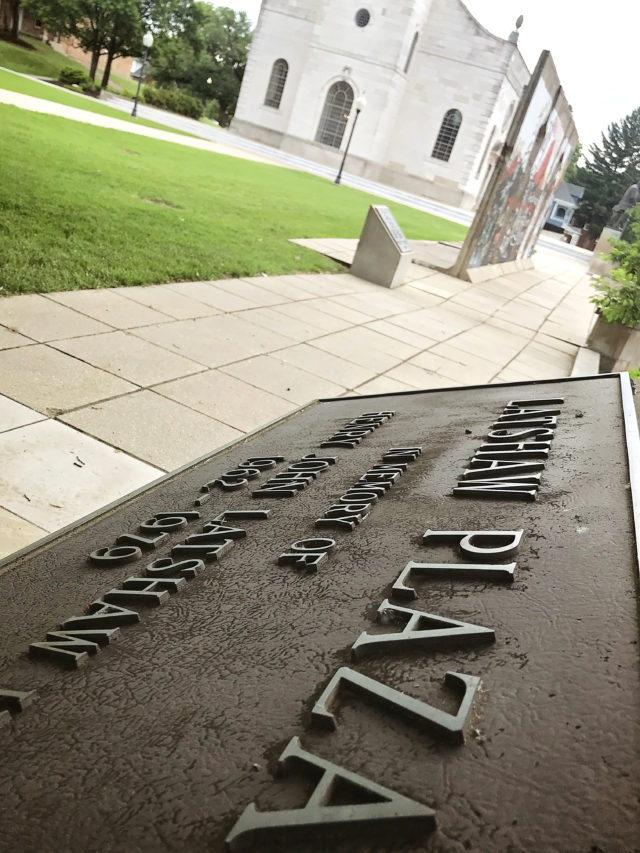 For those on campus who are unfamiliar with how Latshaw Plaza received its name, Westeryears has researched the story.

John Latshaw was an imposing person in every way, which is why he received the nickname “Big John.”

Latshaw was big in stature, big in personality, big in success, and big in civic and philanthropic involvement.

In fact, when asked how tall he was, John always answered: “five foot-twenty.”

He was a highly successful Kansas City securities dealer who was described in this way:

“John was larger than life, and not just because he was tall, but because no one could fill his shoes.

He was gracious to all, elegant but down to earth.

He had a delightful sense of humor, an impish grin, and always a twinkle in his eye; who loved life—’making money and having fun—but not one without the other.'”

From his teenage years on, he was known as the kind of wonderful dancer who could clear the ballroom and was still making the women swoon by the end of his life with his great dancing talents.

His kindness was legendary.

Friend Josie Pickard Gordon Foote remembered the time she was having dinner with John when they ran into a doorman John knew who was taking his daughter to dinner in celebration for making the honor roll.

John made certain with the hostess that the dinner tab for the man and his daughter be put on his bill.

His nephew Neal Anderson recalled once when John was helping him struggle through a speech class at Auburn University and told the boy about something that had once happened to him while speaking.

John was giving his speech and could see a waiter wandering around the room with a single dish of green ice cream without a clue who the owner was.

After a few minutes, John could see the waiter’s frustration growing and so he stopped mid-speech and asked for the person who had ordered the green ice cream to please raise his hand.

He brought down the house. 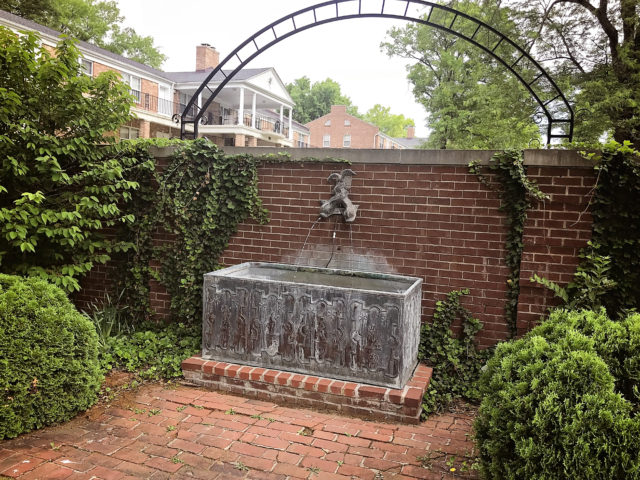 Perry Bacon, who worked with John Latshaw for 25 years and who Latshaw recruited to be President of B.C. Christopher & Company, said of John: “John was a take-charge kind of guy, and when leadership was called for, he was not afraid to step forward.”

Michael Braude, former President of the Kansas City Board of Trade, knew John from the time he was a poor graduate from college who had taken what pennies he had available and bought a few shares of stock from E.F. Hutton.

He would check on his stocks regularly, and every time he came to the office, he said John Latshaw “made this 10-dollar kid feel like a million dollars.”

In the early 80’s, when Braude became the President of the Board of Trade, John called him the first week and bought a seat.

He told Braude his grandfather had been one of the early chairmen of the exchange.

Over the next two decades, as Braude put it, John Latshaw was “making a market” in seats, buying and selling them.

Most impressive to Braude was that every time he asked John to buy or sell a seat that would be in the best interest of the Kansas City Board of Trade, John did it, no matter the financial consequences to himself.

Braude, who freely admitted to “loving the big guy” whom he called “a Kansas City icon,” said: “He was a one of a kind.  He was a really good businessman, a really good investor, and a very interesting guy.” 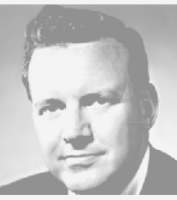 Born on December 10, 1921, to a prominent Kansas City family, John’s life changed when the family fortune was wiped out by the Great Depression when he was only a boy.

His work ethic and determination, even at that young age, pulled him through.

John held five jobs when he as going to school at a time in America when most men could not find one.

As a young man, he began as a cashier for a securities firm for Harris, Upham, until one day he was asked to fill in for a stock trader who was ill.

Though shy, John showed in rapid time that he was a natural born trader, not in the charts and research approach to trading, but as what was known as a “visceral trader” with the kind of great instincts that would bring both he and those who allowed him to invest their money great wealth and success.

By 1954, “Big John” was a managing partner with the brokerage house of Uhlmann & Latshaw, which merged with E.F. Hutton and Company, making John the youngest partner in Hutton’s history.

His opinions on the stock market were regularly quoted in Business Week, Time magazine, and the New York Times.

At a time in his life when most men would have retired, he became Chairman of the Board and Chief Executive Officer of B.C. Christopher and Company, and then left to start his own company Latshaw Enterprises, Inc., which included Latshaw Tools, Wescon Products Company, Anderson & Forrester, Coast Wire & Plastic Tech, Inc., and MC Electronics.

A true visionary, he worked with his friend Lamar Hunt to bring the unknown sport of soccer to America, forming the North America Soccer League. Latshaw’s team, the Kansas City Spurs, won the first championship.

He formed a coalition with other civic leaders to bring cable television to Kansas City, creating the fifth largest cable company in the U.S., American Cablevision.

His interests also extended to politics, which started when President Harry Truman, a friend of his uncle, befriended him. Although he was a lifelong Democrat, he ran the Re-elect Nixon campaign for Missouri and Kansas in 1972 and was National Chairman of Democrats for Ford. 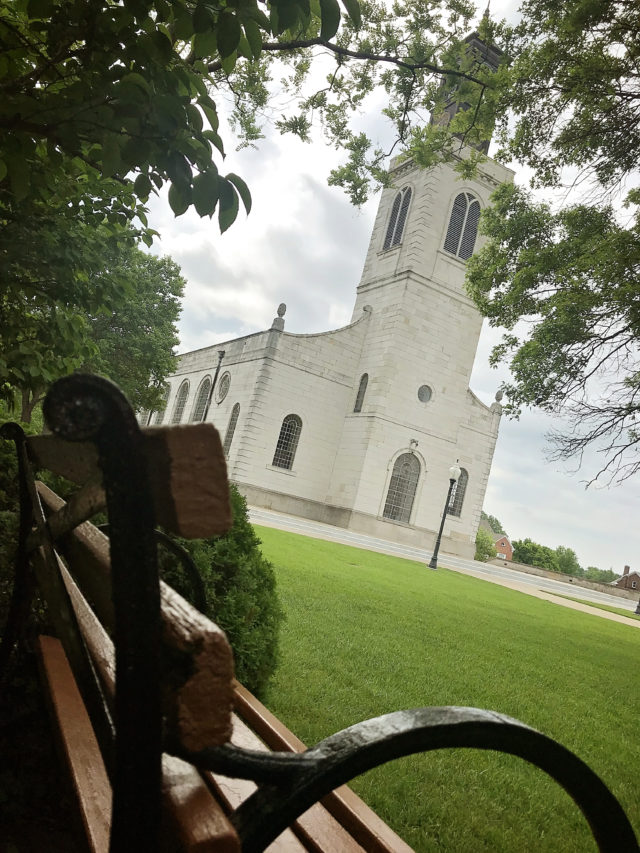 He was appointed His Majesties’ Royal Thai Consul to the United States by His Majesty the King of Thailand.

The list of boards and commissions he chaired or served as a member in his obituary is one page long, single spaced.

Almost every Kansas City organization one could name, from Starlight Theatre to the Kansas City Zoo or The American Royal to the University of Missouri-Kansas City, listed John Latshaw as a member.

Fortunately for Westminster College, our school was one of the many organizations John Latshaw loved and supported. He served on the Westminster Board of Trustees from 1981-1996 and was made a Lifetime Trustee in 1996.

But in spite of all John Latshaw’s success and accomplishments, his life was marked by an unbearable tragedy: the loss of his 16-year-old son, Henry John Latshaw III.

Young Latshaw was driving his truck on bluff roads south of the Kansas River one night when the left front tire slipped over the edge, causing the truck to flip and roll over on the young man.

A companion who was unharmed ran five miles through city streets, over highways, and through backyards to a Kansas City police station to find help after being unable to flag down any passing cars.

Sadly, nothing could be done to save the young man.

Years after the tragedy, when the “Breakthrough” sculpture project was conceived in 1989 to commemorate the end of the Cold War in memory of the British statesman who had coined the phrase in his famous Westminster speech, John saw the opportunity to honor his late son.

He became a leading supporter and benefactor of the project, and thus Latshaw Plaza was named for his son. 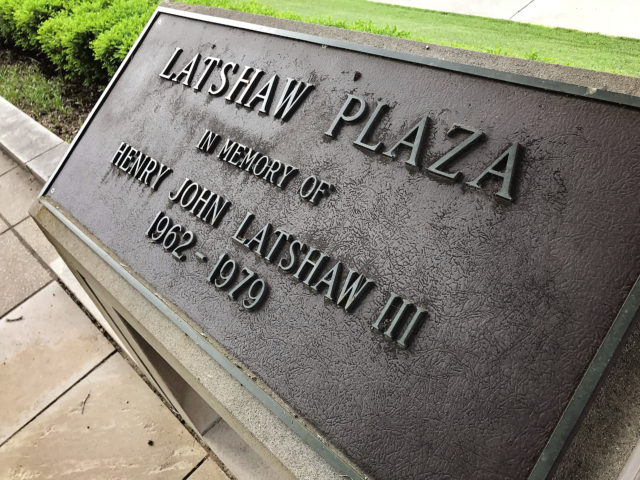 On November 9, 1990, when “Breakthrough” was dedicated, along with the list of impressive dignitaries such as former President Ronald Reagan, Edwina Sandys, Missouri Governor John Ashcroft, and the German Minister Plenipotentiary Fritjof von Nordenskjoeld who were present, John Latshaw was proudly there as well.

A fellow Board of Trustees member at the time, J. Peter Gattermeir ’62 FIJI from Kansas City, Missouri, recalls John saying about President Reagan’s speech as the two were disrobing from the ceremony that day: “That speech will go down in history as one of the great speeches of all times.”

John Latshaw passed away in his second home in Naples, Florida, on July 18, 2010, and although he was well known around the world, he never forgot his beloved Kansas City, nor the causes he supported so passionately there or the beautiful campus space he made possible at Westminster—Latshaw Plaza. 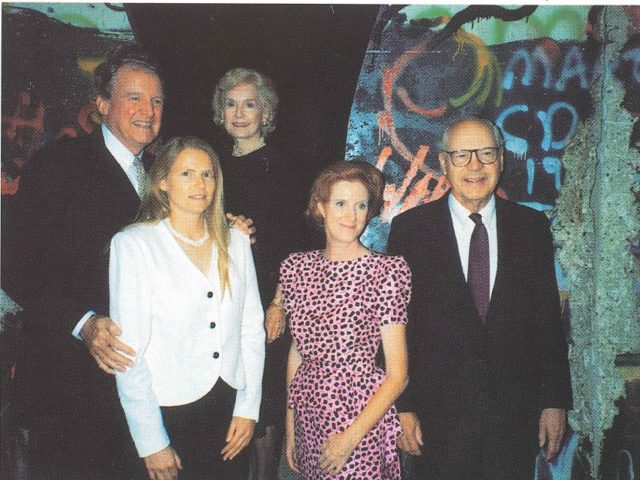