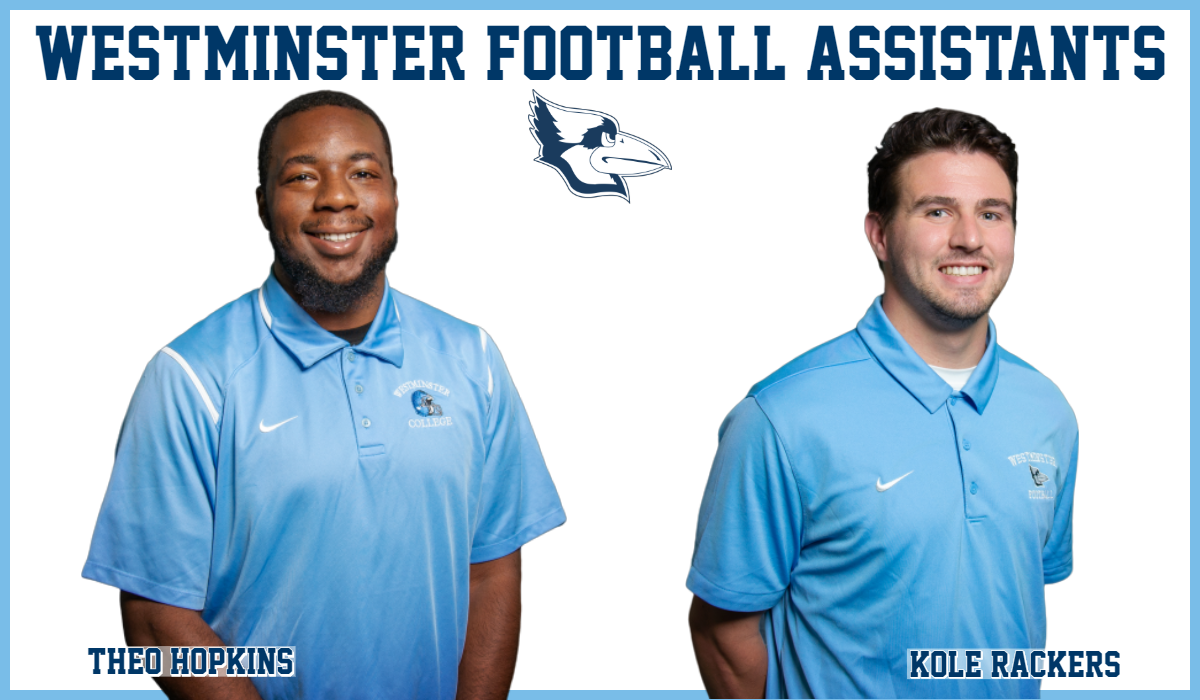 On Aug. 9, Westminster football announced the addition of two assistants to the staff: Theo Hopkins and Kole Rackers (’18).

Hopkins is a 2019 graduate of Quincy University, where he was an All-Conference honorable mention selection in 2018. During his senior All-Conference season, he played in 10 games, recording 16 tackles and rushing for 527 yards for five touchdowns.

Prior to Quincy, Hopkins was on the roster for two seasons at Illinois State, including his redshirt freshman season when he appeared in 13 games. Hopkins was part of a Redbird team that won a Missouri Valley Conference Championship and was a national runner-up.

Along with his playing career, Hopkins attended sessions at the Missouri Minority Coaches Association Coaches Clinic. During his time at Quincy, he interned at the Adams County Juvenile Detention Center and worked with the Tim Tebow Foundation in its Night to Shine event.

Rackers is a 2018 graduate of Westminster and a member of the football team from 2014-17. During his time as a Blue Jay, Rackers was named the Blue Jay Special Teams Player of the Year and was an Academic All-Conference member in 2016. Rackers was also a member of the Track and Field team, where he was named to the All-Sportsmanship team in his senior season.

Along with athletics, Rackers was a member of Sigma Alpha Epsilon and a Blue Jay Athletic Mentor. He also assisted in the Wetterau weight room and worked in the athletic training program during his season year.

Hopkins will be working with the defense while Rackers works with the offense and wide receivers.