Three Retiring Faculty Members to be Honored During Alumni Weekend

All three will be honored at a retirement reception during Alumni Weekend at 3:30 p.m., April 12, at Hermann Lounge in Hunter Activity Center. 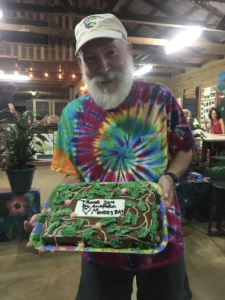 About Dr. Michael Amspoker
Dr. Michael Amspoker, Professor of Biology, has been a member of the Westminster College faculty since 1986. He was the Cameron D. Day Chair of Biology from 2005 to 2018. During his tenure at the College, Amspoker has received the Sears-Roebuck Foundation Award for Teaching Excellence and Campus Leadership, the Governor’s Award for Excellence in Teaching, the Outstanding Faculty Award by the Westminster Parents Association, Professor of the Year from Alpha Chi, and the Patricia Kleine Liebling Parents Association Faculty Award, and Alpha Chi’s Lifetime Achievement Award.

Born and raised in Southern California, Amspoker says he developed an early and incurable fascination with the oceans and marine life, which led to his lifelong teaching career in the biological sciences and 17 off-campus trips with Westminster students to Kenya, Belize, and Peru/Ecuador, including the Galapagos Islands. He earned a bachelor’s degree in Zoology from the University of California, Davis, in 1970, a master’s degree in Biology from San Diego State University in 1973, and a doctorate in Botany from Oregon State University in Corvallis in 1977. Amspoker has remained enamored with marine and freshwater diatoms throughout his teaching career and subsequently described two new genera and two new species of diatoms during his tenure at Westminster.

In his retirement, Amspoker plans to explore nature photography, the mysteries of the banjo, and whatever else seems interesting. 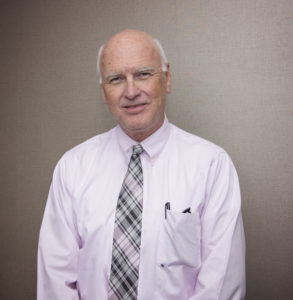 Dr. Robert Cowles joined the Westminster faculty in 2000 after working as a principal, counselor, and classroom teacher in the St. Louis area for 30 years. While at Westminster, Cowles has served as Professor of Education, Associate Professor of Education, and Division Chair for Social Sciences. Over the years, he has taught Classroom Organization and Management, Foundations of Education, and Secondary School Teaching. In addition, he has supervised student teachers and offered courses in and was Director for the Westminster Seminar Program and First Year Experience. Cowles has served on the College’s Calendar Committee and on the Academic Affairs Committee of the Board of Trustees. He also has been Coordinator of the James Madison Fellowship Program for Graduate Education in Social Studies.

In his retirement, Cowles plans to ride his bike, travel, continue to write children’s stories, and enjoy the peace and quiet of the Innsbrook community.

About Dr. Jeffrey Mayne
Dr. Jeffrey Mayne began teaching at Westminster in 2000 after serving for a number of years in the Department of Biology at Birmingham-Southern College in Birmingham, Alabama. Prior to that time, Mayne also taught at Vassar College in Poughkeepsie, New York, and Yeshiva College in New York City. While at Westminster, Mayne has taught numerous courses in the Department of Biology, including Biochemistry, Virology, Cell Structure and Function, and Molecular Cell Biology. He also taught a Westminster Seminar course titled “On the Trail of Human Disease.” His professional interests include small RNA viruses, protein trafficking and membrane processes in cells, mechanisms of cell polarity, and membrane protein maturation and processing.

Mayne earned a bachelor’s degree in Biological Studies in 1974 and a bachelor’s degree in Chemistry in 1975 from the Massachusetts Institute of Technology in Cambridge, Massachusetts. He earned a doctorate degree in Biochemistry in 1983 from the California Institute of Technology in Pasadena. Mayne then completed a Postdoctoral Fellowship from 1983 to 1988 in the lab of Dick Compans at the University of Alabama in Birmingham.

During his retirement, Mayne plans to spend about a year traveling around the country in a small pop-up trailer. He says he may spend a year in the Peace Corps after that. Mayne then plans to settle in the Northwest, either in Oregon or Washington.

Westminster graciously requests quotations, letters/cards, and pictures of Amspoker, Cowles, and Mayne that alumni would like to share. Presentations on each faculty member will be gathered together in the next few weeks and presented to the three during Alumni Weekend.