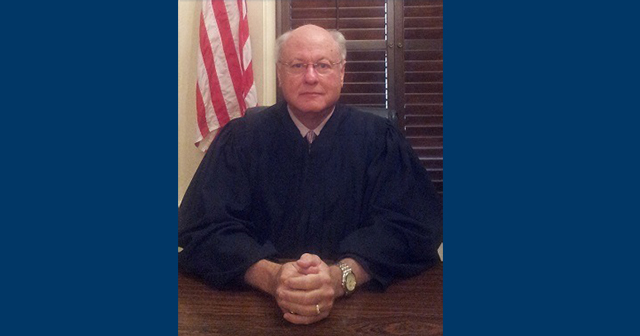 The Sigma Chi International Fraternity Council has bestowed the Honorable Robert Aulgur ’76 ΣΧ with one of the fraternity’s highest honors. Aulgur was named a 2019 Significant Sig by the international council in March. He is one of only five Delta Tau chapter members from Westminster College ever to receive the recognition, which has been awarded to Sigma Chi brothers each year since 1935.

Aulgur will officially receive his award during a special ceremony when the Sigma Chi house reopens on the Westminster College campus this fall. His name will be recognized at the 82nd Grand Chapter meeting in June in Salt Lake City, Utah.

“I was surprised and honored to be named a 2019 Significant Sig,” Aulgur says. “My education at Westminster and the many friendships I made there have been the foundation for whatever success I have provided to my family and community.”

About The Honorable Robert Aulgur

Most recently, Aulgur served as Municipal Division Judge for the 13th Judicial Circuit in Columbia, MO, for three terms before his retirement in 2017.

Aulgur is a known resource in the state of Missouri for various legal issues and has lectured organizations such as the Missouri Bar, the Missouri Department of Public Safety, and the Missouri Highway Patrol on a variety of topics over the years. He has authored several articles and co-authored The Missouri Prosecutors Casebook.

Aulgur is a board member and past president of the Missouri Municipal and Associate Circuit Judges Association. He has served on the board of directors of both the Columbia Chamber of Commerce and Family Counseling Center. He is a past United Way Attorney Giving Committee member and United Way campaign volunteer. Aulgur also has served on the Judicial and Law Enforcement Task Force through the Boone County Commission.

In addition to his civic and community responsibilities, Aulgur was an adjunct professor of Business Law at Westminster College for four years. He also has been a part of the College’s Alumni Council, Alumni Association, and President’s Club.

Aulgur resides in Columbia with his wife, Dr. Linda Aulgur, Professor Emerita of Education. They have three children and six grandchildren.