Student Stories: Students and Faculty Honored at The Winstons 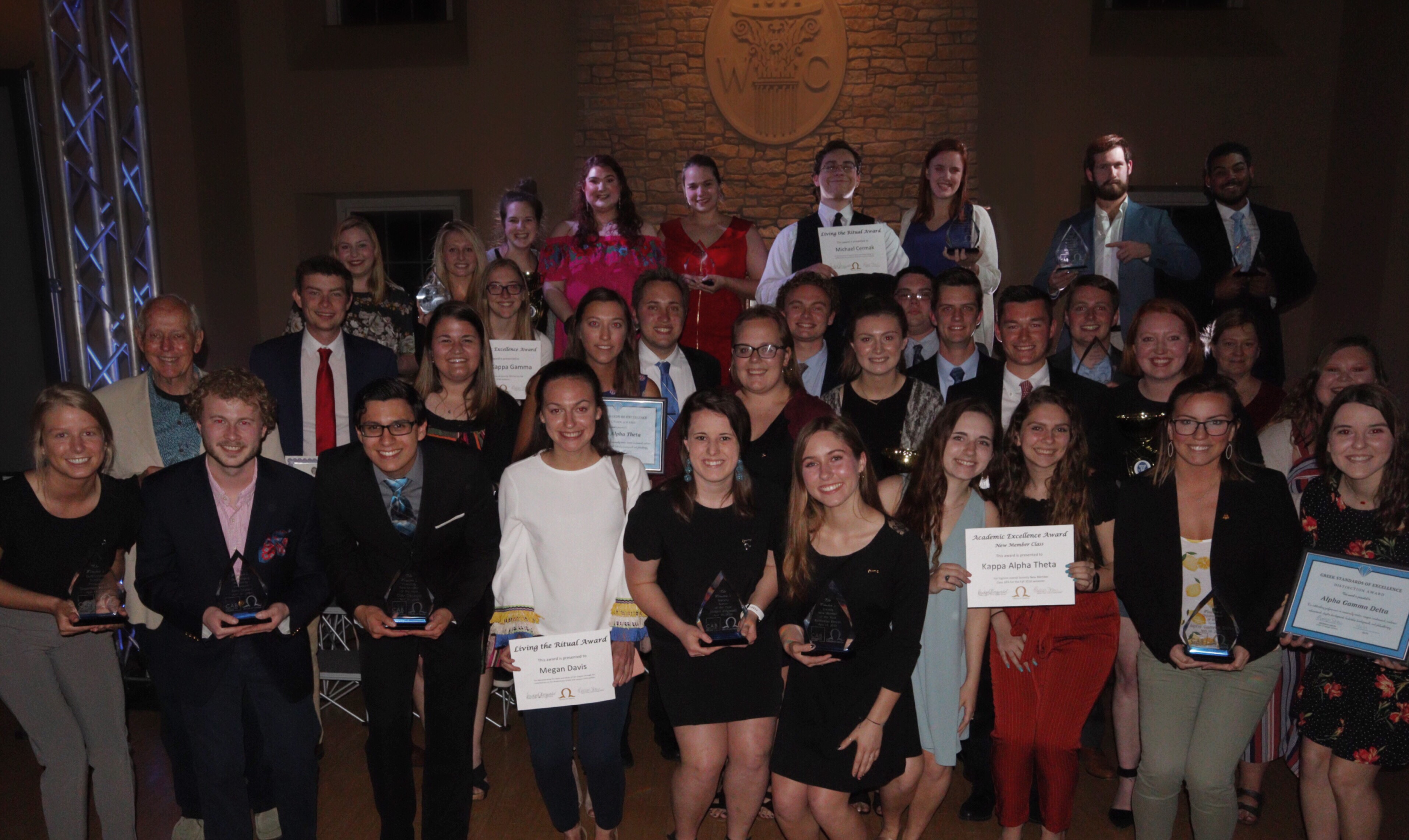 By Madison Ingram ’20 ΚΑΘ, Chief Editor of The Columns

This article is reprinted by permission of The Columns.

A new leadership and Greek awards ceremony coined with the name “The Winstons” was hosted by the Campus Activities Board on Thursday, April 18, in Backer Dining Hall. Students, faculty and organizations were nominated for awards by Westminster students.

The red-carpet awards ceremony kicked off at 7 p.m. and was hosted by Andrew Green, who brought humor and energy to the event. Those who won awards received a glass trophy with their name and award etched on the front. 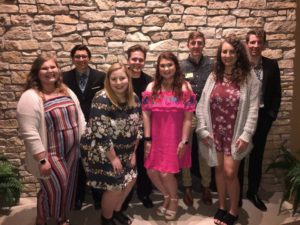 Some of the awards presented at the Winstons were freshman, sophomore, junior, and senior of the year, the Pat Kirby Student and Faculty awards, numerous Greek awards, and the Drosten Cup, which is given to the group or organization with the most service hours and participation in philanthropic events.

The winner of the first ever Pat Kirby Faculty award was Dr. John Langton. Langton announced that this would be his last full semester teaching at Westminster but quickly added he expects to be teaching courses part time for another three years. He received a standing ovation and even moved a few to tears after his speech.

The three winners of the Drosten Cup this year were Eco House, the Women’s Basketball Team, and Alpha Gamma Delta.