Student Stories: Sophomore Studying it All 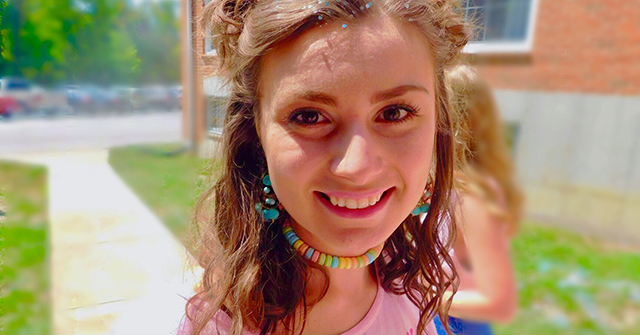 Kayla Bunch is a sophomore at Westminster who is triple majoring in Philosophy, Political Science, and Environmental Studies.

Kayla Bunch, a native of Lindberg High School in St. Louis, Missouri, is a sophomore majoring in not one or two, but three majors here at WestMo. Her three domains of study are Philosophy, Political Science, and Environmental Studies. 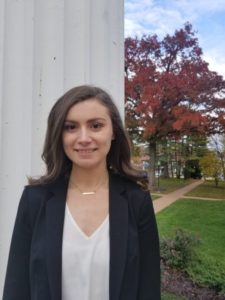 Kayla chose these three majors in particular because she “has a passion for knowledge and progress.” She feels that her “majors complement each other nicely in that the state of our environment is one of the largest concerns in policy currently and will only grow in the future.” She also commented that “the scientific basis of my Environmental Studies major will inform the basis of my political thought, and my philosophy major will contribute greatly to critical thinking and communication skills.”

Most would assume that studying three different disciplines would become stressful or overwhelming, but Ms. Bunch voices a differing opinion. She claimed that “having three majors in and of itself is not overwhelming.” She may undergo a slightly larger class load than an average student, and classes can become a bit difficult of course, but she also feels really happy that she gets to study what she is the most passionate about. She continued that her “majors overlap quite nicely, and my advisors (Kali Wright-Smith, James McRae, and David Schmidt) have been extremely helpful. I will be able to graduate in four years with no problem.”

She is one of a small group of students on campus that venture into the realm of triple majoring, and she encourages more to do so. Kayla emphasized that one should not do more than one major simply for the “wow” factor, but because they want to explore all domains they find interest in. “I strongly believe that the majors that one pursues should be based on the individual. For someone like me, who is unsure of what career path I want to follow, having three majors opens up my eyes to more options and allows a bit more exploration. I think multiple majors can come in handy, for example if you major in International Business and Spanish. Some students are very focused on a certain career or graduate program, and one major is all they need or want to pursue, and I think that is admirable. I’m lucky that my majors complement each other and engage and challenge me. I wouldn’t recommend doing multiple majors just for the resume boost or because you think it looks more impressive, do it because you have a passion for multiple subjects.”

Kayla is becoming prepared in a wide array of fields in hopes of possibly attending graduate school after her time of blazing a new trail at Westminster.