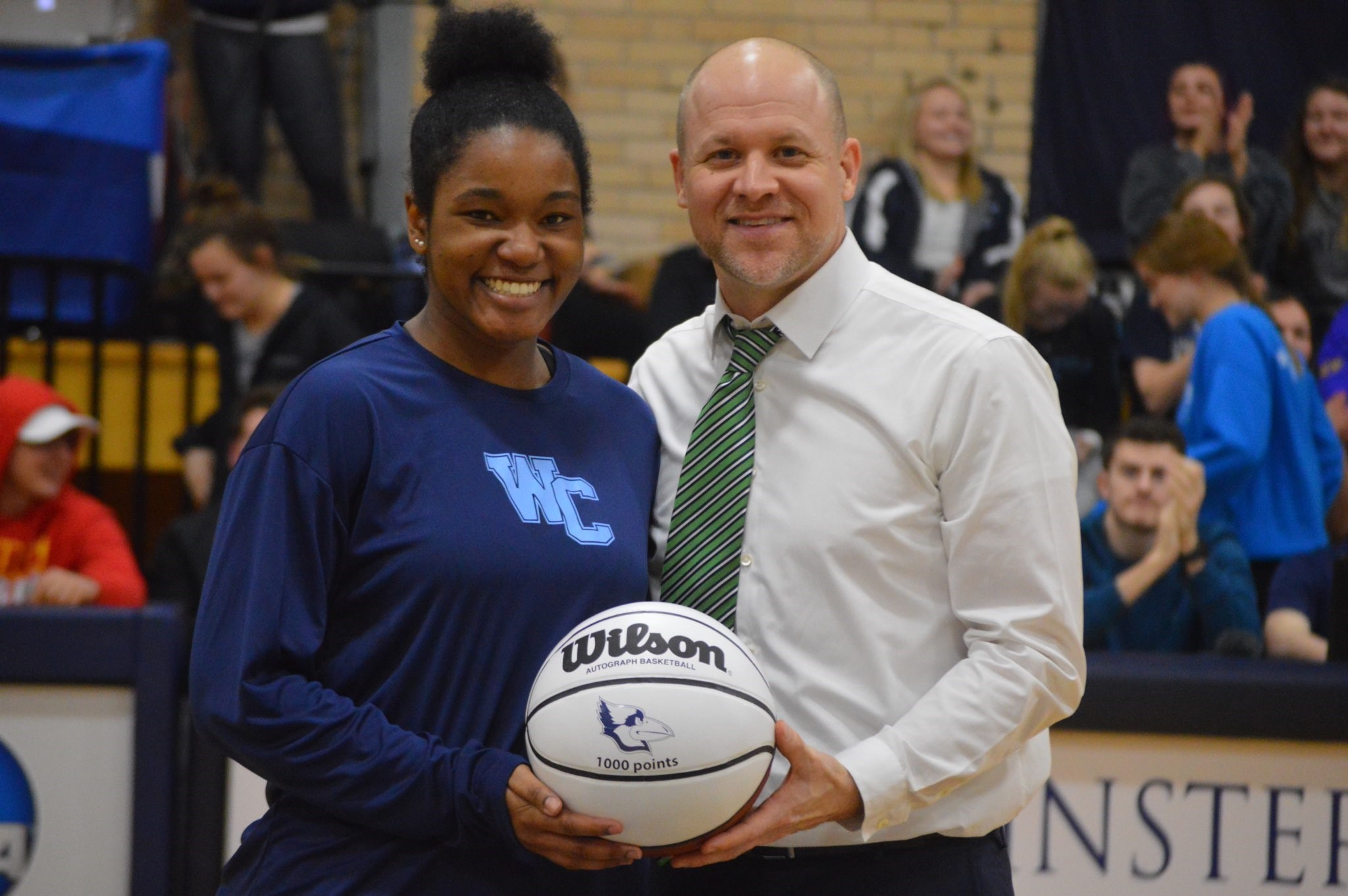 Mirrakohl Johnson is a senior and co-captain on the Westminster Women’s basketball team. She has played all of her four years here at the College and has previously played for nine years before Westminster.

“I feel very relieved and happy for receiving my 1,000th point and breaking the rebound record,” stated Johnson.

When asked if she had any special regimen, she claimed she did not. Instead she used every practice to go hard and prove to herself that she can achieve her goals. When starting at Westminster Johnson had 4 goals. 1 – Achieve a “double double,” this is where a person notches double-digits statistics in two statistical categories, most commonly points and rebounds. The original goal was to average 15 points and 10 rebounds. She ended the season averaging 16.7 points and 11.2 rebounds. 2 – She wanted to break the 1,000 points received by a player and this happened at the Feb. 6th game. 3 – Johnson wanted to break the single season rebounding record, which was 227 rebounds. 4 – Johnson wanted to break the all-time rebounding record at Westminster within the girls team. The record was 688 rebounds set by Cindy Norton in 1994-1998. Johnson ended the season with 297 rebounds.

A motivation quote that sticks with her was “No days off until it pays off.” Congratulations to Westminster’s own Mirrakohl Johnson and her achievements.