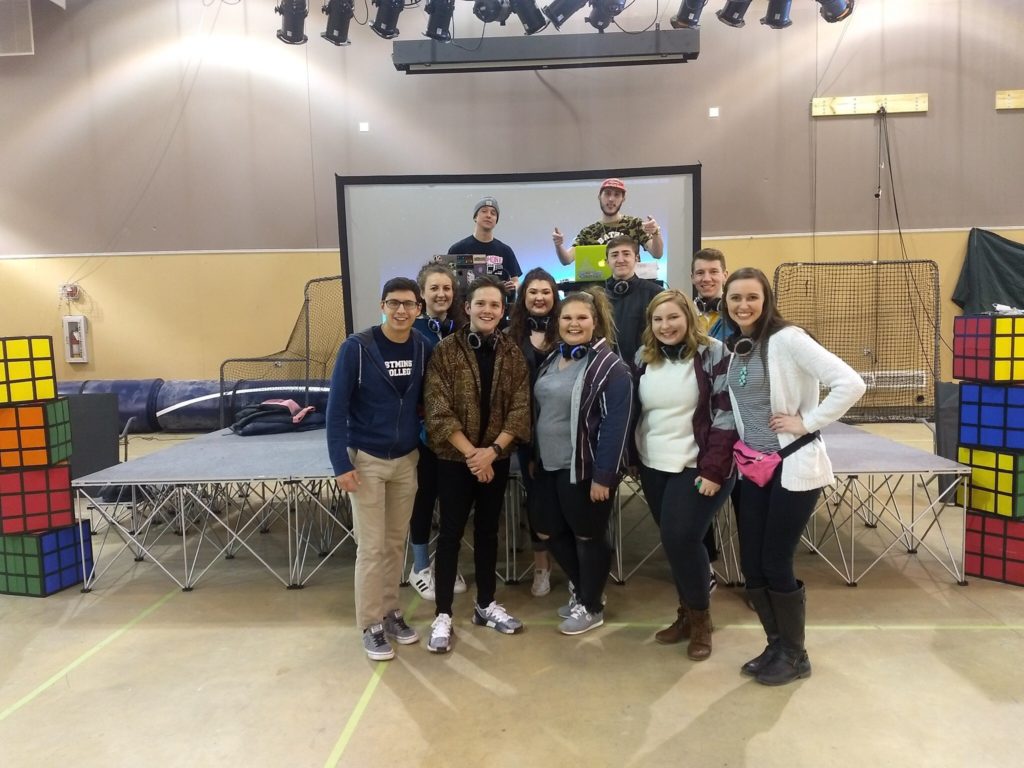 Westminster is excited to announce that Westminster Today will regularly feature stories by our students. The first of our student-written stories is by Chelsea Sharp ’19 of Bridgeton, Missouri.

Reagan DeCamp, Junior and Campus Activities Board President, and the rest of the CAB team planned an event for students to remember: Headphone Disco is an event that took place Feb. 8 in Mueller Student Center. The event brought students together through music and dancing. Each student received a pair of headphones that they could change the channels they listened to, while two DJs played music.

“Something that’s different about Headphone Disco then other CAB events on Westminster’s campus is that to the outside eye, the event looks strange. If you are not wearing headphones, you’ll walk into a silent room with everyone dancing, singing, and having a good time!” said DeCamp.

Reagan isn’t sure if there will be another Headphone Disco, but the event was well enjoyed by plenty of students. She hopes that students recommend the event so that CAB can bring it back. Other recent and upcoming CAB events include a Mystery Bus on March 2 and a Tattoosday on March 26, which will include food trucks and a singer songwriter named Nico to perform. Be on the lookout!