Princeton Review Names Alumna as a Counselor Who Makes a Difference 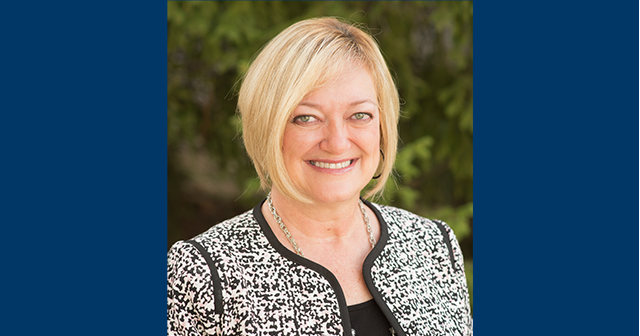 Barbara O’Connell Sams ’85 ΚΚΓ chuckled a little when she heard The Princeton Review ranked her as one of “20 Guidance Counselors Who Make a Difference.” The Review selected Sams and a handful of other counselors throughout the United States just before National School Counseling Week, Feb. 4 to Feb. 8. The Wildwood, MO, resident maintains that many other counselors are deserving of the recognition. “I was honored and embarrassed, to be honest,” explains Sams, who is Director of College Counseling at Whitfield School in St. Louis.

Sams was born just outside of New York City and later moved to Tulsa, OK, before majoring in economics at Westminster College. The rest, as some would say, is history, and yet Sams’ career path is made up of some surprising twists and turns. She laughs when asked if she always wanted to be a high school counselor. As an economics major, her first career aspirations concerned law school, but she changed her mind as an undergrad.

“Senior year, I spent most of the year interviewing for banking positions, and then I volunteered for a homeless shelter and food bank in Jefferson City,” Sams reminisces. “And the more work I did there, the more I realized I wanted to work in the non-profit sector.”

That conviction led to her first paid professional position as an Admissions Counselor at Westminster. The self-described sports junkie and lover of St. Louis Cardinals baseball says the Admissions position introduced her to her other love: education. “I’ve been in it ever since,” she says simply.

Keep reading to learn more about what Sams loved about Westminster and what she does when she isn’t guiding Whitfield liberal arts students through the college-consideration process.

What would you say the best part of your job is? Without a doubt, the students. It is such a privilege to work with students at this point in their lives. I get to know them well as they navigate their college choice. It is uplifting, even when I am spending long nights reviewing essays and writing recommendations!

How long have you been with Whitfield School? This is only my second year at Whitfield. Prior to this position, I worked at Saint Louis Priory School for 13 years, and before that at Lafayette High School. I spent the first sixteen years of my professional career in Admissions and Student Life working for Westminster, Fairleigh Dickinson University, Rockhurst University, Bryant University, and Columbia University.

Which of your achievements are you most proud of? My greatest success has to be the number of students with whom I have worked who still reach out to me. I love to hear from my students as they make their way through college and beyond. A few years ago, one of my former students was named as one of the 50 top business school graduates that year by Poets and Quants magazine. In his write-up, he mentioned the role I played in helping him. That was probably the proudest moment of my career.

What organizations outside of work are you involved in? I have always been active in my profession. I currently am the chair of the Organizational Advancement Committee for the Association of College Counselors in Independent Schools, or ACCIS. And I am working on a project for a local organization that serves under-represented students in the college-choice process. I have served as President and other positions for the Missouri Association for College Admission Counseling. I have served on other national committees and as the co-chair of the Local Arrangements Committee of the Annual Conference for the National Association for College Admission Counseling. I’ve also been an officer for the National Catholic College Admission Association. Beyond professional organizations, I was very involved with the Susan G. Komen St. Louis Race for the Cure for many years, including being the co-chair. I have also been involved with other fundraising efforts for breast cancer and animal rights.

What made you choose Westminster College? To be honest, the really cute Admissions representative! Not really, but it was what brought me over to the table at the college fair I attended as a junior in high school. I wanted a small, liberal arts college that would prepare me well for law school. When I visited Westminster in the fall of my junior year, it was exactly what I envisioned college would be.

What role did Westminster play in leading you to your current position? Drs. John Langton and Russ Jones both showed such incredible faith in me. They pushed me to be a better student and person. They challenged me to take a different path. My roommate, Mia Frick Crum, also had a great influence on me. I had always participated in volunteerism. For Mia though, it was and is an innate part of her heart and soul. Her constant willingness to give, and the love she showed to all again challenged me to think about how I might be a better, more contributing member of society. She is a guiding influence to this day for me. And, I should mention the role that the leadership positions I had at Westminster had in influencing me. As president of Kappa Kappa Gamma and as president of SGA, I learned a great deal about myself and about working with others.

What is your favorite Westminster memory? All of my favorites center on the people whom I met there, in particular my college roommate, Mia Frick Crum, and my dear friend, Kristy Kurt Maher. We had so many funny and meaningful moments together. None of them would have occurred had I not attended Westminster.

Would you recommend Westminster to prospective college students? Of course! I would and I do in my role as a college counselor.

Favorite spot on campus? The trees by The Columns. When my friends and I needed a break, we would climb up and just talk in the trees surrounding The Columns. We saw and heard some pretty interesting things up there at times!

A book you would recommend to others? Some of recent favorites have been Hillbilly Elegy by J. D. Vance and The Hate U Give by Angie Thomas. I am currently working my way through On China by Henry Kissinger.

What do you do in your free time? Golf, read, spend time with friends, and go on walks.