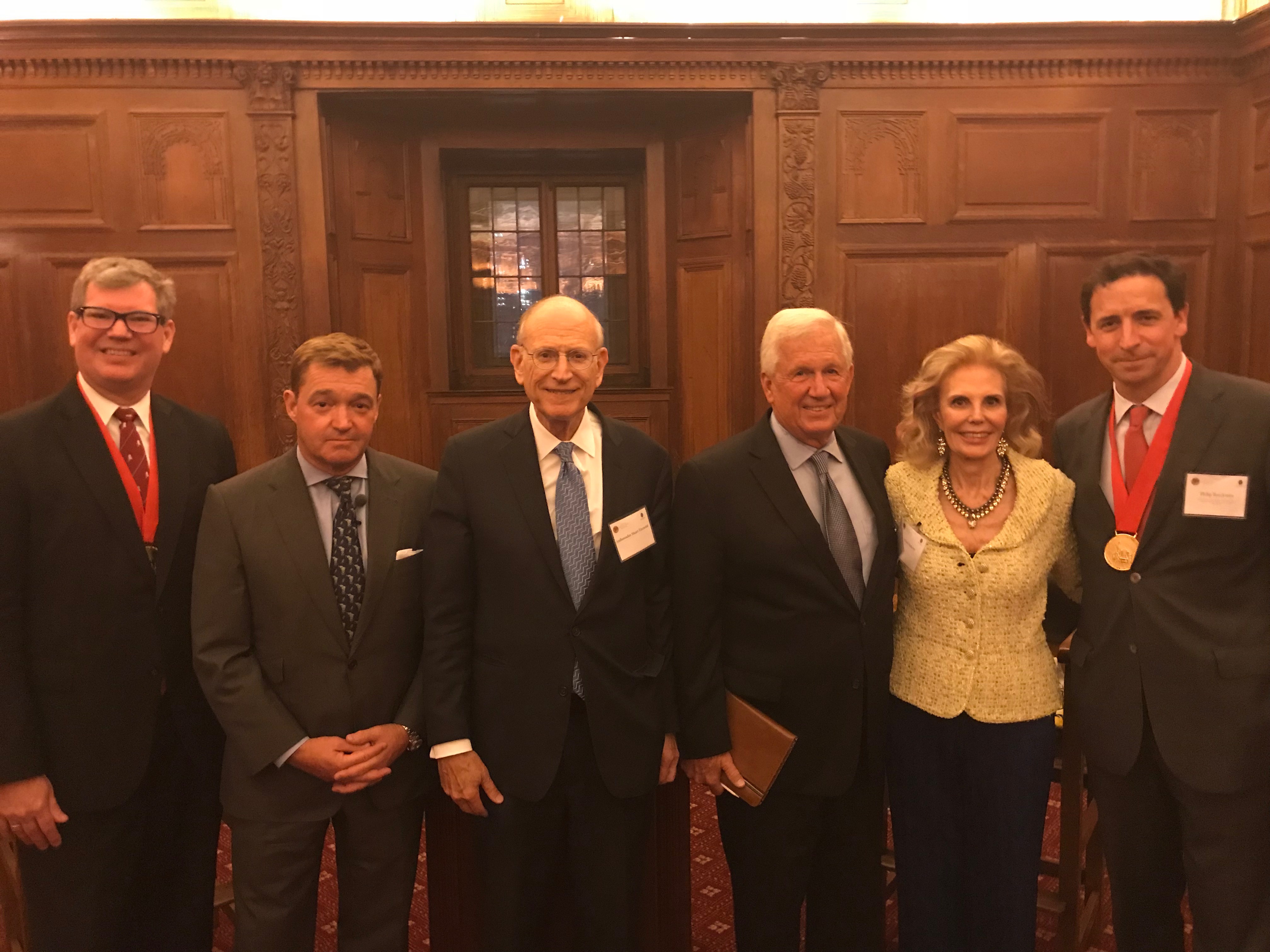 As CEO of Momentum Worldwide, Weil heads up the global marketing agency through its offices in more than 50 countries. Momentum Worldwide strives to prove that smart co-creation drives innovation and growth. This ambitious focus is what characterizes Weil’s leadership of Momentum and powers the company’s award-winning, collaborative creativity. Momentum has experienced double-digit growth year after year and evolved into a global-ideas powerhouse under Weil’s direction.

Ambassador Stuart Eizenstat, currently a partner at Covington & Burling LLP, is noteworthy for his decade and a half of public service in three U.S. administrations. Eizenstat served as Chief White House Domestic Policy Advisor to President Jimmy Carter, U.S. Ambassador to the European Union, Undersecretary of Commerce for International Trade, Undersecretary of State for Economic, Business, and Agricultural Affairs, and Deputy Secretary of the Treasury in the Clinton Administration. His latest book, President Carter: The White House Years was published May 2018.

Riley says the presentation, given before an audience of about 50 people, was received enthusiastically and focused on the theme of leadership. “Ambassador Eizenstat opened the event with his own observations about political leadership and gave a candid, first-hand account on the successes and failures of the Carter administration,” he says.

A highlight of the evening was the dialogue between Eizenstat and Weil that incorporated Westminster’s distinguished history in world affairs that dates back to Churchill’s presence on the Westminster campus in 1946. “It was very good to have an accomplished alumnus and leader of a global marketing company in dialogue with a distinguished statesman like Ambassador Eizenstat, whose personal and professional contributions to global affairs would make, I think, Winston Churchill nod with approval,” Riley says.

Also central to the evening were President Lamkin’s remarks about Westminster and Churchill. “President Lamkin underscored the importance of the legendary link between Westminster College and Winston Churchill,” Riley explains. “Faculty, staff, students, and alumni can be proud of the association with Churchill, and Churchillians everywhere can be rightly proud of Churchill’s connection to the College.”