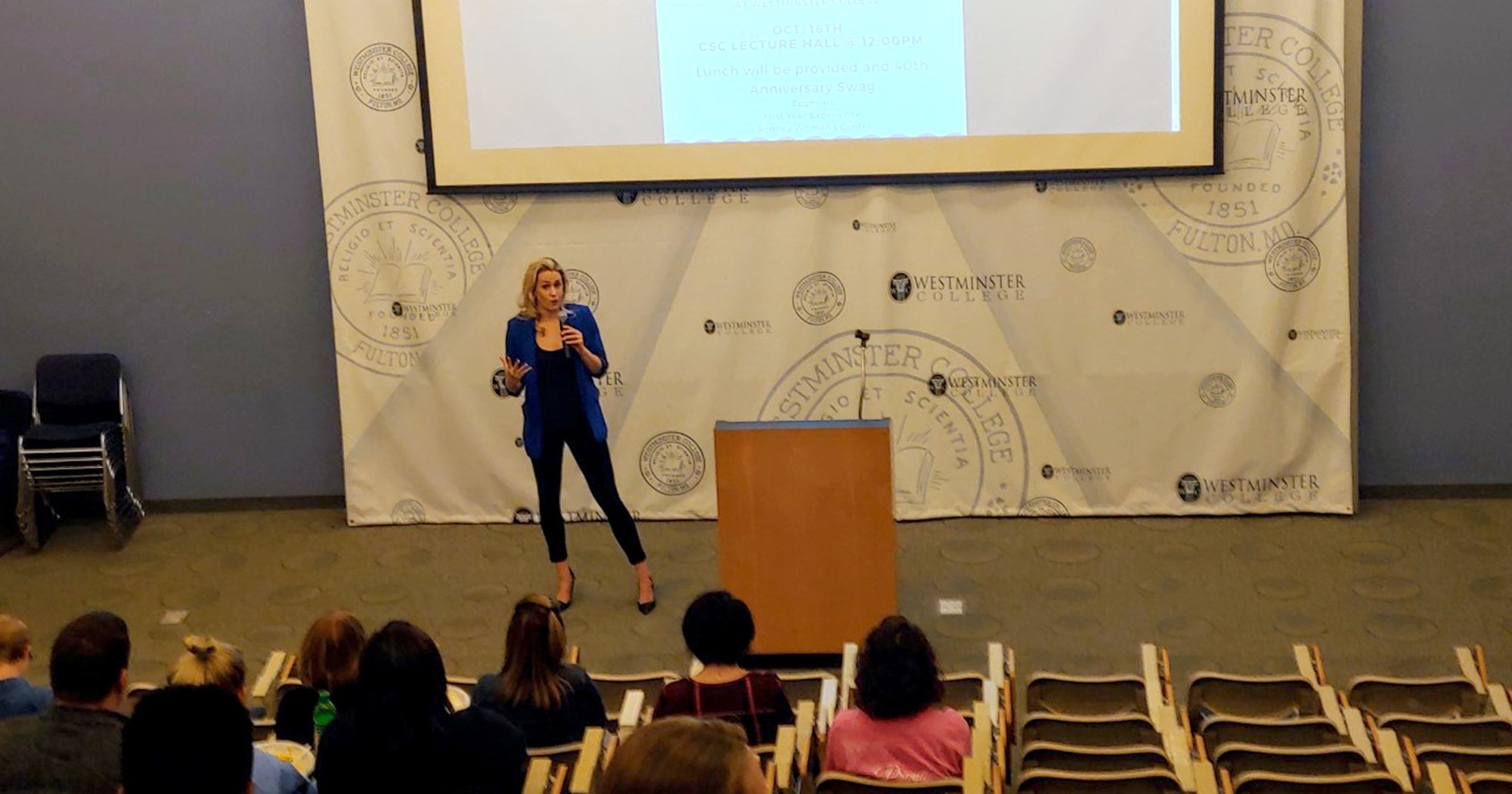 “And I wouldn’t be standing here without my relentless spirit,” Hoff said, connecting her personal story of how she became the youngest Olympian in the 2004 swimming squad at the age of 15.

Hoff’s “Relentless Leadership” presentation took place at noon on Oct. 18 in Coulter Science Center. The talk served as a keynote address given in conjunction with the 40-year celebration of women at the College.

“Her talk resonated with so many areas of campus life right now,” says Associate Professor Dr. Kali Wright-Smith, Director of the First Year Experience, who introduced Hoff prior to her presentation. “It was a perfect fit to host such an accomplished female athlete and professional in a year we are dedicating to the celebration of the achievements of Westminster women.”

A recent TED Talk Speaker, Hoff is the current U.S. record holder in the 400-meter individual medley. She received Sportswoman of the Year in both 2005 and 2007 from the U.S. Olympic Committee and was U.S.A. Swimming’s Female Swimmer of the Year from 2005 to 2007.

Hoff’s swimming career was sidelined in 2016 as a result of a pulmonary embolism, but she says her condition has not crushed her spirit. Hoff currently makes the most of her passion for swimming and health by working in the wellness industry and through speaking engagements.

“To set incredibly high goals for yourself and decide that you are going to pursue those goals no matter what requires passion, resilience and an amazing work ethic,” Wright-Smith says in explaining how the talk was beneficial for all Westminster students.

Read more about Hoff here. For a recap of other Homecoming 2020 activities, go here.

To find out more about celebrations in conjunction with 40 years of women at Westminster, which are headed up by the newly formed Westminster Women Advancing Together (WWAT) Committee, go here.