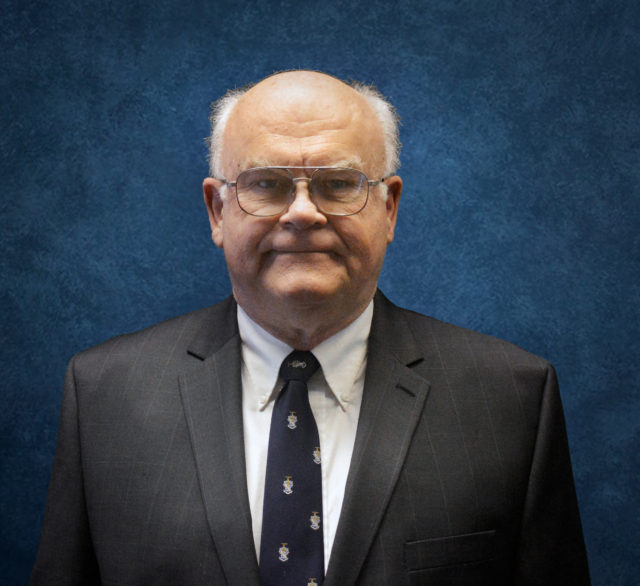 “Bill is an encyclopedia of knowledge about Westminster and the history of the campus passed down through generations of family and friends sharing stories,” says Tim Steinbeck, Class of 1982, who nominated Whitlow for the honor. “His own personal experience growing up in the shadows of The Columns provide the basis for the vast store of information he has about Westminster and the love he has for this institution.”

Whitlow’s family history boasts more than 20 alumni who have attended Westminster, and his love for the College is evident in his dedicated stewardship to both Westminster and his fraternity, Phi Delta Theta, serving as the Chapter Advisor and Chapter Home Association President at different times in his tenure.

Professionally Whitlow had a 22-year distinguished career with Shaw Industries/Bredero Price Company, working his way up from a trainee to Vice-President of Operations of its Energy Coating Company in Houston, TX.

He also worked from 1999-2001 as Executive Director of Administrative Services for William Woods University until he left to complete his professional career as a Project Manager and Properties and Leasing Manager for Prost Builders, Inc.

Whitlow’s ties to Westminster weave a long legacy of providing the College with a steady flow of students throughout many years.

He also facilitated the expansion of college housing by negotiating the turnover of the Phi Delta Theta house to the College in 2013 and the subsequent capital campaign to restore and upgrade the building.

Whitlow is the Secretary and Treasurer of the Fulton Phi Delta Theta Alumni Club and Education Foundation.

“I did not have a lot of time to waste at Westminster because I took advantage of the many experiences Westminster had to offer,” says Whitlow. “In my time, Westminster was a great exposure to other diverse people and disciplines that set a base for my future endeavors.”

Established in 2009 and renamed in 2012, the Jack Marshall Alumni Loyalty Award is bestowed upon alumni who demonstrate continued interest in Westminster College through contributions of time, talent, influence, and/or funds and who have demonstrated exceptional loyalty, commitment, and dedication to the College.

Whitlow will receive his award at a special Alumni Honors Convocation Ceremony to be held at 10:30 a.m. on Saturday, April 13, in the Church of St. Mary the Virgin, Aldermanbury. The Jack Marshall Alumni Loyalty Award is approved by the Alumni Council and given to up to one alumnus/a each year at Alumni Weekend. The Jack Marshall Alumni Loyalty Award requires a motion and a vote from the Board of Trustees for approval.