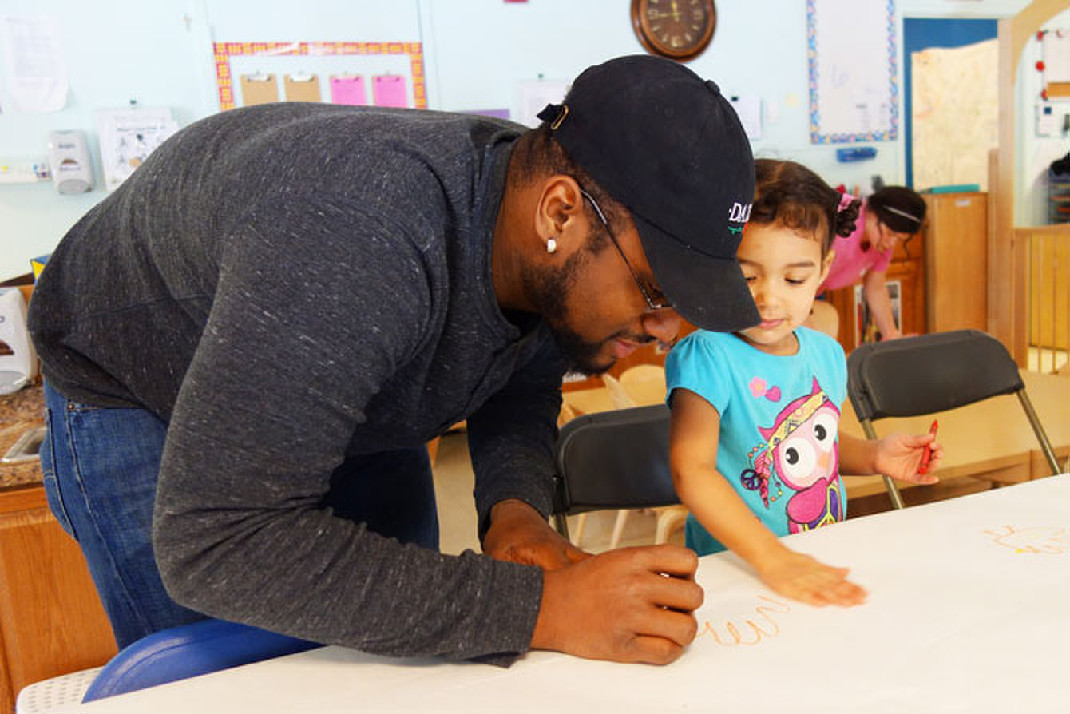 Photo reprinted by permission of the Fulton Sun. Photo by Helen Wilbers.

John Martin ’19 ΣΑΕ of Houston, Texas, recently was featured in the Fulton Sun for volunteering at Fulton Head Start during the organization’s annual 100 Man Lunch. Martin, who also attended the event last year, brought along a few of his Sigma Alpha Epsilon brothers for this year’s event, which took place March 5.

The 100 Man Lunch brings together positive male role models from throughout the local community, with the simple goal of spending time with the children.

Martin is majoring in Business Communication with a minor in English. He says he feels strongly about serving as a role model for children.

“The lunch allows us to influence them at an early age, which goes a long way, because they remember those moments when they got to have lunch with a police officer or fire fighter, or even a couple of college students.”

To read the article, go here.