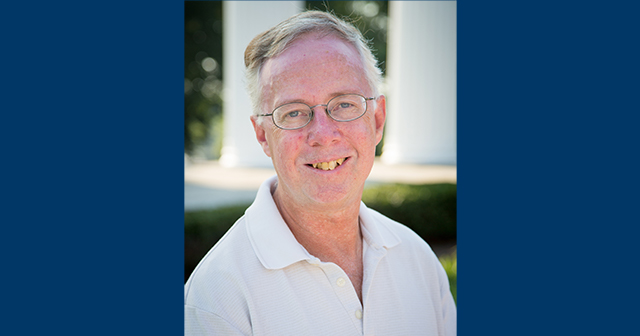 Dr. David Jones, Professor of Psychology, was re-elected President of the Alpha Chi National College Honor Society on April 5 during the organization’s national convention in Cleveland, OH. Jones’ term will last until 2023 and is his second and final term as President.

“I am extremely pleased to be re-elected as President,” Jones says. He adds that because Alpha Chi is one of the nation’s premiere academic societies, serving the organization is an honor.

Jones says his term with Alpha Chi helps a number of students through scholarship and fellowship opportunities. The organization also aids scholars in the publication and presentation of their work and in serving their communities.

“I look forward to working with Executive Director Lara Noah, Director of Operations Katie Holmes, and with the Alpha Chi National Council to further the goals and plans of the Society as we move toward Alpha Chi’s centennial in 2022,” Jones says.

Jones received a PhD in social psychology from the University of Southern California in Los Angeles in 1991, where he taught before joining the Westminster faculty in 1995. Jones was Associate Vice President and Associate Dean of Faculty from 2013 to 2018. He also served as Acting Vice President for Academic Affairs and Dean of Faculty during the 2015-2016 and 2017-2018 Academic Years. He currently serves as Accreditation Liaison Officer and as Marshal of College as well as faculty sponsor of the Missouri Delta Chapter of Alpha Chi at Westminster.