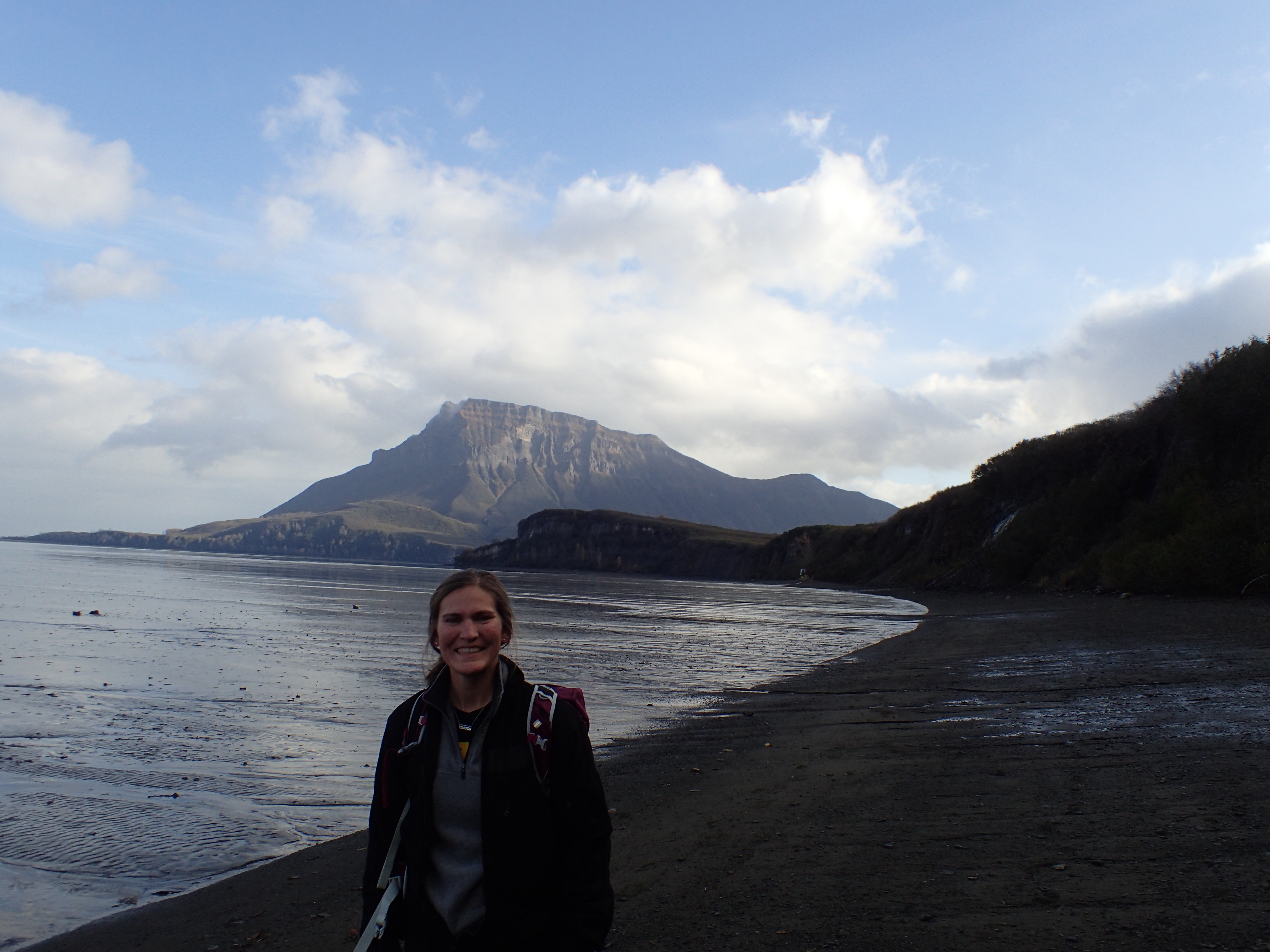 Mikaela Ruga ’16 ΑΓΔ remembers wandering off during preschool recess to dig holes and pick through pea gravel in search of tiny seashells and interesting rocks, stuffing the treasures in her pockets. It wasn’t until Ruga took a geology course at Westminster, however, that she realized the power in her purpose and that she was meant to pursue a career in paleontology.

“It couldn’t have been more than 10 to 15 minutes into that first day of class when I had my first ‘ah-ha’ moment,” Ruga explains, citing Dr. David Schmidt, Associate Professor of Environmental Science and Geology, as her favorite instructor from that point on. “I was on the hook, all in, and there was no going back.” 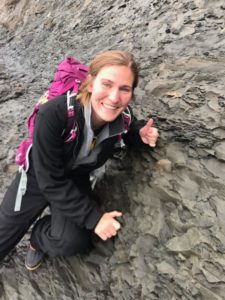 The geology class eventually led to three Westminster summer paleontology field courses in the badlands of South Dakota and Nebraska, where Ruga worked as a field assistant by her third summer.

“Those three summers of field work solidified my love for the subject, and I’ve been rolling with it ever since,” she says.

Originally from Rhineland, Missouri, Ruga today lives in Anchorage, Alaska, and works as an intern with the National Parks Service as a Geoscientist-in-the-Parks for Lake Clark National Park and Preserve in Port Alsworth. The position follows closely behind a master’s of science degree in geological sciences that she earned from the University of Missouri-Columbia in 2018.

“I was working for the University of Missouri Geology Field Camp in Lander, Wyoming, and interviewed for this job in a Carrs-Safeway grocery store parking lot,” Ruga explains, 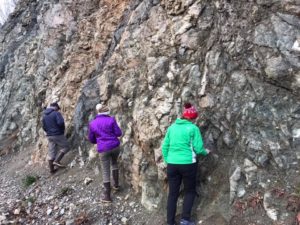 adding, “It was the best place in town for reliable cell phone reception.”

Ruga began her position in October 2018 and says Alaska is perfect her active lifestyle. In the winter, when she isn’t busy with her work, Ruga can be found cross-country skiing, snowboarding, and ice skating. These activities come naturally to Ruga, who played basketball at Westminster after her freshman year.

One of the best decisions she ever made, Ruga says, was speaking with Coach Tracey Braden about trying out for the team. “Any and all memories with my teammates are those I cherish the most.”

If she encounters a quiet moment, Ruga can be found watching Netflix or college basketball, eagerly anticipating March Madness. Resting briefly in the quiet for this interview, Ruga also reflects on how her days at Westminster put her on a path of self-fulfillment for life.

“It sounds cliché, but there was something about it [Westminster] that just felt right,” she says. “I’ve only had a handful of feelings like that in my 25 years of life, and choosing Westminster was one of them.”