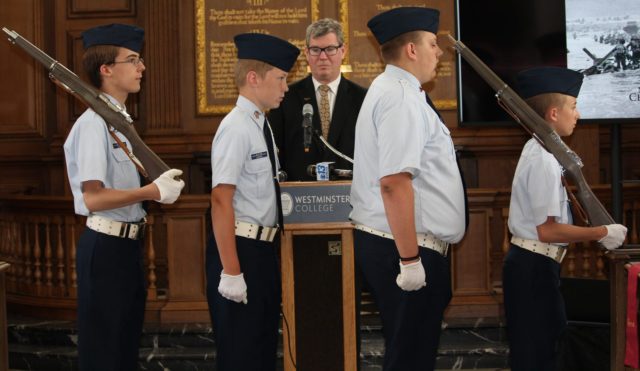 Veterans received a Proclamation and Resolution saluting their bravery on D-Day’s 75th anniversary.

He made his comments following a service at America’s National Churchill Museum at Westminster College on Thursday, the 75th anniversary of the D-Day invasion.

Feltz was among four World War II veterans who were saluted during the ceremonies to commemorate D-Day, a historic battle that changed the course of the war and ultimately helped liberate France.

The commemoration service inside the Church of St. Mary the Virgin, Aldermanbury, part of the museum, was attended by more than 100 area residents and veterans of various wars.

In addition to Feltz, 94, the Museum’s Board of Governors also honored Claude Brauer Friend, 93, of Luebbering, of Franklin County, MO; Richard Toshio “Dick” Henmi, 95, of Webster Groves, MO; and Morton E. “Mort” Harris, 99, of Detroit, MI, who also is a Churchill Fellow.

Three of the four – Feltz (Navy), Harris (99, Army Air Force), and Friend (Army) – were engaged in D-Day operations by sea, air, and on land, whereas Henmi’s role focused on guarding captured German soldiers who were escorting the prisoners of war back to Germany on ships and trains. 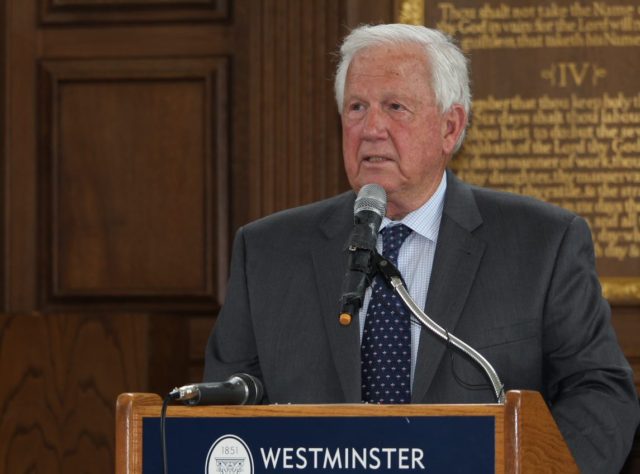 Other remarks were read by U.S. Army Chaplain Lt. Col. Patrick Moore and Churchill Fellow Warren Hollrah ’76, who read Winston Churchill’s June 6, 1944 speech to Britain’s House of Commons to inform the House of the Normandy invasion he helped plan with President Franklin Roosevelt. 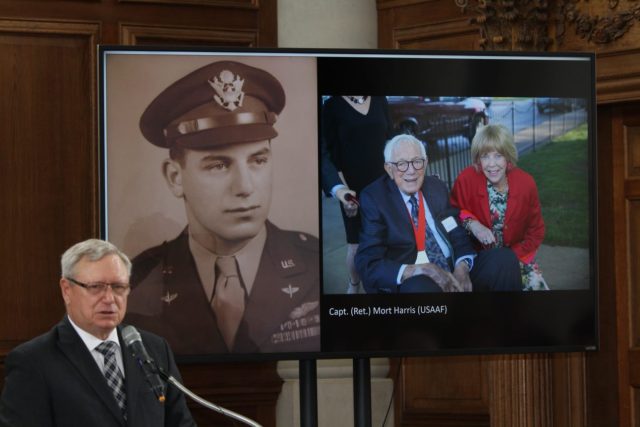 Kai Foster, a 7th grade student at St. Peter Catholic School in Fulton, also read a heartrending poem by Army Sergeant Frank J Wawrynovic, who wrote “I Must Return” (to Normandy), while recovering from wounds received in the first wave of troops to charge Omaha Beach during the invasion of Normandy.

Foster was among students from Mid-Missouri who participated in a unique art exhibit at the Museum titled the “Special Relationship Project.”

The ceremony concluded with closing remarks by Timothy Riley, the Sandra L. and Monroe E. Trout Director and Chief Curator of America’s National Churchill Museum, who pointed out that 106,000 Allied forces from the United States, Great Britain, Canada, and other Allied countries were engaged in D-Day battle on or over the five beaches code-named “Utah,” “Omaha,” “Gold,” “Juno” and “Sword” in Normandy, France. Other Allied soldiers who took part in D-Day operations were from Australia, Belgium, Czechoslovakia, France, Greece, New Zealand, the Netherlands, Norway, and Poland.

Dubbed “Operation Overlord,” the invasion of Normandy was the largest seaborne invasion in history and marked a decisive turning point in WWII, which led to the liberation of Europe and the surrender of Germany 11 months later, on May 7, 1945.

A video of the ceremony can be viewed on the college’s YouTube Channel or by going to the live-stream page here. 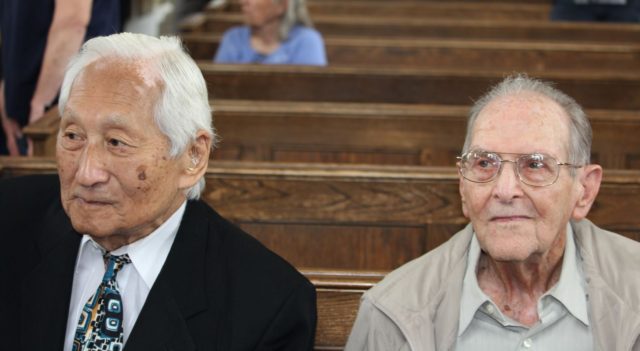