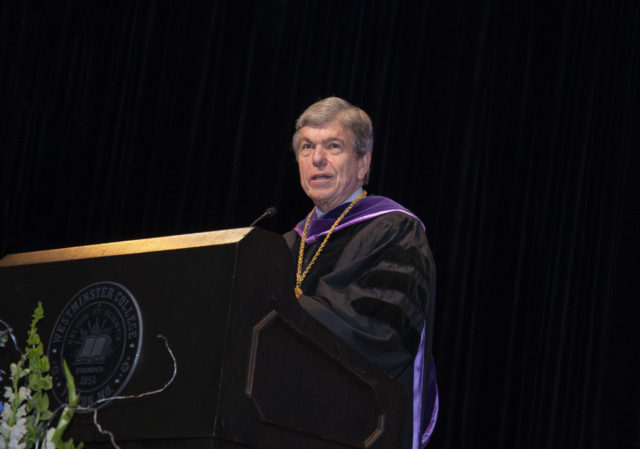 U.S. Senator Roy Blunt encouraged the 159 members of the Westminster graduating class of 2019 to set the trajectory of their future goals a little higher in his commencement exercise remarks delivered in Champ Auditorium on Saturday afternoon, May 11.

Senator Blunt referenced Missouri native son President Harry Truman, who also spoke at Westminster several times and was an artillery officer in the U.S. Army. He said Truman had learned in the service that if you lift your artillery piece just a little higher, it goes much farther, but not to lift it too high for fear of missing the target. Senator Blunt then made the parallel that life is a trajectory.

“Everyone has made a little change in trajectory today, but that will make a big change in where you need to go tomorrow,” he told the graduating class.

Senator Blunt is seated at the same seat in the Senate chambers and has the same office as President Truman once did. He revealed Truman had carved his name inside the Senate desk on what must have been a “slow day.”

He also stressed how much the world is rapidly changing thanks to areas such as health research, food and agricultural research, and artificial intelligence and machine learning.

In his introduction, Senator Blunt explained that his family had a Westminster connection.  His younger brother Ron from  Santa Clarita, CA, is a member of the Westminster class of 1975 and went on after graduation to be editor of the Missouri Law Review at the University of Missouri-Columbia School of Law and to clerk for the U.S. Supreme Court.  Senator Blunt also currently employs the late Professor  Bob Seelinger’s son, Nick, in his office.

In addition, Senator Blunt praised the recent 50th anniversary celebration of the Church of St.  Mary the Virgin, Aldermanbury, and America’s National Churchill Museum for shining a national and even international light on Missouri and made reference to the recent Wall Street Journal article which mentioned America’s National Churchill Museum and Fulton as one of the reasons it selected Missouri as “One of the Top Ten Most Intriguing Travel Destinations.”

Following the invocation and singing of the national anthem, the ceremony opened with a welcome on behalf of the faculty from Dr. David Roebuck, Vice President for Academic Affairs and Dean of the Faculty.

“Because  of your decision to attend Westminster College, your lives have truly been changed for the better,” Dr. Roebuck said. “We are glad you chose this great school, and we are glad you are here today.” 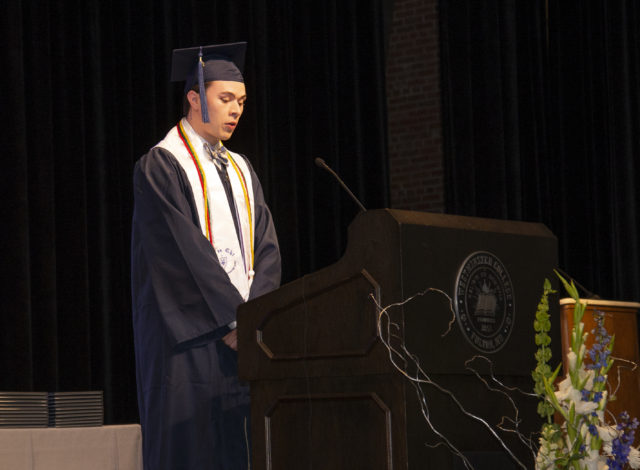 Next Senior Class President James Lemon, a member of Delta Tau Delta fraternity from Columbia, MO, spoke on behalf of the graduates. He told the graduates that sometimes they would fail but “what defines that moment is how you choose to move forward. Seize the opportunity, learn from it, and run with it.” 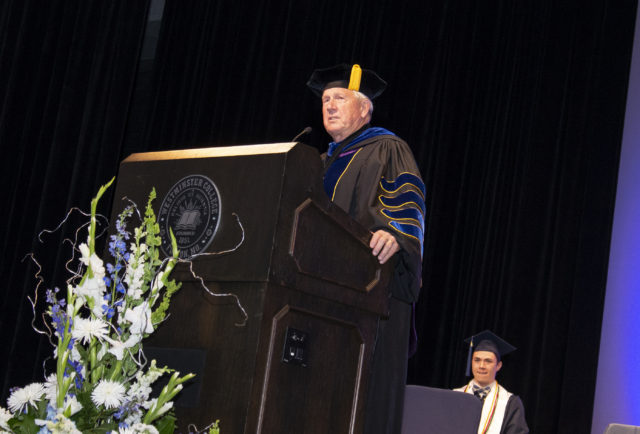 On behalf of the Westminster Board of Trustees and the College, Westminster President Dr. Fletcher Lamkin recognized and congratulated the graduating class of 2019 as well.

“Because of these experiences in leadership, you are all prepared to make a difference wherever you find yourself,” Dr. Lamkin told the class. “Today, I challenge you to go out and make that difference.”

In his  remarks, Dr. Lamkin also announced that Olivia Wilson ’19, a member of Kappa Alpha Theta from Liberty, MO, had been selected to serve as the new Young Trustee on the Westminster Board of Trustees. She will serve a two-year term. 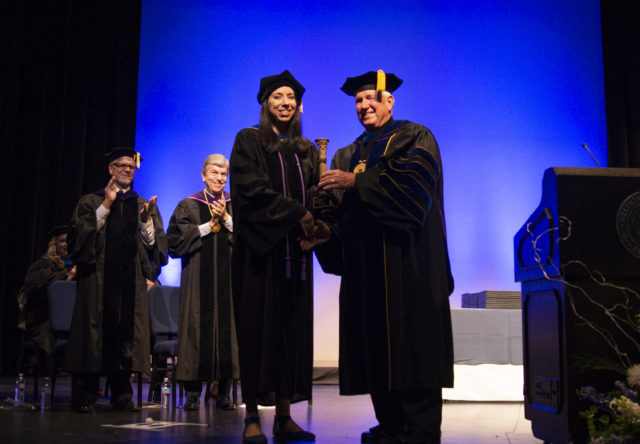 The Patricia Klein Liebling Parents Association Faculty Award, which is voted on and selected by members of the senior class, was presented by Dr. Lamkin to Associate Professor of Political  Science Dr. Kali Wright-Smith.

After the singing of the “Alma Mater” led by James Lemon and the benediction by Chaplain Kiva Nice-Webb, Marshal Dr. David Jones declared the commencement convocation closed. 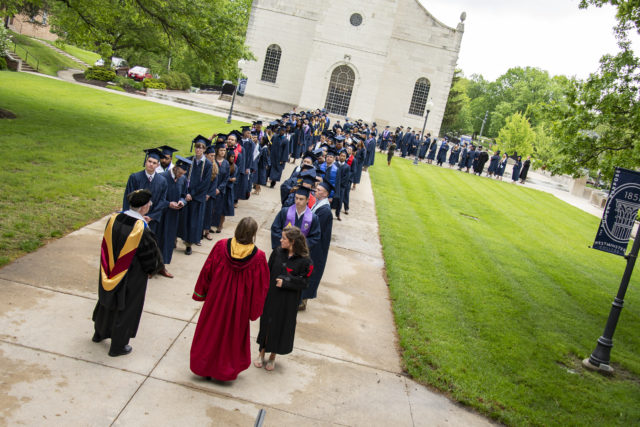