Bennett named “Lawyer of the Year” in Best Lawyers 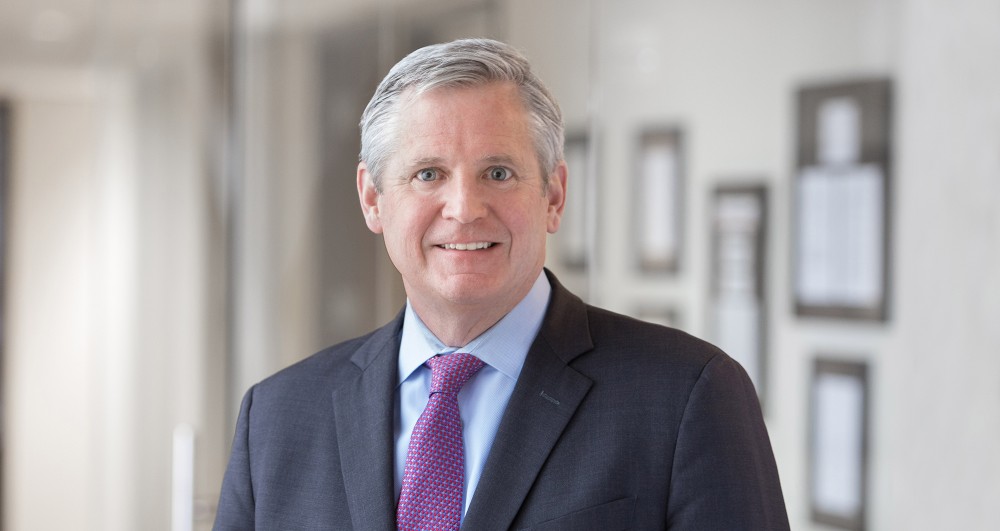 Jim Bennett ’92 ΒΘΠ recently was named by Best Lawyers as a 2019 “Lawyer of the Year” for Bet-the-Company Litigation in the St. Louis, MO, area. Bennett is a partner at Dowd Bennett LLP in St. Louis.

According to Senior Editor James Miley of Best Lawyers, attorneys who receive the Lawyer of the Year designation have earned the highest voting average of all other attorneys with the same specifications. “A listing in Best Lawyers is widely regarded within the legal profession as a singular honor,” Miley says.

Bennett was featured in the 2012 edition of The Best Lawyers in America. He also has been featured in Missouri Lawyers Weekly as one of 10 “Lawyers of the Year” and “Law Firm Leader of the Year.” He is ranked as a Tier One counsel by the U.S. News and World Report. Bennett is consistently ranked as one of the top 50 lawyers in St. Louis.

Bennett is lead trial and appellate counsel in high-profile cases that are not expected to settle out of court. He is a former law clerk to the Hon. Anthony M. Kennedy, Associate Justice of the U.S. Supreme Court, and to the Hon. J.L. Edmondson, U.S. Circuit Judge for the Eleventh Circuit. Bennett is on the Executive Committee of the American Inns of Court Chapter in St. Louis and is a fellow with the Litigation Counsel of America. He has acted as an adjunct professor on the subject of complex litigation at the Washington University School of Law School in St. Louis. Additionally, Bennett received the Young Alumni Achievement Award in 2013. He majored in Political Science at Westminster. Bennett’s son, Andy Bennett ’20, is a current student at the College.