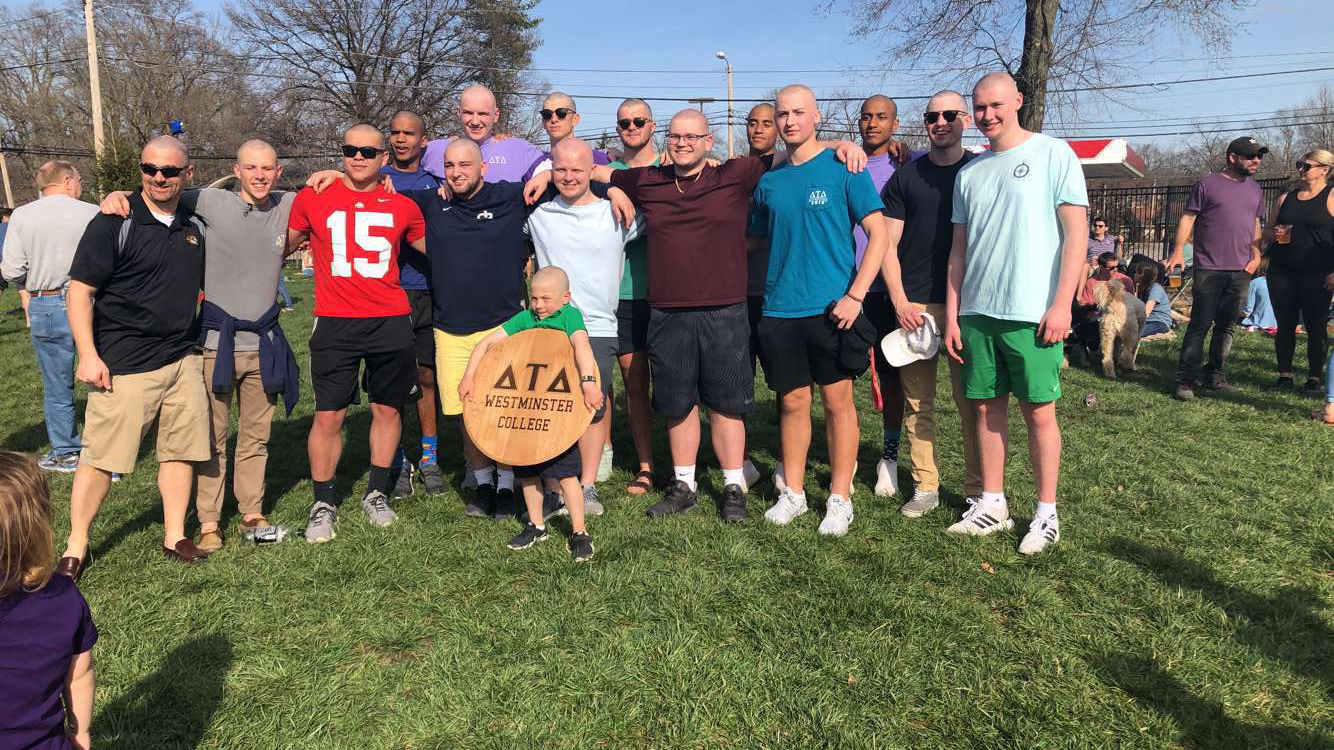 A number of Delta Tau Delta brothers from Westminster College recently shaved their heads in solidarity with children fighting cancer. The brothers participated in the St. Baldrick’s Foundation annual fundraiser on April 6 at Logboat Brewing Company in Columbia, MO.

Chapter President Turner Smythe says the Delts found out about the event through Chapter Advisor Dan Jackson ’04, MD, who is involved in the fundraiser through the University of Missouri-Columbia School of Medicine, where Jackson practices. Jackson’s son, William, also had his head shaved for the cause. William also is the son of Kristen Jackson ’06.

“The entire chapter felt it was a great cause,” Smythe says, explaining the huge Delta Omicron chapter turnout at the event. “The chapter raised over $1,000 from alumni and parents.”