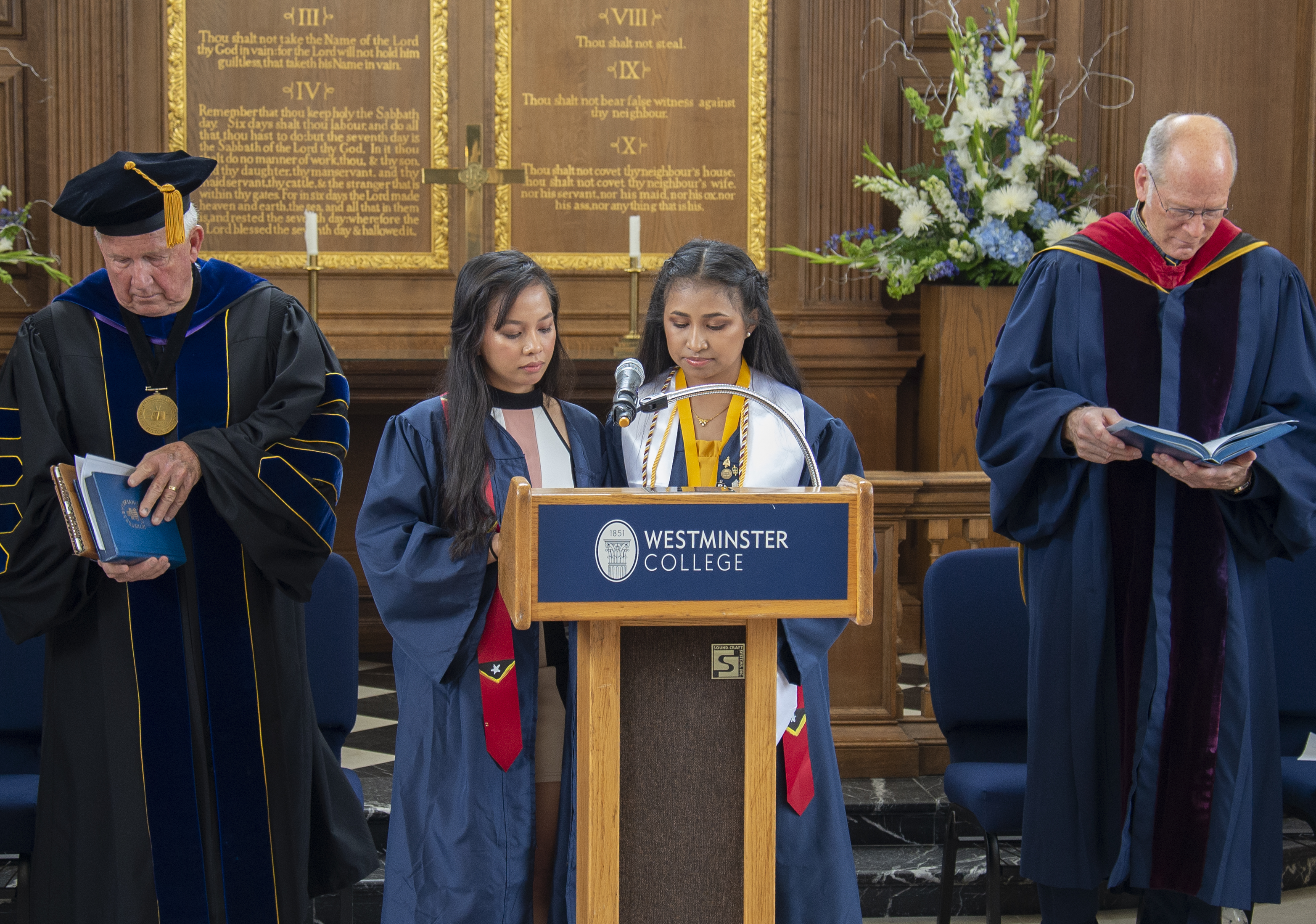 By Kiva Nice-Webb, Chaplain and Director for the Center for Faith and Service

Baccalaureate is a service that takes place each year during Commencement Weekend at Westminster College to honor the graduates. It has its roots, like the College does, in Christian tradition. This year, reflecting the religious diversity of our student body and the world religions expertise of the speaker, we broadened the service to include readings from various religious traditions. We heard original languages for three of the texts as well, all read by students, in Hebrew (the Hebrew Bible), Sanskrit (Mahabharata), and Arabic (the Quran). All student participants in the service were graduating that day. 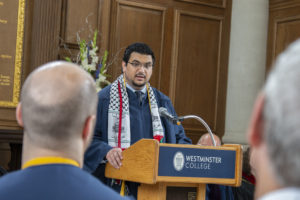 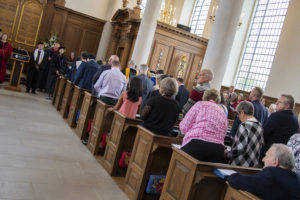 Rev. Clifford Cain, PhD, gave the address. “Today is about you,” he told the graduates, “But tomorrow cannot be.” The theme of his address, titled “Westminster Success,” was that true success lies in serving others as a lifelong practice.  Dr. Cain drew on the common “Golden Rule” idea from all of the major world religions and other teachings about service, to flesh out what a good life looks like after graduation. 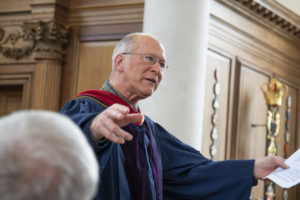 The Churchill Singers offered choral music, with “True Light” as the anthem. Organ music was offered by Gretchen Huedepohl of Jefferson City, MO. 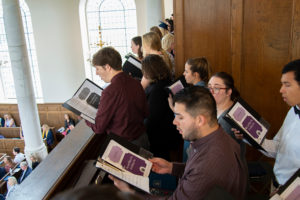 Baccalaureate was well attended this year. The Church of St. Mary the Virgin, Aldermanbury, was full of graduates, family, friends, professors, and staff. It was a beautiful way start to the commencement activities.