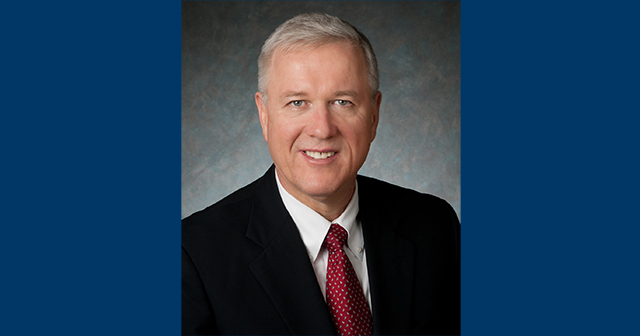 While at Westminster, Foster majored in Economics and Business Administration. He received a Juris Doctorate from the University of Missouri-Columbia in 1982, where he was a member of the Missouri Law Review. In August 1982, he joined the Blackwell Sanders Matheny Weary & Lombardi (now Husch Blackwell) in Kansas City, and practiced law as a member of the firm for almost 31 years. In July 2013, Foster joined Children’s Mercy as Senior Vice President/General Counsel. Foster resides in Kansas City with his wife, Barbara. Westminster recently caught up with Foster between board meetings and other business responsibilities at Children’s Mercy. His responses to our questions are found below.

How do you feel about receiving the Missouri Lawyers Media In-House Counsel Award?  I was unaware that my name had been submitted to the selection committee, so it was a pleasant surprise when I learned of the award. Although the award is a personal honor, the recognition in large measure is attributable to my fantastic team in Children’s Mercy’s Office of the General Counsel/Risk Management.

What organizations outside of work are you involved in? I have been involved in the Boy Scouts, including serving for several years as Chair of the governing committee of a 100-plus-member Scout troop. I was president of a Montessori School in Leawood, KS, and have served in other community organizations. I am a member of the American Health Lawyers Association.

I also am part of a group comprised of chief legal officers (CLOs) of U.S. pediatric hospitals. Participating in the CLO group has been greatly helpful for me. We meet twice a year for several days and exchange ideas, experience, and advice. Because our roles and experiences are so similar, it is the best affinity group I have ever been associated with.

Which of your achievements are you most proud of? I have handled a number of high-stakes corporate transactions and governance and control disputes. Two particularly notable examples from my years in private practice were the simultaneous auction of four public utilities (over $1 billion in aggregate consideration) in the mid-2000s, and the consolidation of ownership and control over a major hospital system in 2012. More recently, as General Counsel of Children’s Mercy, I have overseen the legal aspects of several significant initiatives, including the formation of a group of affiliated primary care practices and other significant transactions. I am especially gratified by the success we have had since I have been with Children’s Mercy in enhancing the capabilities and performance of the legal department.

How did your Westminster education help you find your purpose? When I came to Westminster in Fall 1976, I intended to return to California after graduating, but I was interested in business and wound up being recruited by Proctor & Gamble to work in St. Louis after I graduated. Westminster piqued my interest in the law as well, and it was a natural choice for me to go to the University of Missouri-Columbia.

What is your favorite Westminster memory? I have many favorite memories. I’ll mention one — during my term as Consul (President) of the Delta Tau Chapter, we held a dinner commemorating former Westminster President Robert L.D. Davidson’s 50th anniversary as a Sigma Chi. That was a memorable occasion and was the subject of an article in the national magazine of Sigma Chi.

Based on your experience with the College, would you recommend Westminster to prospective students? Yes. The small-school environment is a unique learning experience and creates great opportunities to build lifelong friendships. Westminster had a great faculty who were very accessible.