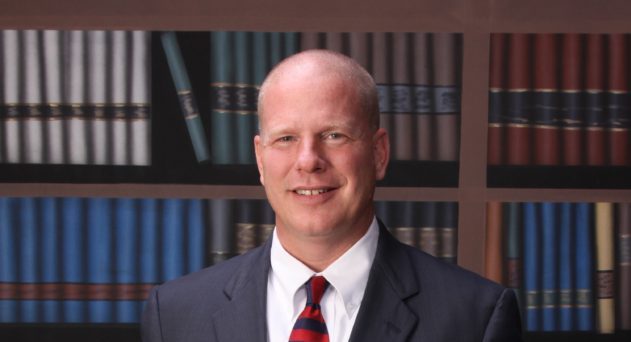 Described by Governor Parson as “a distinguished jurist whose rural perspective will add additional balance to the court,” Chapman is no stranger to hard work. The Chillicothe, MO, native practiced law in his hometown for 19 years before becoming a circuit judge for the 43rd Judicial Circuit, Division 1, in 2011. He has served on the Chillicothe Rotary Club for 25 years and is a past president.

Chapman left his hometown recently to speak with Governor Parson and the Appellate Judicial Commission about his new appointment. “I’m thrilled and honored,” he says of his current responsibilities. “The judges and staff at the Western District have made me feel very welcome.”

And while serving as a judge for the state’s largest intermediate appellate court may make Westminster days seem small and far away, Chapman says he recalls his alma mater with fondness. We recently caught up with the judge and asked him about his life during and after Westminster.

Can you describe what you do on a day-to-day basis? As an appellate judge, I review trial transcripts and appellate briefs, hear oral arguments, and ultimately end up writing – or joining in on – opinions as to whether trials were conducted correctly.

What was your major at Westminster? Political Science.

Do you have a favorite Westminster memory? Hanging out with my friends in Scott Hall my freshman year, Freshman Walkout with my KA brothers, and the occasional return visit to Westminster by my older brother, David, while I was there. All great memories!

How did your Westminster education help you in your life and career? The liberal arts education I received at Westminster, and the critical thinking and writing it entailed, laid the foundation for law school, my practice, my seven and a half years as a circuit judge, and for my current position in the Court of Appeals.

Do you recommend Westminster to prospective college students? Yes. It offers a quality education in a great atmosphere at a very reasonable cost. What more could you ask for?
What do leadership and success mean to you? Leadership, in large part, is just doing your job well and leading by example. A good part of that is simply the Golden Rule — treating people as you wish to be treated. If you do your job well, and if you treat people like they wish to be treated, the courtesies, successes, and rewards come back to you.