Alumnus James Gladstone is Assistant to the General Manager of the L.A. Rams 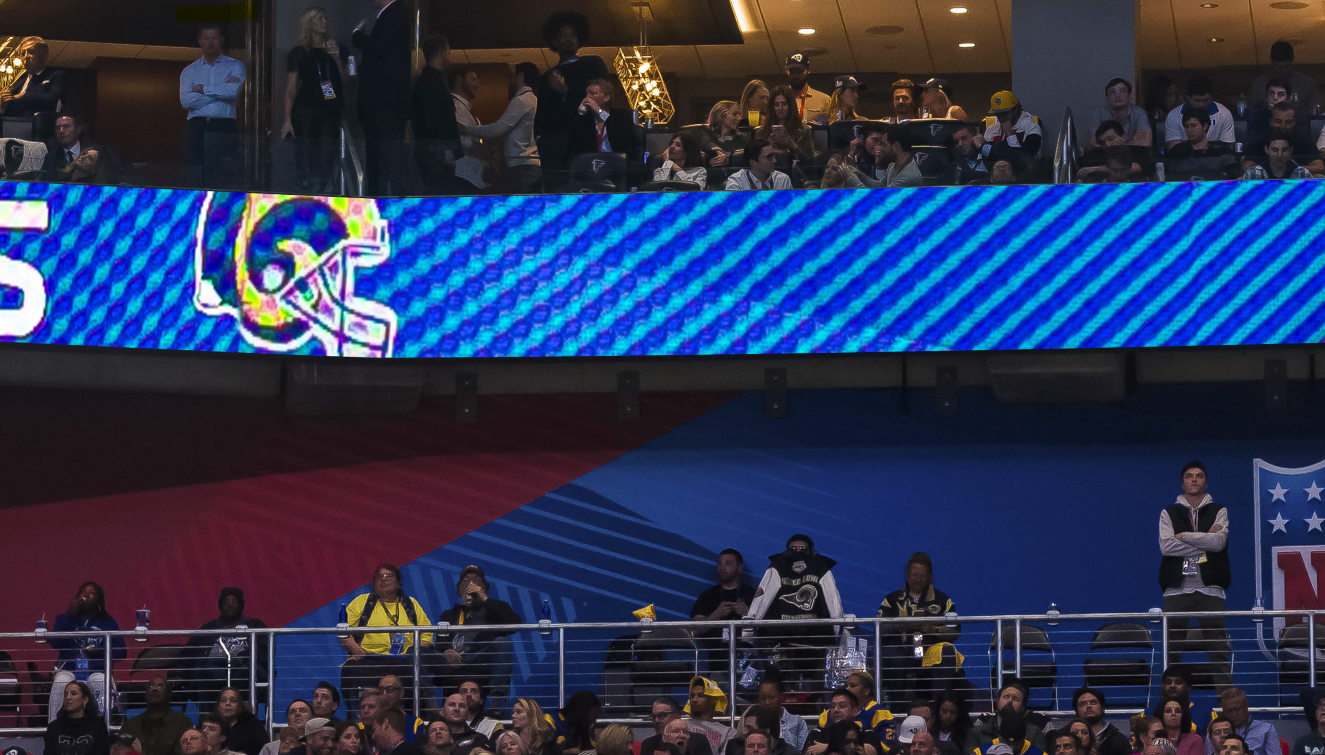 James Gladstone ’13 ΚΑ scored one of the best seats in the house at Super Bowl LIII on Feb. 3, but he wasn’t a mere spectator, and he didn’t sit much at all. As Senior Assistant to the General Manager of the Los Angeles Rams, Les Snead, Gladstone tensely remained on his feet that evening at Mercedes-Benz Stadium in Atlanta, GA.

“I wouldn’t wish anyone the piercing sting of being on the losing end of a game of that magnitude,” he reminisces. “But there has been a time to reflect, and the silver medal will be one of the better chapters along the journey.”

Gladstone’s personal role following the Rams’ journey to Super Bowl LIII involved a little bit of downtime just before the NFL draft, when he carved out a few minutes to talk with Westminster College about the world of professional football after playing wide receiver for four years with the Blue Jay Nation.

Carefully concentrating on the responsibilities ahead of him, Gladstone remarks, “We ain’t done yet,” quoting L.A. Rams Cornerback Marcus Peters from a late-season press conference.

Read more below to find out about how Gladstone transitioned from playing college football to high school teaching and coaching to a career in professional football management. 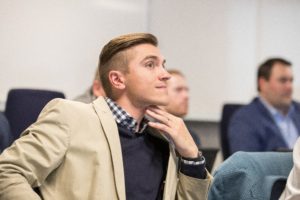 Where did you grow up? St. Louis. I went to St. John Vianney High.

What was your major at Westminster? Secondary education.

Advanced degree(s)? I received a master’s in secondary education administration from Lindenwood University in 2016.

What do you spend most of your time doing in your position with the L.A. Rams? I handle the day-to-day scouting and football operations of the team, evaluate current and prospective players, and act as the liaison between the scouting department and the organization.

Do you like what you do? I love what I’m doing. It provides experiences and moments worth remembering on a daily basis.

Did you always enjoy football? It was clear from a young age that I had a passion for sports. Football was the primary passion, but I was always happy with a ball in my hands. As I began to get older, my mother warmly advised me to consider options outside of just simply a career as a professional athlete. So I decided to follow a path I felt comfortable in and one that I believed I could find success with. That path was education. My grandfather and father were both high school administrators and coaches. My goal was to do the same. And so I did. I was a high school educator and football coach at St. John Vianney High School, for one year, and Clayton High School, for two years, until the St. Louis Rams made the announcement that they planned to move the team to L.A.

How did you meet Les Snead and become his main assistant? I met Les through his son, Logan, who was playing on our football team at Clayton High School. After the announcement that the Rams were relocating to Los Angeles, in January 2016, Les and I remained in touch, and the opportunity to come on as his right hand came to fruition in June. The career change was organic and not something that I was actively pursuing. It was an opportunity to gain new life experiences outside of what I already felt I had become very familiar with in the world of education.

How did your Westminster education help you find your purpose? Westminster provided growth opportunities and avenues to branch out.

What is your favorite Westminster memory? Thinking back to football practice in the early morning and waking up in advance to knock on teammates’ doors around campus, with a few of the others on the team, to ensure that everyone was awake and on time will always be something that will stick with me and created a number of laughable moments. But in large, it was a good life lesson on micro versus macro management and is an experience I have leaned on early in my professional career.

Would you recommend Westminster to prospective college students? Most certainly. The smaller student population allows for opportunities to be engaged and involved.

Favorite Westminster faculty member? Dr. Cliff Cain. I can’t imagine he is aware of the impact he left on my wife and me having only taken a world religions course during a spring semester, but he opened our minds to new perspectives and sparked wonder for knowledge and experiences.

Favorite spot on campus? I always loved the [Historic] Gym. It exudes tradition and history.

Spouse’s name and occupation? Julie Gladstone (Westminster ’13), who went to Washington University School of Law. She is an Associate at Ogletree Deakins Law Firm in downtown Los Angeles.

A book you would recommend to others? Good to Great: Why Some Companies Make the Leap … And Others Don’t by Jim Collins. It’s a dynamite read and is great for thinking critically about organizational practices.

Favorite quote? I really enjoy deciphering quotes, especially those surrounding stoicism and perspective. Two that I will always keep in the back of my mind stem from my mother. When she would drop me off at school, she would leave me with, “Make someone smile today.” And when both good and bad moments took place in our lives, she would say, “Who’s to say what’s good or bad?”

What do you do in your free time? Travel, as often as possible.

Keep an eye out for a profile of Julie Mroz Gladstone ’13 in a future edition of Westminster Today.