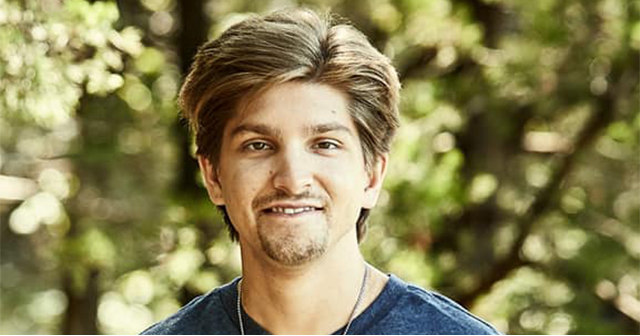 Matthew Pearl ’18 ΦΔΘ is remembered by the Westminster community for the “Be the White Crayon” Respondent Speech he delivered as a freshman at The Columns Ceremony: “The one that never gets used … the sharpest in the box … will stand out, because you will learn that all you ever needed was black paper.”

Today Pearl is that white Crayon, and he’s freestyling down a black-paper mountain, so to speak. Originally from Eureka, Missouri, Pearl officially graduated last December and moved in January to Wanship, Utah, to pursue a lifelong dream of working for the National Ability Center (NAC). 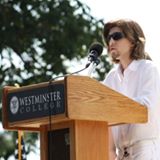 Pearl, who has been skiing regularly since he was six, received his Snowboard Level 1 Certification last year. That certification allows him to arrive each morning at the NAC in Park City, excited to witness “the greatest snow on Earth,” as he calls the canyon landscape.

“I am smiling at 9 a.m. with an eager student, ready to take on the mountain, either slowly, with a Never-Ever Boarder, or we may head to the top to see what the mountain has to teach us,” Pearl says.

But acquiring a dream job isn’t the entire story of Pearl’s success. The essence of his story is being strong enough to be on that mountain. Pearl and his sister, Alex, were born with Fanconi anemia — a rare disease that attacks bone marrow and results in an average life expectancy of 33 years.

The condition left the Pearls dangerously ill as children and led to a desperate, worldwide search for bone marrow donors. The siblings finally received bone marrow transplants when Pearl was nine and Alex was 11. Pearl says he also received a renewed outlook on life.

Making the most of it involves being a support for Alex, who recently was diagnosed with cancer. “We are thousands of times more likely than average to get cancer, due to undergoing intense chemotherapy and full-body radiation during our bone marrow transplants,” he explains.

Pearl is mostly cheerful despite Alex’s cancer and is close to his family, who moved with him to Utah. Alex, their father, Mark ’81 ΦΔΘ, and mother, Diane, moved from Eureka not only for Pearl’s NAC career. They also moved in hopes for Alex to operate her handcrafted ink pen business, Allywood, in a new workshop. A story on the siblings’ fight with Fanconi anemia and the family’s move recently caught the attention of Fox 2 News in St. Louis, Missouri, and can be viewed here.

Pearl, whose self-designed major at Westminster was Leadership Consulting in Organizations, says he is a teacher of snowboarding, mono-skiing, bi-skiing, and ski-biking for more than just technical skills. He also is a teacher of self-confidence.

“This job makes me a better person, strengthening and encouraging me to take disabilities and turn them into abilities, every day,” Pearl says, pointing out that the NAC’s values of grit, resilience, accountability, innovativeness, 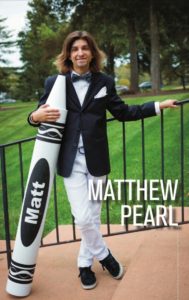 resourcefulness, teamwork, empowerment, adaptability, and flexibility “make it easy to come to work every day, ready to change a life … even my own.”

When asked if Westminster changed his life in any way, he says the student-faculty ratio made the College the right fit for him, adding that Drs. Carolyn Perry and Robert Hansen were his favorite faculty members.

Pearl says he would like to be an executive director for a high-performing, non-profit organization at some point in the future. But for now, he is happy knee-deep in the snow, encouraging his students and watching the elk, deer, and bald eagles on his drive home down the mountain each day. He also is looking forward to working as an Adventure Instructor this summer at the NAC Ranch, where he will teach rock climbing, high-ropes skills, water sports, and team building.

Furthermore, in turning his condition around on itself and “being the white Crayon,” Pearl also hopes to give speeches similar to the one he delivered four and a half years ago at Westminster.

“Fanconi anemia makes me fight always, look for quality of life, and live dreams with passion,” he says thoughtfully, adding, “I would love to travel and be an inspirational speaker, encouraging others when possible.”