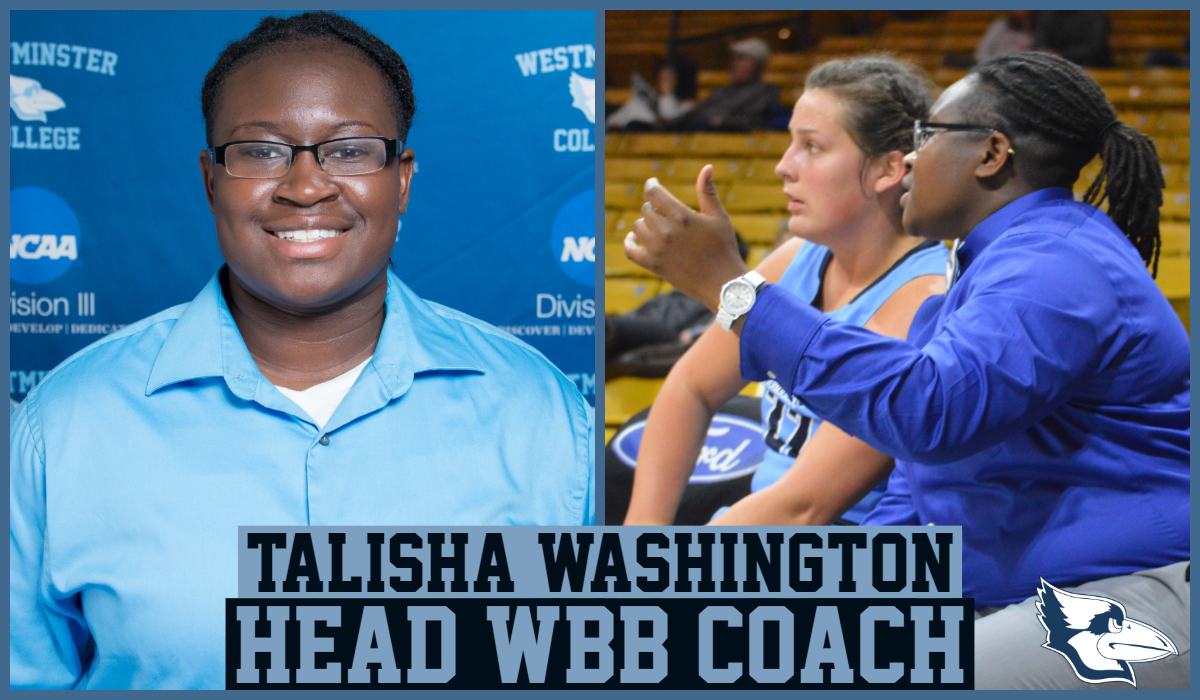 James Arnold was named the Director of Athletics at Columbia College, leading Mitchell to immediately choose alumna and former assistant Washington as a replacement.

“I’m excited to continue working alongside these tremendous women,” said Washington. “Together we will continue to strive to meet our goal of continually making the SLIAC Tournament and beyond. We have a solid foundation that was built by phenomenal coaches before me and I want to continue that culture.”

“Naming Talisha the Head Coach was a no-brainer,” said Mitchell. “She is one of our many successful alums and an important and highly regarded member of the Fulton community. We wish James the best in his new career and we look forward to what Talisha will add to the program.”

Washington began her career in the women’s basketball program as a player, playing three seasons from 2010-13 under Westminster and SLIAC Hall of Fame Coach Tracey Braden. Her senior season, she was a team captain and was named to the St. Louis Intercollegiate Athletic Conference All-Sportsmanship team. Washington was also a member of the softball team during her senior year.

Washington is also a Fulton native, graduating from Fulton High School in 2009.

After graduation, Washington worked at the Callaway County YMCA as the Programs and Sports Director before accepting a position with the Missouri State High School Athletic Association as the Executive Assistant in April of 2018.

For the last two seasons, Washington returned to Westminster as an assistant coach under Arnold, assisting with recruiting, scouting reports, and general operations of the program. The Blue Jays made the SLIAC Tournament in each of the last two seasons, including advancing to the championship game as a No. 4 seed in the 2017-18 season. During Washington’s time as an assistant, the team has shattered the records for points in a game, field goals in a game, and three-pointers in a game.

“I am thrilled for Talisha and I am thrilled for our ladies,” said Arnold. “She has been an integral part of our staff and our success the past two seasons and she is a true Blue Jay.  She is the perfect choice and super deserving of this new opportunity.”

Washington will return 14 letter winners from last year’s squad, including regular starters Kallee Dowler, Abbie Reece, and Makayla Jackson, along with adding five additions to the roster for next season.