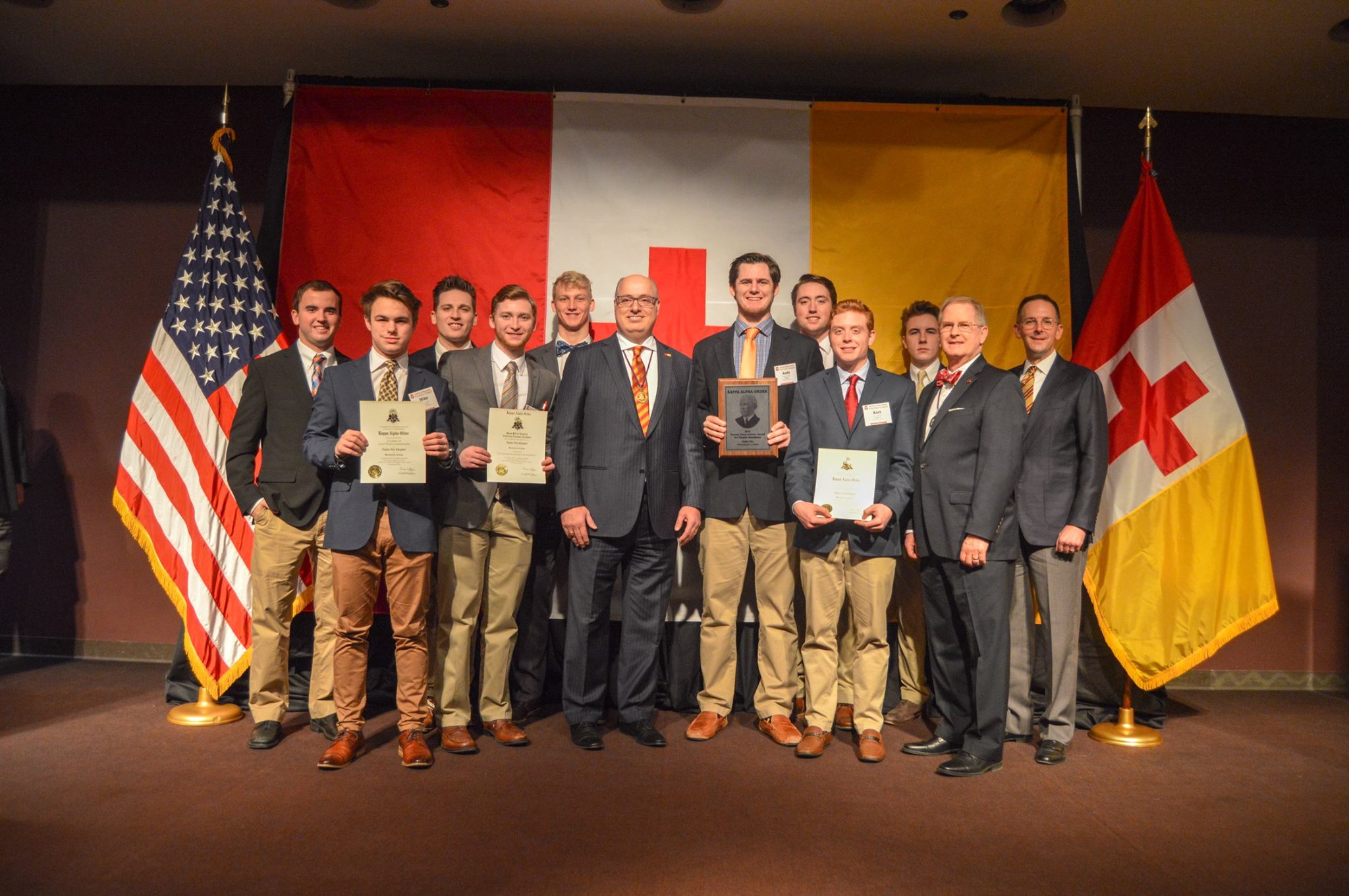 Alpha Eta Chapter of Kappa Alpha Order at Westminster College received the prestigious 2016 Samuel Zenas Ammen Award for Chapter Excellence during the fraternity’s Province Council on Jan. 25 and Jan. 26 at Southern Illinois University in Carbondale, IL. The award is the highest recognition a chapter can receive at the conference.

The Samuel Zenas Ammen Award is not unique to Alpha Eta. The chapter has received this particular recognition every year since 2009. Alan Jenkins ’69, Alpha Eta House Association President, says the chapter stands out in another unique way: Alpha Eta has received the Samuel Zenas Ammen Award a total of 35 times over the course of the fraternity’s existence on campus. Kappa Alpha Order was founded at Westminster College in 1890. 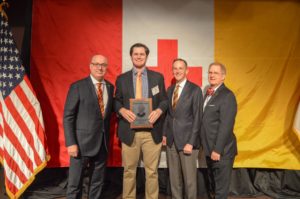 Jenkins explains that the award is given for excellence in finances, recruitment and chapter growth, communications, Project Outreach, Operation Crimson Gift, and overall chapter excellence. “This award recognizes the excellence found in our young men at Westminster College,” he says.

Chapter President Andrew Bennett ’20 adds that Alpha Eta earns the award year after year because members consciously apply themselves. “I think we earned the award through having our members consistently do their duties within the house,” Bennett explains. “I believe what sets us apart is going into every year with the goal of winning the award, and from previous success, we know the steps we have to take to win it.”

Bennett adds that the nine Alpha Eta officers who attended the conference are pleased about the award. He says, “When we found out we won, we were all very happy.”

Kappa Alpha Order was founded to be “a moral compass for the modern gentleman,” according to a press release from the Kappa Alpha Order Administrative Office in Lexington, VA. The release cites the Order’s six primary values: reverence, gentility, knowledge, leadership, brotherhood, and excellence. The fraternity was founded on December 21, 1865, at what is now Washington & Lee University in Lexington. Westminster’s chapter is one of 129 KA chapters in 25 states.

Bennett says he is pleased Alpha Eta has earned a name for itself nationwide. “It’s always an exciting feeling to be considered one of the top KA chapters,” he says.