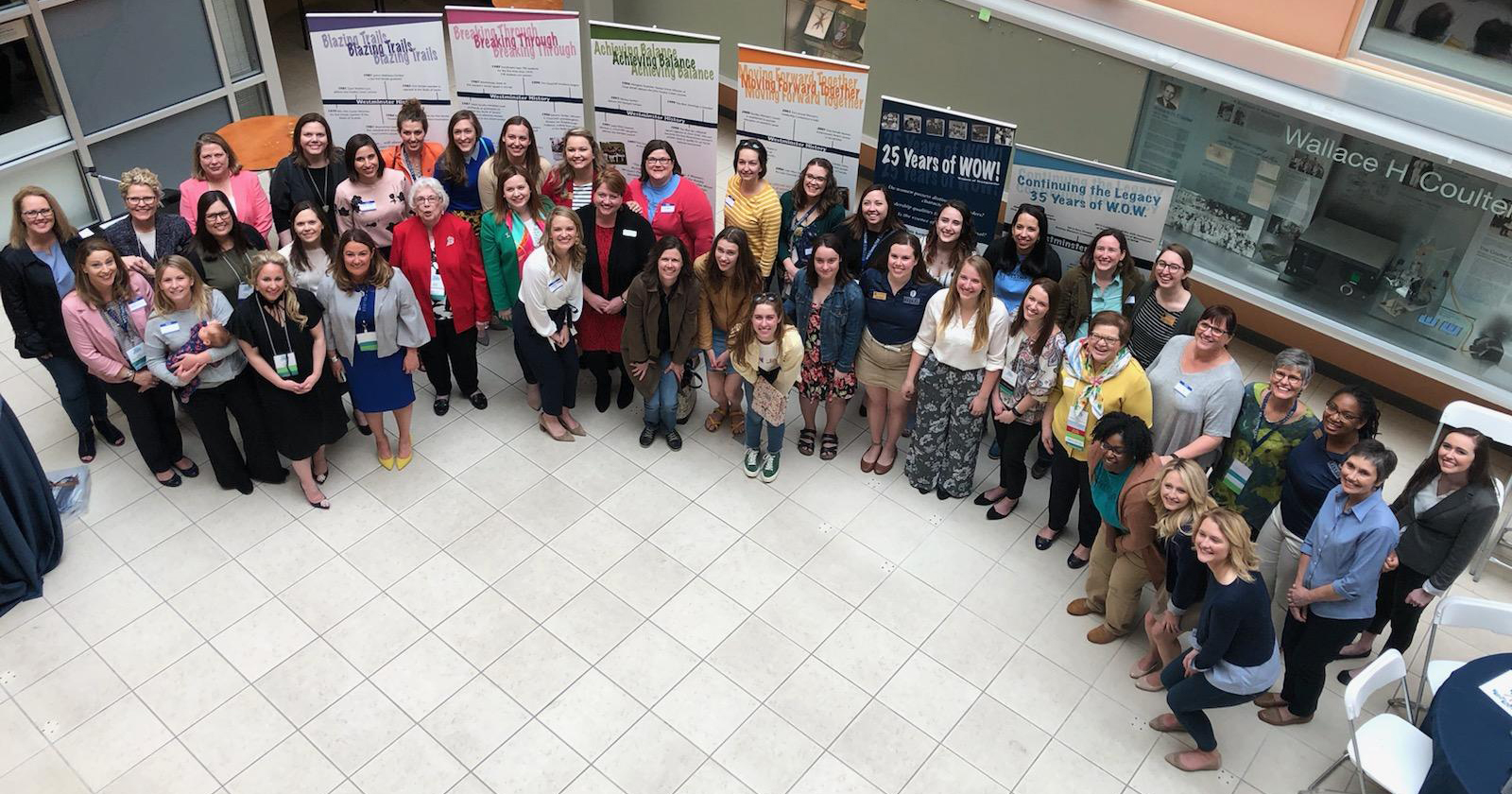 A group of Westminster women gathered for a reception at 3 p.m. on April 13 in the Coulter Science Center Atrium. The reception was the kick-off event for the newly formed Westminster Women Advancing Together (WWAT) fundraising campaign, which celebrates 40 years of women at Westminster and ends during Alumni Weekend 2020.

Betsy Schultz Humphreys ’83 ΚΑΘ can tell a few weird stories about being in the first class of women at Westminster College. “There was a rumor that The Columns would fall down when we walked through them during The Columns Ceremony as freshmen,” Humphreys says with a chuckle.

It turns out the computer science and mathematics major more than survived her journey through The Columns. After retiring from a 35-year career with AT&T, Humphreys today helps run Design Corrugating Company in St. Louis with her husband, Steve Humphreys ’83 ΔΤΔ. She also serves on the Westminster Board of Trustees and is a founding member the new Westminster Women Advancing Together (WWAT) committee. WWAT is made up of five other Westminster women who are concerned about declining female enrollment and decreasing retention at the College.

Humphreys says that women make up only 38 percent of Westminster’s freshman class. That percentage has decreased in recent years, and the WWAT team would like to see the numbers increase significantly.

“Women typically make up more than 56 percent of the population at most colleges and universities,” Humphreys says. “We are actively looking into how to recruit differently at a campus that can seem very masculine — that may mean something simple, for example, like giving women a different tour when they visit campus, and perhaps going off a totally different script.”

Dr. Cinnamon Brown, Associate Vice President for Academic Affairs and Associate Dean of Faculty, says in-depth research on issues surrounding female enrollment and satisfaction are being conducted through the Dean’s Council and the Remley Women’s Center. “We’ve made a lot of progress in recent years, and the right discussions are happening,” Brown says.

The first step in the process, Brown adds, is fundraising. In order to increase women’s enrollment and long-term satisfaction at the College, the WWAT committee seeks to raise $100,000 throughout the next year: 75 percent of which will go toward recruitment, while the remaining 25 percent will be earmarked for female leadership on campus.

The WWAT Campaign kicked off its first official event during a reception at Alumni Weekend 2019 in Coulter Science Center. Fundraising efforts will continue for one year through Alumni Weekend 2020, concluding during the official 40-year anniversary celebration of women at Westminster. 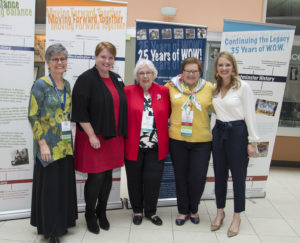 “We have approximately 2,000 female graduates, and feasibly, if every female graduate gave 50 bucks, we’d easily have our $100,000,” explains Remley, who today lives in Fort Worth, TX, and spoke at the WWAT Campaign reception. The reception follows an impromptu meeting in Fort Worth, where Remley invited committee members into her home to brainstorm ideas.

The WWAT committee decided on three ways others can contribute to their efforts: donate money online here, serve as a WWAT Captain for your graduating class to solicit alumni support, and get involved with the Remley Women’s Center by participating in focus groups, engaging with students, and encouraging other women to get involved.

But ultimately, Remley says the main focus of WWAT is to raise funds. “We know that peer-to-peer fundraising is the most effective means for raising this kind of money,” Remley says. “So I say, put your money where your mouth is.”

To give to the WWAT Campaign, go here . Scroll to the bottom, and select “Make a Gift Online.” Then under the “Fund” menu, scroll down to Audrey Remley Women’s Center. Finally, under “Special Instructions,” write “Remley Leadership Fund” to ensure 100 percent of your contribution goes to the WWAT Campaign.