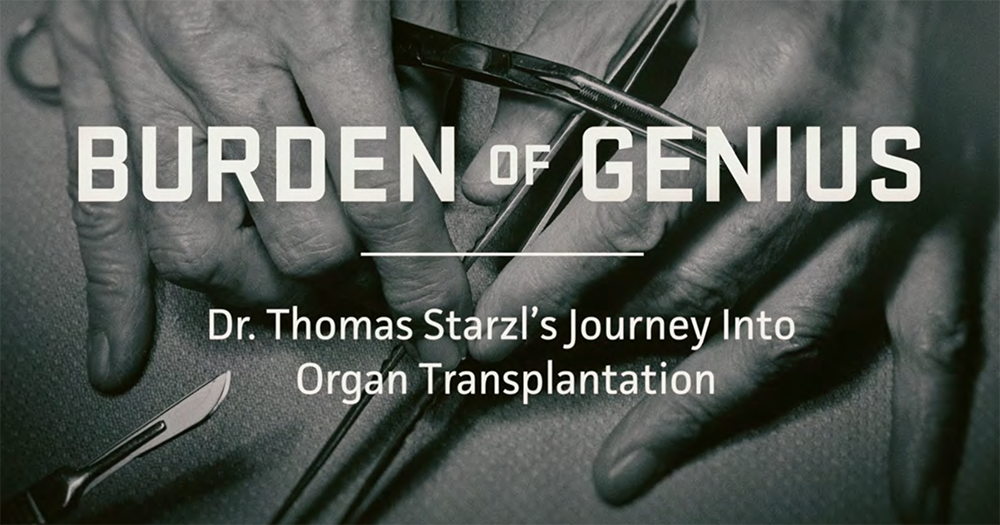 Above: Image courtesy of BudenofGeniusFilm.com.

Westminster College is the undergraduate alma mater to world-renowned liver transplant surgeon Thomas Starzl, MD, PhD, ’47 ΦΔΘ. Now deceased, the “father of organ transplantation” today is posthumously famous outside of the medical community as a result of the award-winning documentary Burden of Genius by Tjardus Greidanus.

Starzl performed the first attempted human liver transplant in 1963. Victory came later, however, when he performed the first successful liver transplant in 1967. Both surgeries took place at the University of Colorado Health Sciences Center in Aurora. And in both cases, critics unaccustomed to the new procedure accused Starzl of recklessness and murder.

Starzl’s early transplant attempts are a subject of curiosity in the documentary. Described as science fiction — the stuff of Frankenstein and Iron Man — Starzl’s surgeries frightened many. His steely determination is a primary focus of the film. 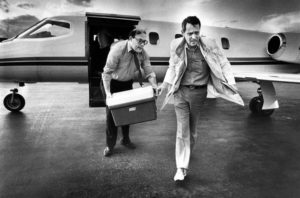 “I’ve always found that the best way to get a job done is to get the job done before anyone realizes what you’re up to,” Starzl explains in a late-life interview included in the documentary. Colleagues from the University of Pittsburgh Medical Center, where he worked for nearly three decades, also are interviewed in the film.

So profound were Starzl’s accomplishments, the medical pioneer captured the interest of Pulitzer Prize-winning author David McCullough, who is featured in the film, along with transplant recipient David Crosby of Crosby, Stills, Nash & Young. Also highlighted in the documentary is AIDS activist Larry Kramer, the first HIV-positive patient to receive a liver transplant. In typical Starzl fashion, the surgeon ignored adversaries who criticized his willingness to care for those with HIV, alcohol or drug addiction, and other conditions considered taboo by society.

Born in 1926 in Le Mars, Iowa, Starzl majored in biology at Westminster before earning a Master of Science degree in anatomy in 1950 at Northwestern University Medical School in Chicago. He later earned both a doctorate in neurophysiology and a Doctor of Medicine degree in 1952 from Northwestern. Starzl trained in surgery at Johns Hopkins Hospital in Baltimore and Jackson Memorial Hospital in Miami. 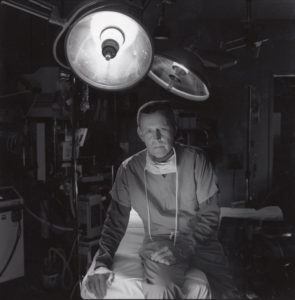 Starzl received a Lifetime Alumni Achievement Award from Westminster in 1965 and an honorary degree in 1968. He is the author of The Puzzle People: Memoirs of a Transplant Surgeon, which was published in 2003 and named by The Wall Street Journal as one of the best books ever written on physicians’ lives. Starzl received the National Medal of Science at the White House in 2006 from President George W. Bush. He died on March 4, 2017. Westminster wrote about Starzl’s accomplishments and passing here.

Photo above: Starzl in an operating room in the late 1980s, courtesy of Ohio University Libraries, Lynn Johnson, Photographer.