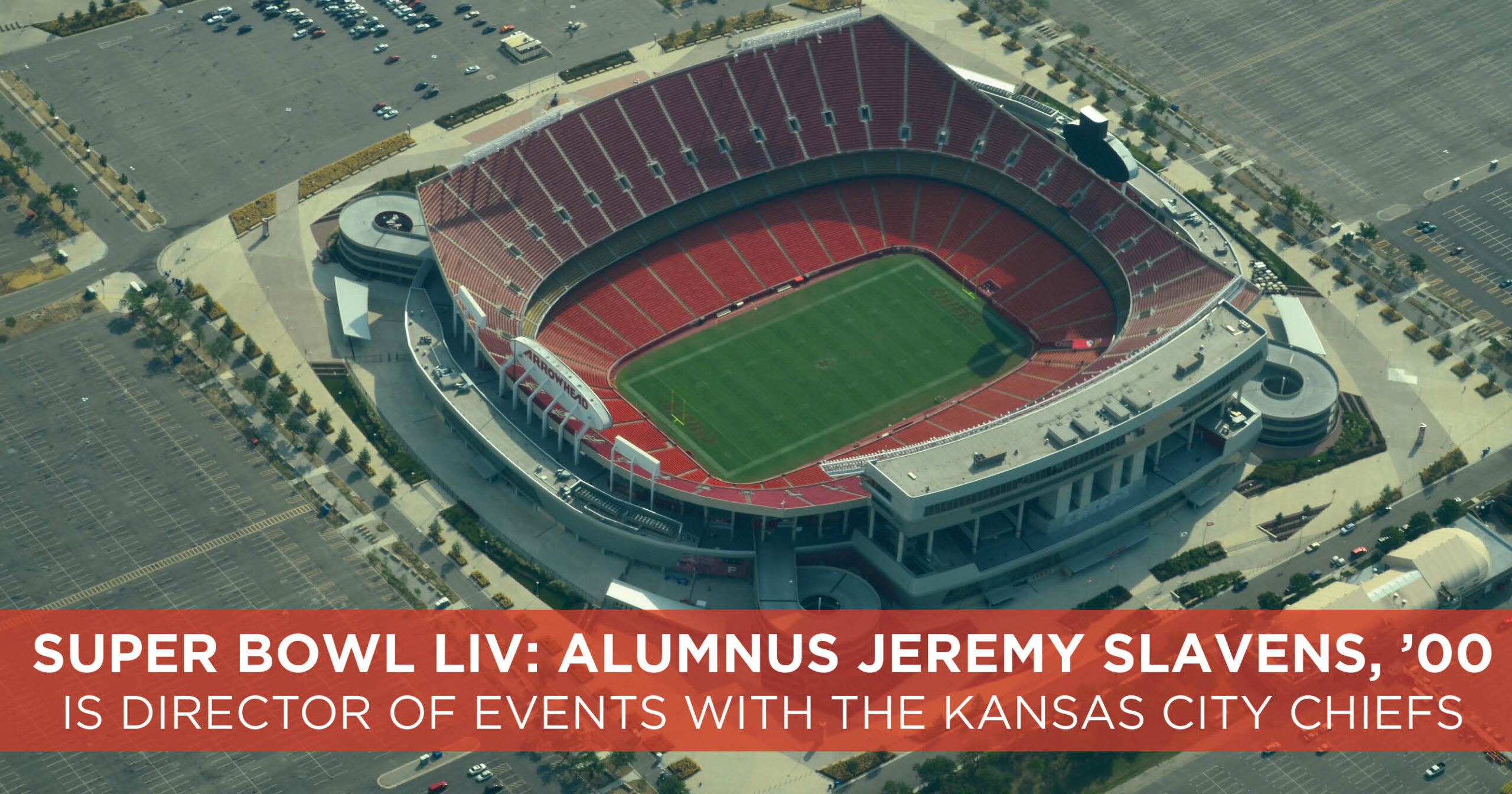 Kansas City Chiefs fans from Westminster College have another reason to watch Super Bowl LIV this Sunday: Alumnus Jeremy Slavens, ’00, is working behind the scenes as director of events in the Chiefs’ Stadium Operations division. Scroll here to find his name on the front office roster.*

Slavens is a prime example of Westminster networking at its finest.

“You know how he got that job, don’t you?” asks Blue Jays football coach John Welty. “I called the Chiefs, and the person I spoke to about him interning with them said, ‘You know, that sounds like a good idea.’”

Welty’s determined phone call — which carefully took into account his player’s career interests — led to an internship and fulfilling career in the NFL for Slavens. This example of attention to the Westminster student experience was a fairy tale ending to Slavens’ years at the College.

Slavens, who majored in business administration at Westminster, resides in Lee’s Summit, MO. He told Welty this week that he hopes a Westminster graduate employed in professional football can witness a Super Bowl win this year.

Congratulations, Jeremy, and good luck to the Kansas City Chiefs!

*After Westminster published this article, we learned that alumnus Joseph “Jos” Bowmaster, ’08, of Saint Petersburg, FL, will be representing Verizon in the Miami-Dade Emergency Operations Center on game day.

“I will serve as the liaison between Verizon and all first responders, the government and any other organizations that manage the safety and security of Super Bowl LIV,” Bowmaster says.

Way to go Jos and Jeremy! The Blue Jay Nation will be thinking of you!