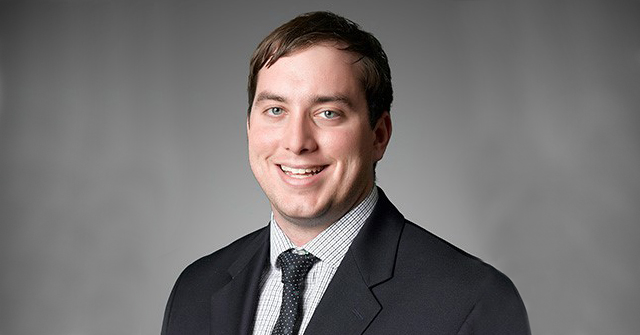 Westminster Class of 2014 graduate Richard Sterns was recently accepted as a candidate member to the National Security Law Journal at George Mason University.

Sterns is pursuing his law degree as an evening student at George Mason University School of Law in Arlington, VA. He is also working full-time as Business & Marketing Coordinator at the law firm of Reno & Cavanaugh, PLLC in Washington, D.C.

“Richard was among the finest students at Westminster College,” says Dr. Tobias Gibson, Westminster Associate Professor of Political Science. “As one of the first Security Studies minors at the College, he paved the way for those who will follow him, all the while setting a standard of excellence for others to model.”

“His membership to GMU Law’s National Security Law Journal is an indication of his intelligence and work ethic, and it serves as a predictor for his future success as an attorney in the national security enterprise following law school.”

As a candidate member of the National Security Law Journal, Sterns will serve as part of a group that edits and cite-checks articles contributed to the publication by law professors and practitioners. He will also have an opportunity each semester to be published in the journal.

According to the journal’s web site, 88 students applied via a Write-on Competition. From those applicants, 21 were selected for the National Security Law Journal‘s candidate membership. Sterns says his first-year class at George Mason University School of Law totaled approximately 155 students.

“I’m very excited to have this opportunity,” Sterns says about the honor. “I plan to make the most of it, especially because it is in my specific area of interest.”

Following law school, Sterns plans to pursue a career in national security or international law. From Chesterfield, MO, Sterns majored in History and Political Science at Westminster and was a member of the Blue Jay football team and a member of Beta Theta Pi fraternity.