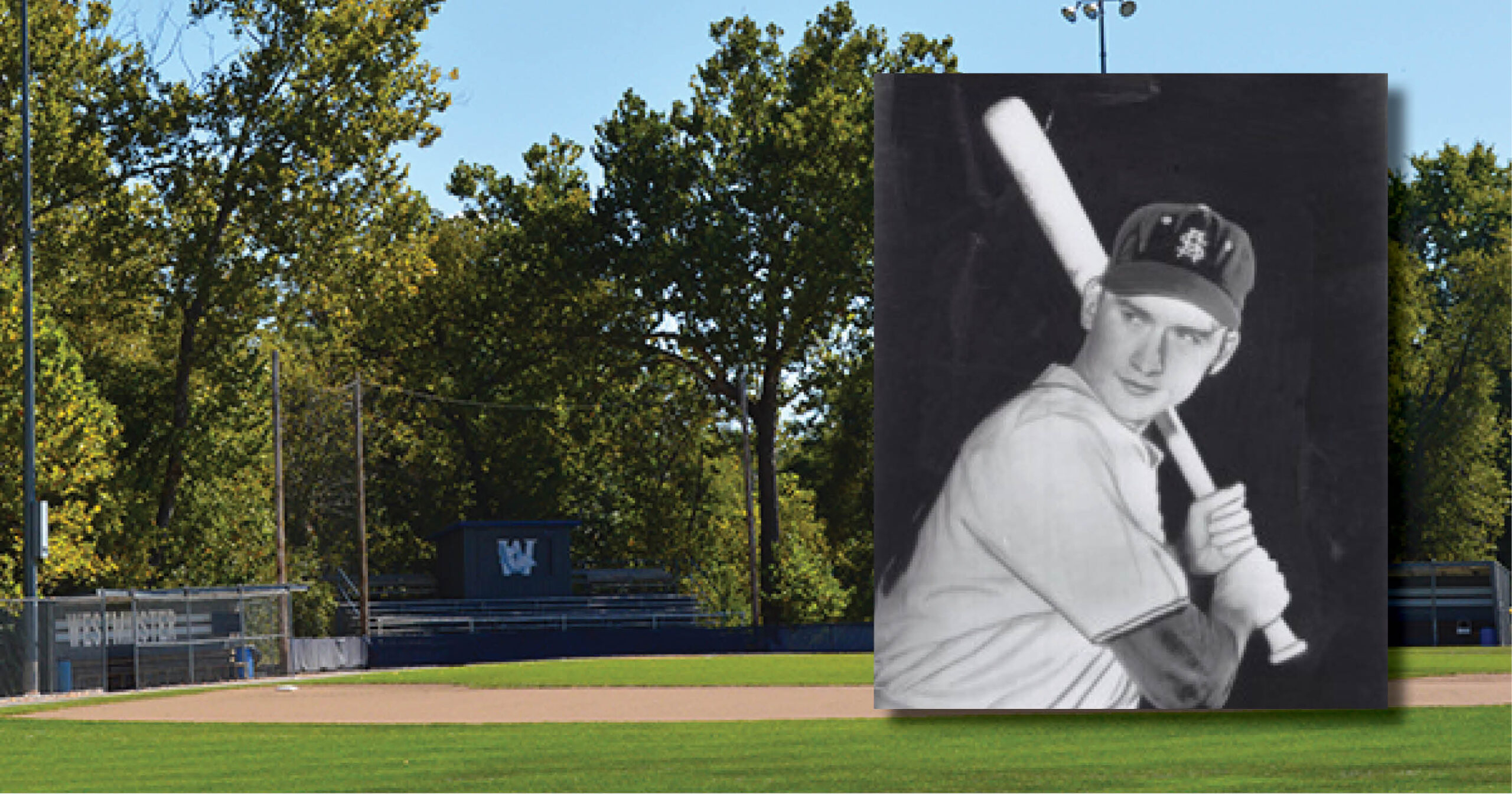 Various names remain with Westminster students long after they graduate: Gage, Marquess, Rice, Scott, Hunter, Mueller, Reeves, Wetterau, Weigle. Although students only half wonder about the people behind the buildings or sports fields, everyone remembers where they overslept for class, ate countless bowls of soft-serve ice cream, crammed for finals or hit a homerun.

Saucier Field is one of those locations, where countless Blue Jays have played home baseball games since its dedication in 1980.

The simple, quiet field located just south of Seventh Street is easy to ignore compared to the combination of historic and modern buildings on the Hill or the well-trafficked dormitories in the Quad. That geographical detail doesn’t bother Frank Saucier, ’48 ΒΘΠ, one bit.

“He grew up on a specialized farm. They specialized in survival,” jokes his son, John Saucier, ’78 ΒΘΠ. “Dad didn’t realize he didn’t have anything until he went to college.”

And yet early life circumstances only seem to have inspired the 93-year-old to work harder, to appreciate both his accomplishments and failures and to maintain a sense of humor.

The retired St. Louis Browns outfielder and Westminster alumnus recently made headlines in a rollicking story about his batting average (.446 in the Minor Leagues before signing with the Browns); a quirky, infamous publicity stunt involving the humble Saucier and the 3-foot, 7-inch pinch-hitter Eddie Gaedel; his service in two wars; his years at Westminster as a mathematics major; and his sudden stroke of luck in striking oil — not necessarily in that order. Marvel at the story here. 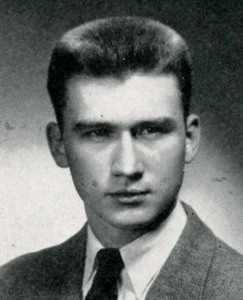 Frank Saucier, pictured above in the 1948 Blue Jay yearbook, played both basketball and baseball as a Westminster student.

Today Saucier is content puttering around his home in Amarillo, TX. Those who know him well say he enjoys telling stories — stories about his family and baseball — like when he swung at pitches from Satchel Paige and cut up with Rogers Hornsby between games.

Matthew Mitchell, Director of Athletics, caught up with Saucier on campus a few years ago and recalls a story the retired businessman told about Paige.

“Legend has it that Satchel would place a gum wrapper on the plate, and every pitch he threw would go directly over the gum wrapper, even when the wrapper would be moved to different sections of the plate,” Mitchell explains. “He would also place a lit candle on the plate, and the pitch would nip the wick and put out the flame. Frank witnessed both feats.”

Ultimately, Saucier enjoys telling stories about Westminster. He arrived on campus shortly after Winston Churchill delivered his “Iron Curtain” speech in 1946. Fresh from Japan and the Philippines after serving in the U.S. Navy, Saucier was instructed to list three different colleges in order of preference to receive funding from the V-12 Navy College Training Program. But there were no guarantees veterans would be given their first or second choice. Saucier made an all-or-nothing bet and scribbled down “Westminster College” three times. 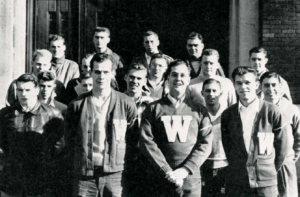 Frank Saucier, fourth row, third from the left, belonged to the W Club at Westminster. The 1948 Blue Jay describes the now non-existent group as “an organization of the outstanding athletes on the Westminster campus.”

In the end, Westminster is more important to Saucier than his batting average or being the subject of obscure baseball trivia questions. After laughing about his dad’s experiences with Gaedel and theatrical showman and franchise owner Bill Veeck, John becomes serious. He reflects, “Dad always says that as far as both educational experience and life experience, those four years at Westminster were better than any four years of his life.”