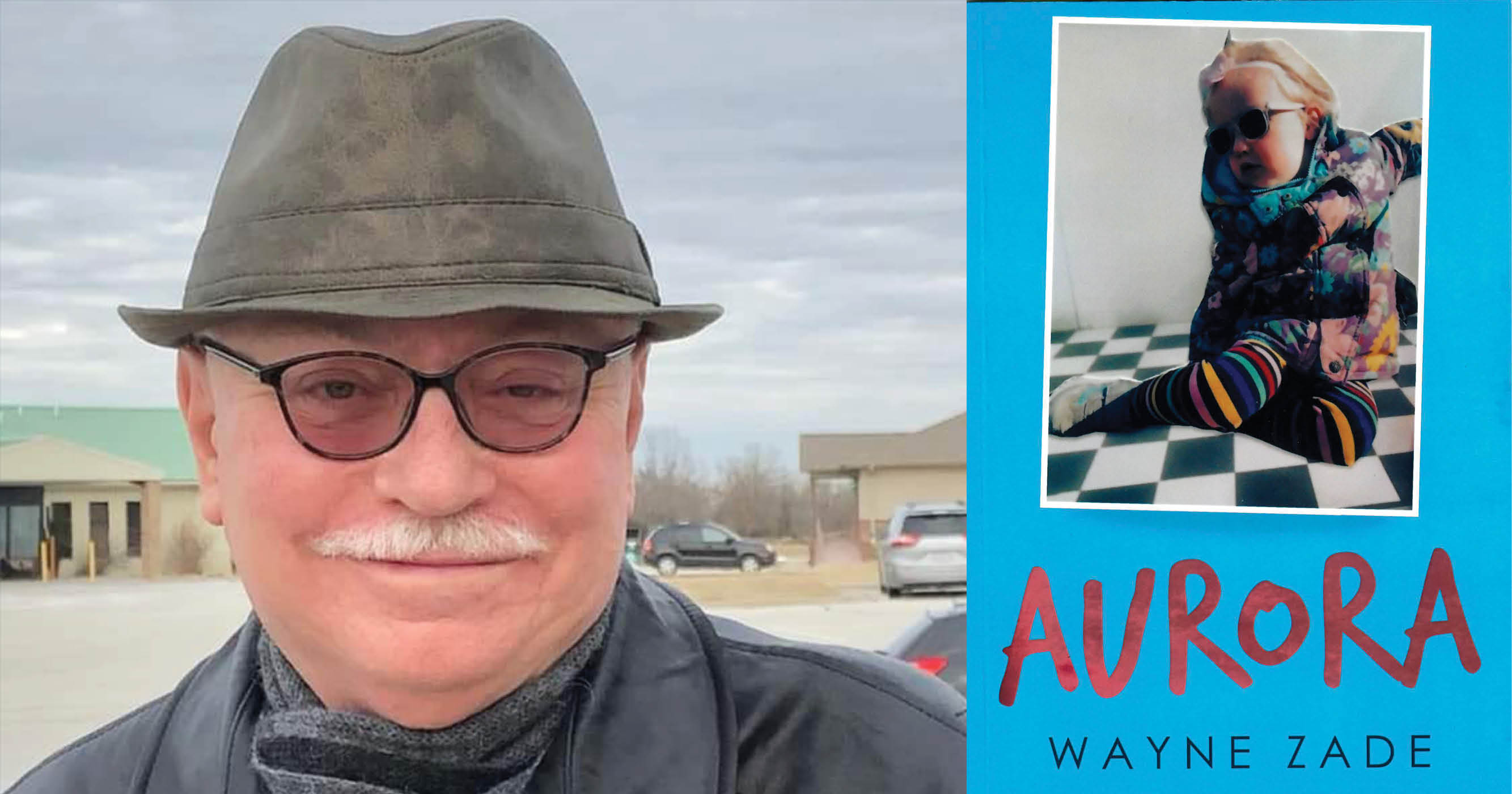 Many alumni know Wayne Zade, Professor Emeritus of English, from the required survey courses in American literature he taught for many years at Westminster College. They may not know that during those years, the lover of jazz (including jazz in Japan), sports and poetry was quietly composing countless poems of his own, many of which were published recently in his book titled Aurora.

Zade will read and talk about some of those poems as well as sign limited copies of Aurora at noon on Oct. 30 at the Westminster Bookstore. The book also can be purchased online from Amazon, Barnes & Noble and Lulu.com.

Aurora, named after Zade’s granddaughter, includes poems Westminster alumni might quickly relate to, including “American Vision: For My Students in ‘The Photograph as a Literary Text’” and “Catharsis,” which is a reflection on Death of a Salesman — an Arthur Miller play students often studied in his American Literature survey course.

Westminster recently caught up with Zade to ask about his penchant for poetry and his keen observations about Fulton, his family and, of course, Westminster College.

Of the courses you taught at Westminster, which was your favorite?

I hate this question! But I find myself telling people it was “American Literature Since the Civil War.” It gave me a chance to read and teach novels, short stories and plays — all of which I love and none of which I write. There were many non-English majors in those classes, and I like to think that I converted a few, or at least got them not to hate literature. Second favorite: “Trailer Park Fiction,” and that was an off-shoot of American Lit. And of course, all the poetry writing courses.

You say you taught “an even 40” years at the College, from 1976 to 2016. Did you write poetry consistently during those years? Would you say you have written more since retirement?

This just varies. I’m always diddling around, more or less, and sometimes poems come and sometimes they don’t. I wish I were more disciplined. I think it was Keats who said something like poetry ought to come like leaves to a tree or it ought not come at all, but it doesn’t always work that way. I really liked doing writing assignments with my writing classes. That forced me into getting some stuff done. A lot of the writing I’ve done in retirement has been rewriting, getting the poems ready to collect in the book.

How has your poetry changed over the years?

Excellent question: I like this one. I think as I’ve gotten older, and maybe since I began teaching American Lit, I’m slightly more aware of trying to aim at something like an awareness of American culture (and, in a real stretch, beyond this country). I grew up blissfully as a Boomer kid in the 1950s, when even if the world really wasn’t a simpler place, and the times really weren’t simpler, they seemed so. Now I wonder and I worry. For quite a while now, I think I’ve tried to write poems of hope, or affirmation, in times when those things don’t come easily.

Please tell a little bit about Aurora. How long has it been in the making?

This particular manuscript has been in the making for about two years. I’ve had other manuscripts over the years, several of them, that for one reason or another, my reasons or editors’, didn’t make it out. This book has some poems from those manuscripts and newer ones.

Do you plan to publish any other books of poetry that explore themes other than those you concentrated on in this book?

Gee, I hope so. I’m reminded of the answer the poet Harold Bond gave when he was asked about choosing his favorite of his own poems. He answered, “My favorite poem is my next one.” He was a very wise man.

How did your granddaughter inspire the title of your book?

My granddaughter arrived a bit late in my life, and I am profoundly, deeply, ineffably glad that she did. I got moving on this book because I wanted to leave something for her to remember me by. And that confirmation, affirmation, of life reminded me of needing to leave something for my family, friends and — this was very, very important to me — my students.