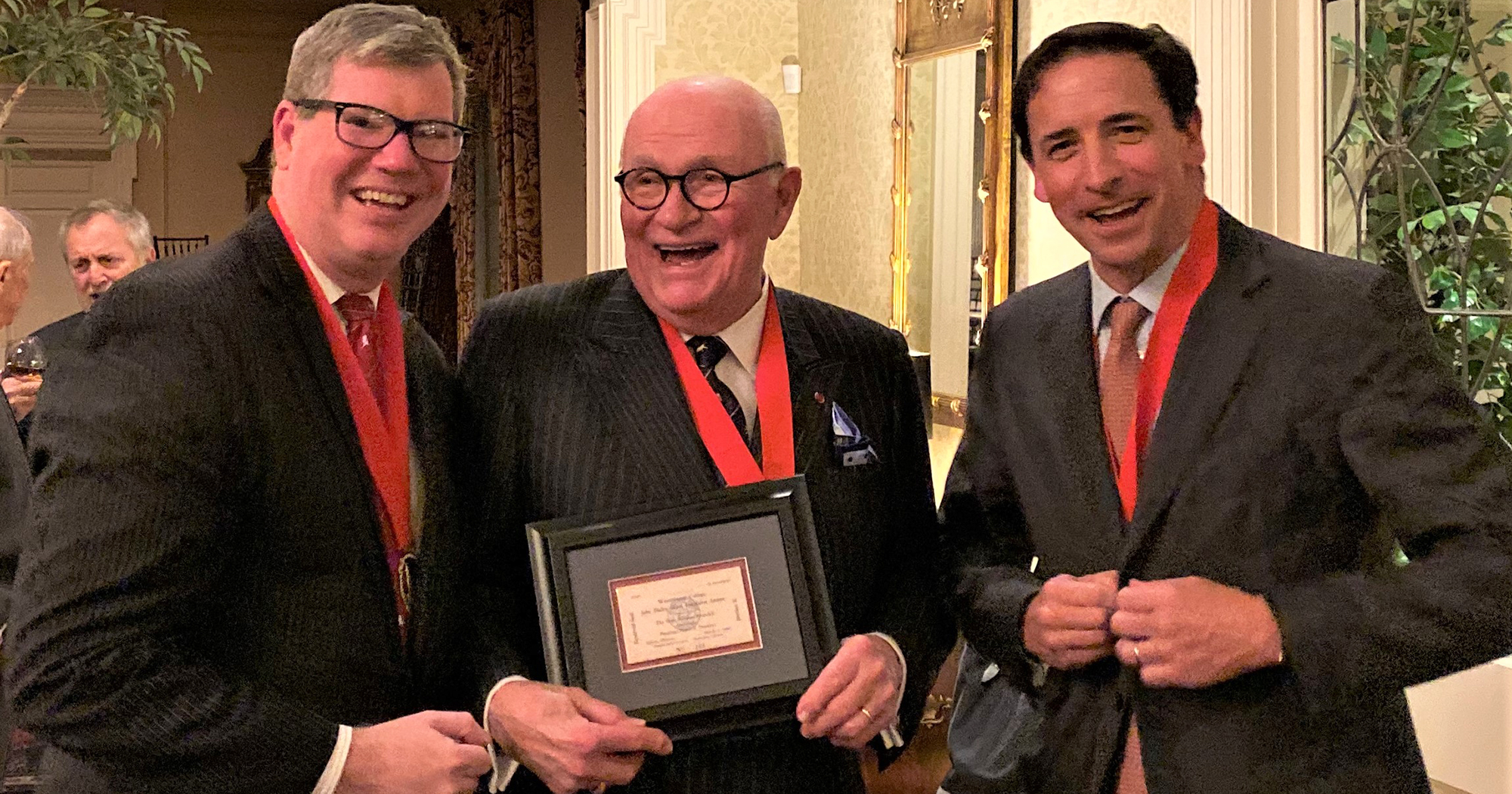 As a young man, Earle H. Harbison, Jr., could only squeeze through the crowd to catch a glimpse of Winston Churchill waving from his motorcade during the former British prime minister’s famous visit to Westminster College on March 5, 1946.

The Washington University student drove to Fulton, MO, from St. Louis, MO, that day to witness history being made. But he didn’t have a ticket to Churchill’s “Sinews of Peace” speech.

Harbison received that coveted ticket nearly 75 years later at a ceremony at the Bogey Club in St. Louis on Oct. 18. The former deputy director of the Central Intelligence Agency received the ticket along with the Distinguished Churchill Fellows Award by the Association of Churchill Fellows.

Harbison earned the award and ticket for his long-term commitment to America’s National Churchill Museum on the Westminster campus.

“It’s been 75 years, but I finally have one,” Harbison said.

Harbison received the ticket and designation as a Churchill Fellow from Timothy Riley, the Sandra L. and Monroe E. Trout Director and Chief Curator of the ANCM, and Senior Churchill Fellow Philip Boeckman, ’88 ΚΑ.

Harbison’s recognition was part of a ceremony titled “Churchill: The Sportsman.” Also included in the evening were a variety of presentations, including a talk by Olympic Swimmer and Gold Medalist Katie Hoff and a speech by the Hon. James E. Baker, a national security expert from Syracuse University in Syracuse, NY.

Both Hoff and Baker spoke on the Westminster campus last week.

For more about Harbison and his recent awards, read a story by Joe Holleman that ran in the St. Louis Post-Dispatch here.