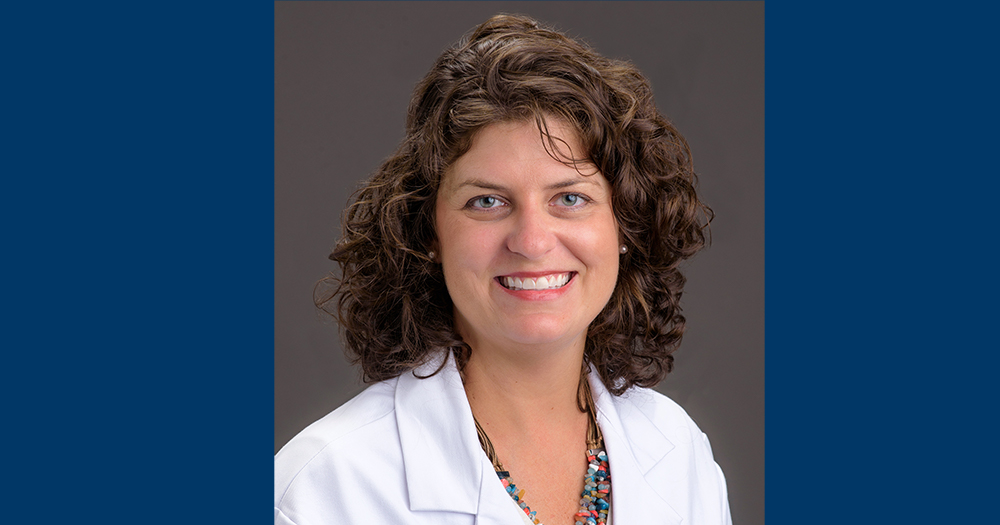 Katie Murray, DO, MS, ’05 ΚΑΘ is a one-of-a-kind physician. Not only is she a female urologist in a specialty dominated by men, but she also is the only urologist in the country with a Master of Science degree in academic medicine from the University of Missouri-Columbia.

But Murray’s standout qualities don’t stop there. After graduating from medical school at A.T. Still University in Kirksville, MO, in 2009 and completing a urology residency in 2014 at the University of Missouri-Kansas City, Murray achieved another first: She became the first and only doctor of osteopathic medicine to be accepted into the world-renowned urological oncology two-year fellowship at Memorial Sloan Kettering Cancer Center in New York.

“When I was in my fellowship, all of my colleagues were from Ivy League schools and programs from the East and West Coast,” Murray says of the fellowship she completed in 2016. “I was the hardest-working Midwesterner they ever saw.” 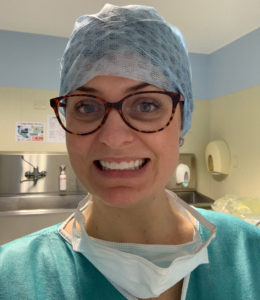 Murray’s hard work has paid off. Following the fellowship, the Farmington, MO, native accepted a position as an assistant professor at the University of Missouri School of Medicine as well as medical director of the Department of Urological Oncology at MU’s Ellis Fischel Cancer Center.

The dedicated urologist — whose off-the-wall love of cleaning animal bones (see inset below) launched her interest in medicine  — was featured in the Spring 2019 issue of MU Health magazine. The article focused primarily on Murray’s bedside manner and people skills, which she attributes to her time spent at Westminster.

“Leadership is something I learned in so many aspects at Westminster. It created the skills I use every day in the operating room and clinic,” she explains.

Murray adds that she strives to use her leadership qualities to help inspire medical school students, especially women, who make up only 6 percent to 8 percent of the urology profession.

“I have become a mentor for many female medical students (both MDs and DOs) who are desiring a position in a male-dominated field,” she says.

When she isn’t working long hours in the clinic or hospital, Murray says she enjoys spending time with and mentoring her nieces and nephews, Pearl, 6; Paris, 4; and Ambrose, 2.

“They are convinced they are going to be surgeons and cut open belly buttons just like me,” she says with a laugh. 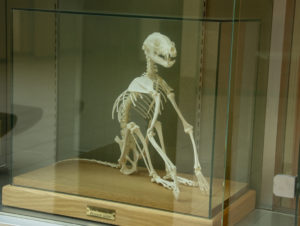 Katie Murray, DO, MS, is the proud amateur paleontologist/bone collector who is responsible for this assembled raccoon skeleton behind glass at Coulter Science Center. The project was part of a research elective Murray completed with fellow biology major Julie Linden ’05 under the direction of Professor Emeritus Dr. Michael Amspoker.

Labeled simply, “Katie Murray ’05, Procyon Lotor,” the skeleton almost seems to be named “Katie Murray, Raccoon” rather than indicating the reconstruction was her project. The finished display seems fitting to the good-humored physician.

Murray reminisces, “We decided to take apart and re-create the skeleton of an animal. I decided to trap a raccoon and called taxidermists all over mid-Missouri until I found someone who would ‘trap’ one for me. Unfortunately, there was a crack in the skull, so I sent out a campus-wide email looking for roadkill. Along with my roommates, we took a shovel and picked up the roadkill raccoon from Highway 63 one afternoon. Long story: I scrubbed those bones for hours to make them white. Once all the bones were clean, I put them back together anatomically for display. To this day, my family buys me stuffed raccoons, raccoon Christmas ornaments … I guess I will always have a special place in my heart for raccoons. Thanks, Dr. Amspoker!”

Whenever you’re on campus, be sure to stop by Coulter to check out Katie the Raccoon!