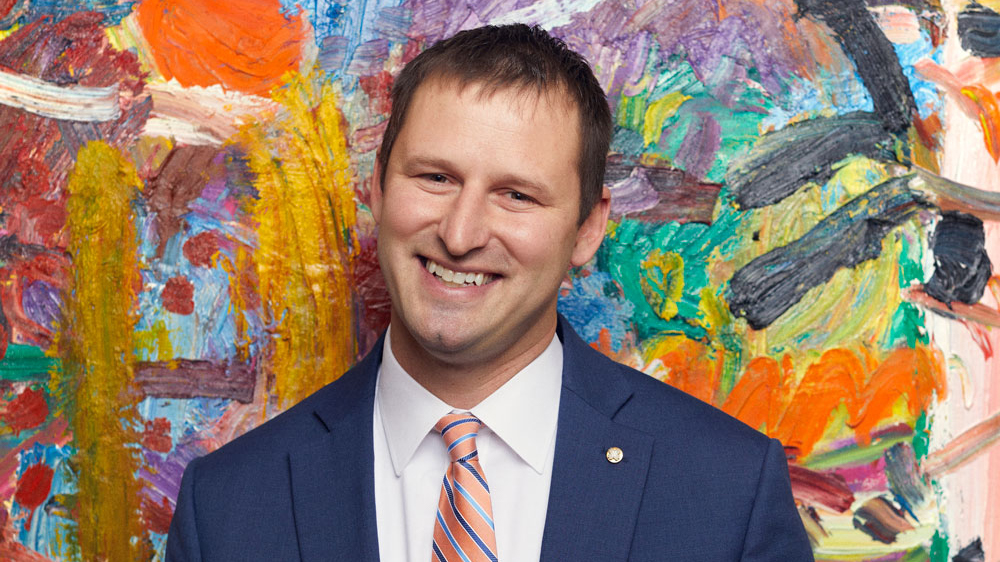 A resident of Jefferson City, MO, Toosley recently told Westminster College that the institution positively impacted his banking career as well as introduced him to the love of his life.

“Westminster will always hold a special place with me, as I met my wife, Whitney (Meurer), ’10, in Blue Jay country,” Toosley explains.

The former Blue Jays basketball player who majored in business administration adds that relationships formed at Westminster essentially are what make the College special. He says his bonds with teammates, classmates and staff members were key to his success at Westminster and afterwards.

And Toosley says his Westminster education was phenomenal.

“The knowledge I gained at Westminster has been invaluable throughout my banking career,” Toosley reflects. “I have worked at Central Bank for 14 years and have had the opportunity to work with other alumni and have seen firsthand how prepared we were after graduation!”

To read more about the father of three, his philosophy on patience, his devotion to volunteerism and his favorite pet, go to the Jefferson City Magazine feature here.