Working Together to Bring Solar Study Lights to Students in Rwanda 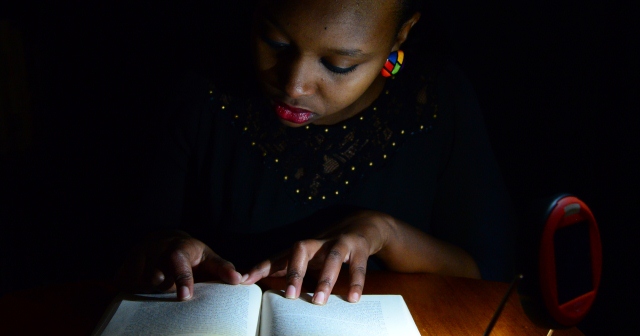 With “education” being the most proven poverty-fighter, Westminster students have partnered with Humanity for Children, the Fulton Rotary Club, a Rwanda Rotary Club and remote villages in Ngoma District in Rwanda on The Bright Light Campaign. 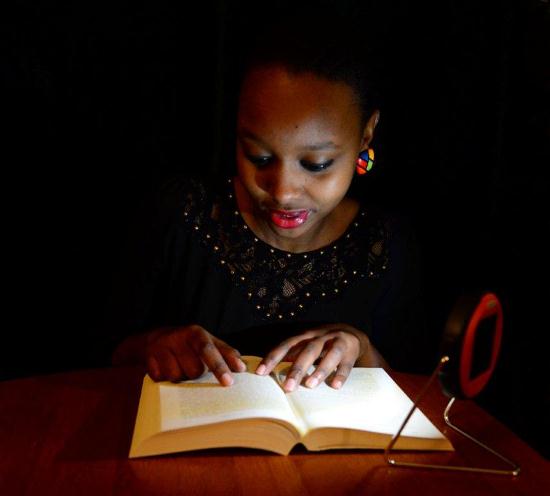 This pilot project will bring solar study lamps to middle-school children in two remote villages – one village (Gashanda) is the focus of fundraising efforts of the Westminster-Fulton campus and the Fulton/Callaway community; and another village (Gahurire) will be the target of the students at Westminster College campus in Mesa.

Not only will these schools receive solar study lights for their Primary-6 students, each school will receive a library that contains books in their tribal language (Kinyarwanda) and English.

According to Westminster professor Dr. Bob Hansen, The Bright Light fundraiser on the Fulton campus at the end of February will put us in a great position to fund for the solar study lights and library for Gashanda Primary School for at least two years.  Our commitment is to provide the lights to all new P-6 students for a total of five years.  This will give us enough time to study the effects that the lights have on study time, the number of books read, and admission rates of those seeking secondary education.

The Westminster-Mesa project is quickly picking up steam and we are confident that we will reach the goal of distributing the solar study lights by next January and establishing the library by the following June. 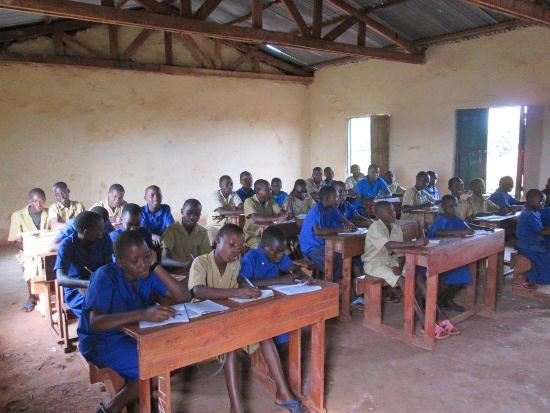 Pictured here are the Primary-6 students at the Gahurire Village Primary School who will receive the solar study lights from the Westminster Mesa Bright Light Campaign.

Westminster students leading this project on the Fulton Campus are Sandra Nivyabandi, Enrique Salanic Alvarado, Jenna Teter, and Meredith Bolen.  Leading the charge on the Mesa campus are Kairleigh Oakes and Kaitlin Rosholm.

Westminster’s History of Service in Rwanda

Westminster College has been involved with this remote area of Eastern Rwanda and the main town of Kibungo since 2007 when Dr. Hansen visited this area on behalf of Humanity for Children (HFC).  During the next summer, four Westminster students received a Projects for Peace grant that sent them to Rwanda where they would join Dr. Hansen in conducting health needs assessment on behalf of HFC.  The students met with individuals and families in their homes, as well as church and village groups to document the types of health problems they were experiencing and how the accessed medical care.

What they discovered is that people in the remote villages had no access to health care unless they would walk for a day to Kibungo Town, and that the most frequent health problems were malaria, TB, diarrhea caused by bad water, intestinal worms, HIV, and malnutrition-related illnesses.  Infant and mother mortality rates were alarming and were directly related to the lack of available health care.  As a result of the students’ research and a new partnership that was developed between Fulton/Callaway County and Kibungo Town/Ngoma District, two new health clinics have been established in this remote area. 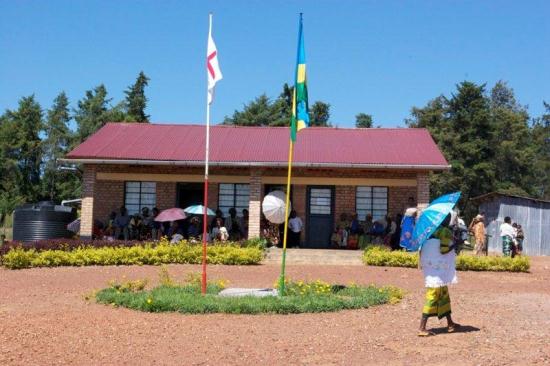 Pictured here is Gashanda Health Clinic, the first of two clinics in Westminster’s initiative to bring health care to a remote area of Ngoma District. This clinic is seeing 500 people a week. Prior to the establishment of this clinic, people (including pregnant moms, children and the elderly) would have to walk an entire day to receive care in Kibungo. 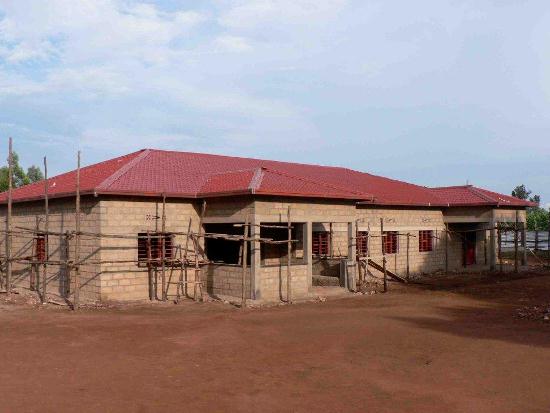 The third photo is of the larger health center at Karama Village which should open within the next few months. It is halfway between Gashanda and Kibungo (a larger town with a hospital).

Westminster students have made five trips to Rwanda since those four students returned in 2008 and the partnerships have grown to include microloans for women wanting to start mini-businesses in order to afford school costs for their kids, two livestock projects that mirror the model used by Heifer International, the support of a preschool, and helping a women’s craft collective acquire treadle sewing machines and materials.  This summer, five more Westminster students will travel to Rwanda to monitor and expand these projects. 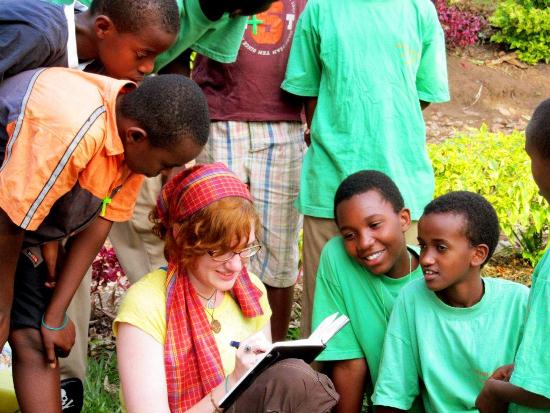 Emily Vreeland ’12 demonstrates her artistic abilities to students in Rwanda during a summer 2012 volunteer trip. 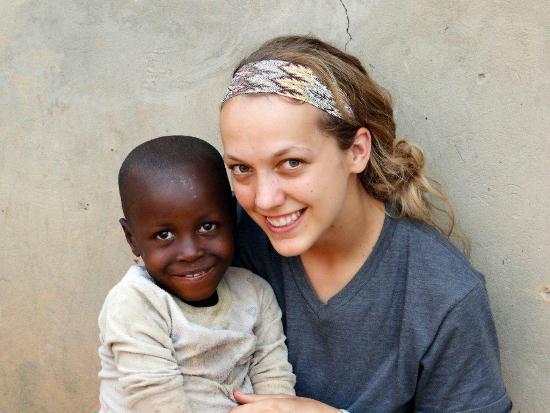 Kenna Cornelson ’13 is pictured with a Rwandan child in the summer of 2013. Kenna spent her entire summer volunteering with physical therapists in Rwanda.