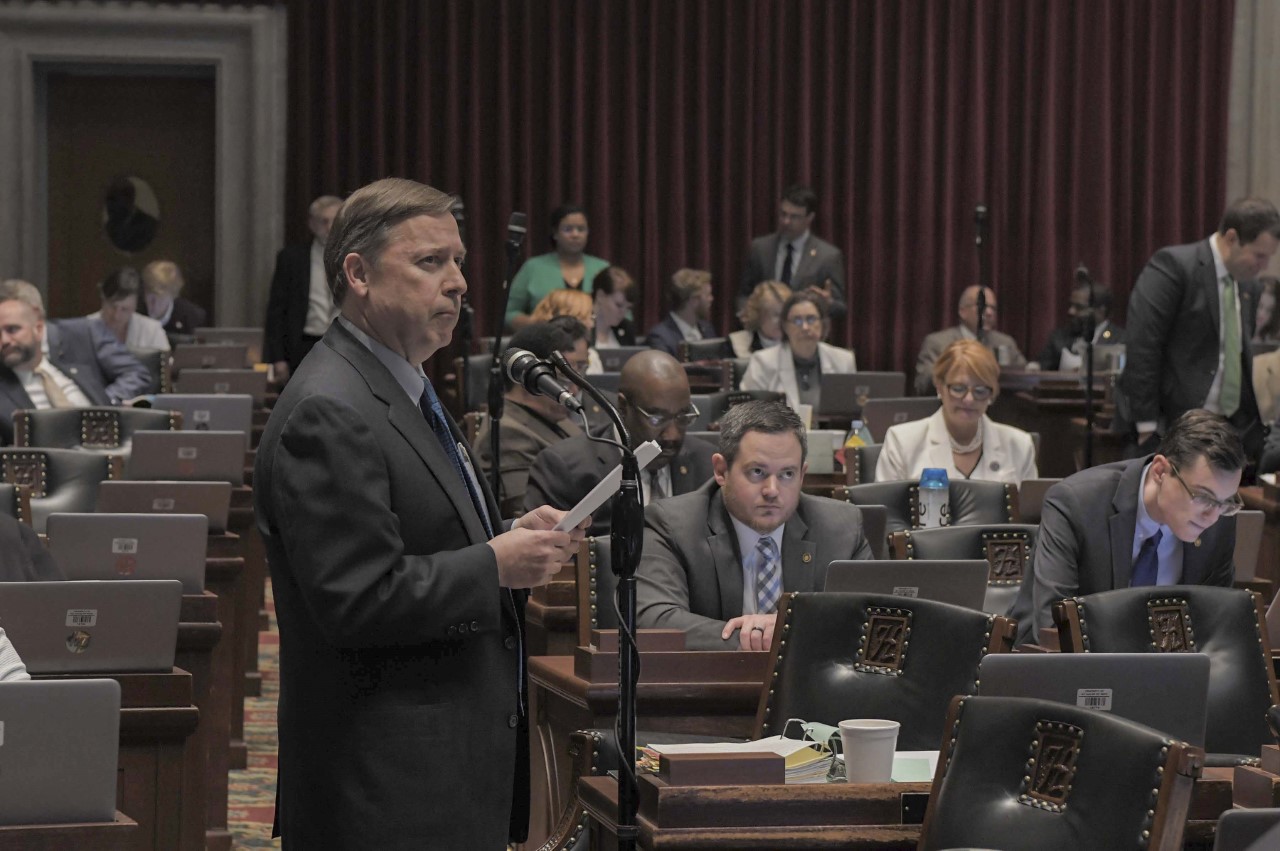 Missouri State Rep. Louis Riggs, ’83 ΔΤΔ, made headlines on April 28 for announcing his candidacy for assistant majority floor leader of the Missouri House of Representatives.

Elections for Missouri House majority and minority floor leaders will take place shortly after the presidential election in November. Meanwhile, the Republican from Hannibal, MO, remains busy representing District 5 — a post to which he was elected in November 2018.

When he isn’t in session at the capitol in Jefferson City, MO, Riggs works as an associate professor of English and serves as a pre-law advisor at Hannibal-LaGrange University. He also is a part-time attorney. Riggs received a degree in law from the University of Missouri School of Law after earning a degree in English from Westminster.

And although many years have passed since he worked on the Student Government Association and Pub Board at Westminster, Riggs says his leadership experiences at Westminster continue to influence him today.

“We thrashed out budgetary matters and held editors accountable for the use of our student activity fee dollars, much the same way we ask pointed questions of department and division heads in the House today to make sure they are not squandering your tax dollars,” Riggs reminisces, adding, “Iron sharpens iron, and being able to be so engaged in numerous organizations at Westminster provided many valuable leadership experiences for me.”