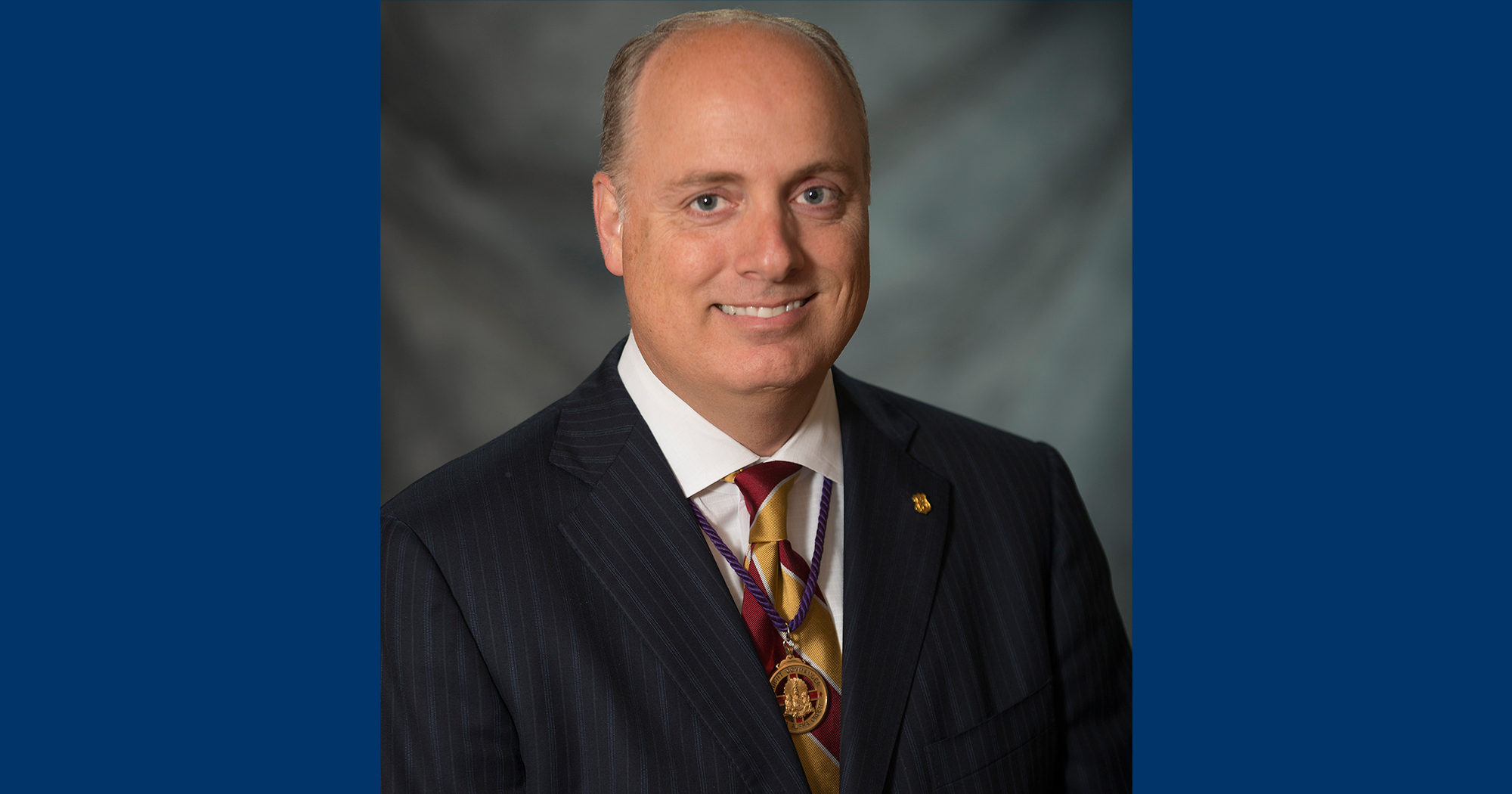 Darren Kay, ’91 ΚΑ, is an assurance partner with Ernst & Young in Indianapolis, IN, whose fraternity remains as important to him today as it was in the early 1990s. Kay just completed his second two-year term as Knight Commander — the highest rank one can attain in the Kappa Alpha Order.

“From my tenure as Knight Commander, I am most proud of our efforts to focus all of our leadership development activities on our values of Reverence, Gentility, Knowledge, Leadership, Brotherhood and Excellence as we seek to deliver on our purpose of serving as a moral compass for the modern gentleman,” Kay reflects.

In addition to managing fraternity business, Kay has spent more than 25 years in the insurance industry. He currently serves in Ernst & Young’s Financial Services Office, specializing in American health insurance. Kay is a frequent speaker on insurance industry topics.

Still, for Kay, his many professional accomplishments pale in comparison to his feelings about both the Alpha Eta Chapter at Westminster and Kappa Alpha Order throughout the country. Kay believes the undergraduate Greek experience is as important today as ever, and he readily discusses his pride in recent national KA history: In 2018, the Order attained its highest GPA ever and largest ever undergraduate membership. Kay adds that he is proud of the fraternity’s national efforts to support Donate Life and the Independence Fund.

Read further to learn more about Kay’s relationship with Kappa Alpha Order and his family, both of which are of utmost importance to him since graduating with a degree in Accounting, Business Administration and Economics almost 30 years ago this month.

Please tell more about your involvement with Kappa Alpha Order throughout the last three decades.

Serving as Knight Commander represents the pinnacle of my volunteer efforts that began in the early 1990s as Alumnus Advisor of our Alpha Eta Chapter at Westminster. Throughout my service to KA, I also served for seven years as the Chiles Province Commander and was responsible for KA’s seven undergraduate chapters in the state of Missouri. I spent eight years as a member of the Executive Council, including three years as the Senior Councilor, and I am currently in my eighth year as a member of the Board of Trustees of the Kappa Alpha Order Educational Foundation. I have also been honored to receive the Knight Commander’s Accolade, which is the highest honor a KA can receive, and to be inducted into 14 Courts of Honor.

What role did Westminster play in leading you to your current position?

Leadership is a foundational aspect of the Westminster experience. While Westminster certainly prepared me academically, the leadership experiences I gained both within KA and the broader campus community enabled me to develop well beyond what a kid from Sayre, OK, otherwise could have expected.

Westminster also developed my understanding of the importance of giving back your time and treasure to those institutions that are important to you. As an undergrad, I was able to engage with numerous dedicated volunteer leaders, including Dr. James Schmuck, Dr. George Parkins, Al Jenkins, Blake Craghead and Carl Trauernicht, who helped me to understand my role. As a result, I have given back to both Westminster and KA every year since I graduated. My involvement on Westminster’s Alumni Council and time as President of the Westminster Club of Kansas City continued my development as a volunteer leader.

Anyone who has been through fraternity rush at Westminster in the last 30 to 40 years has experienced the KA’s national awards speech. At the beginning of my junior year, our chapter set a goal to win KA’s award for the top chapter in the nation. We had an incredible year, from getting the best pledge class ever to having the highest grades on campus to winning the intramural supremacy trophy. Then we celebrated our chapter’s centennial. That following summer, several of us attended KA’s National Leadership Institute in Nashville, and we were named the top chapter in KA.

What do you consider your greatest success?

There are numerous professional and volunteer achievements of which I am proud, but my greatest success exists in my 28-year marriage to Karen and our two incredibly talented, Christian sons: Allen and Mason.

Dr. Tony Barrett, who taught Economics. I appreciated the academic challenges he presented in class, but more importantly, I appreciated his encouragement to consider the real-world implications and outcomes of the concepts we were learning. But, in my mind, one of the strengths of Westminster was its faculty, and I enjoyed almost every professor I encountered in my time there (I won’t name the couple that I didn’t).

Certainly the KA House, as I have so many memories of my three years living there, but also the Church of St. Mary, the Virgin, Aldermanbury. It’s where I was initiated into Kappa Alpha Order, where I met President Ronald Reagan and it symbolizes the fact that if you have a strong foundation and are willing to persevere, then you can survive anything.

The Five Marks of a Man by Brian Tome

“As iron sharpens iron, so does one man sharpen another.” – Proverbs 27:17

I don’t have too much, but my greatest joys are watching my sons compete or perform.