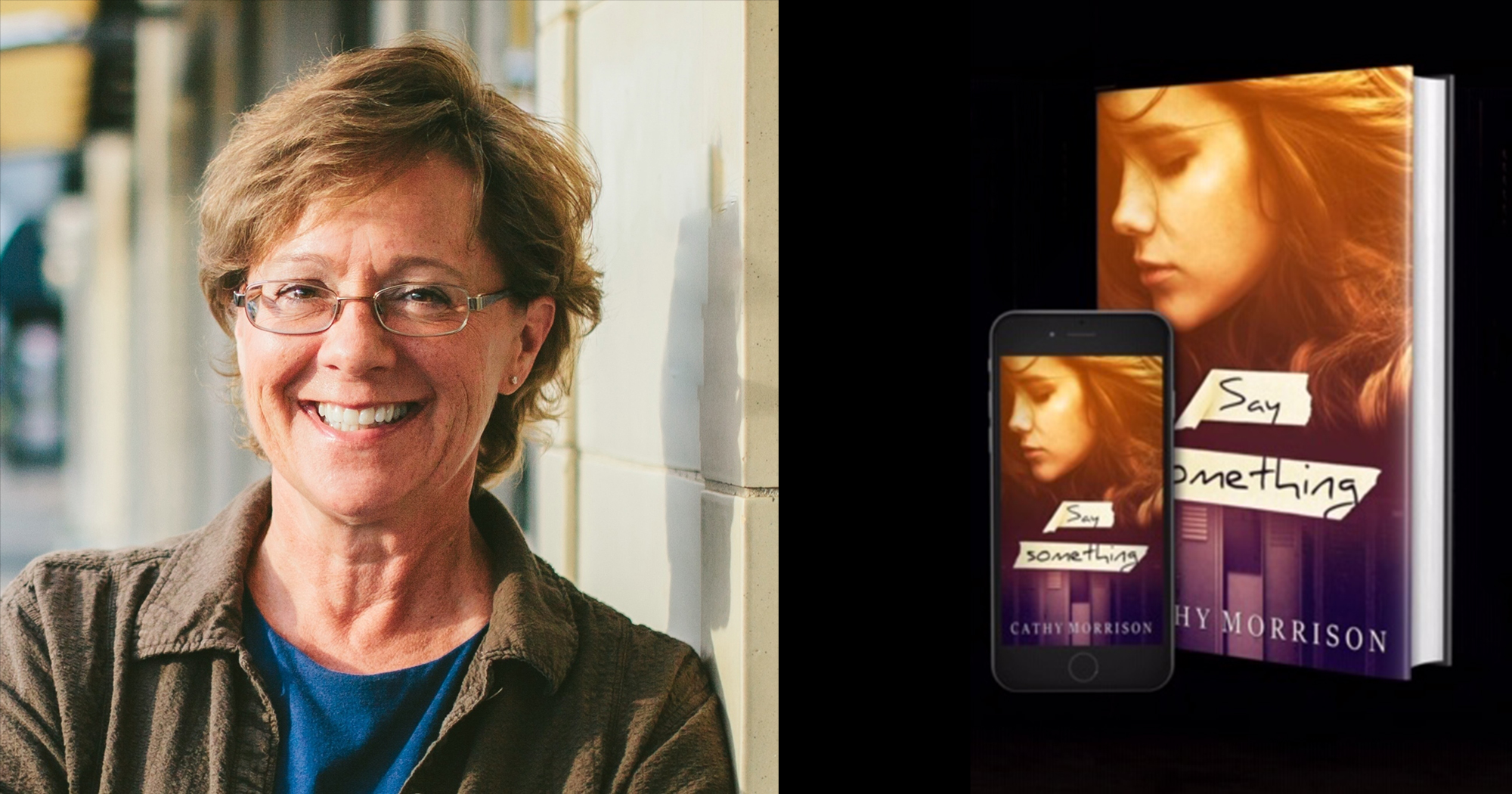 A startling issue faced Cathy (Hill) Morrison, ‘84, as she delivered a series of seminars at more than 30 schools and churches beginning in 2015. The Lee’s Summit, MO, resident had carefully created a program to help adults protect children from abuse — but the adults kept pulling Morrison aside to tell their similar personal stories.

“Survivors among the participants shared their stories, and through their words, the statistics of one in four girls and one in six boys became real people … daughters and sons, brothers and sisters, parents, friends,” Morrison explains.

Thus the idea for Say Something was born. Her first published young adult novel, released a little more than a year ago in January 2019, chronicles the journey of a teenage survivor of abuse as she struggles to find her voice. Morrison says the main character’s story and her power belong to all survivors.

“I believe in the power of stories to positively impact our world,” Morrison explains. “I hope this novel and its resources make adults and young people more aware of the dangers young people face and make it easier for survivors to share their truth.”

A keynote speaker as well as a leadership and team development consultant for Common Purpose Consulting and Lynch Bryan Consulting, Morrison speaks at schools, at events and on public radio and local television regarding the topics of abuse and empowering youth.

Morrison is a 40 Years, 40 Women honoree who Westminster recently featured here, where she explains her profession: “I work with individuals and organizations to help them break through barriers to high performance and achieve exceptional results,” she says.

Morrison majored in English with an emphasis in economics and business administration.

One of the first female graduates of Westminster and the first woman elected to the Student Government Association, Morrison seems accustomed to breaking down barriers and plans to continue writing novels that focus on the complex struggles of teenagers.

She reflects, “If we all work together, we can write a different story: one where fewer children are abused, where more survivors have help on the path to healing and where more perpetrators are brought to justice.”