Woman Left for Dead in Rwanda Genocide to Give Powerful Lecture 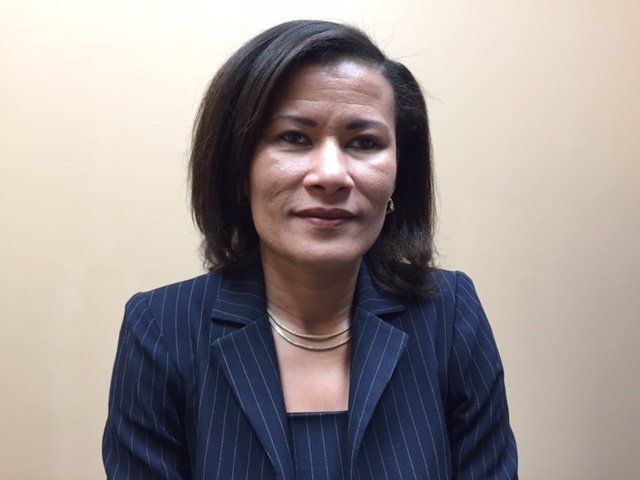 Marie-Christine Williams, who survived 100 days of flight in the wilderness and being shot, sliced with a machete and left for dead, will tell her story at noon, Thursday, Dec. 1, in the Hermann Lounge on the campus of Westminster College. The lecture is free and open to the public.

“Marie-Christine’s powerful story of strength, determination and survival is an inspiring lecture not to be missed,” says Westminster President Benjamin Ola. Akande.

In her lecture Williams explores the nature of forgiveness and the healing power of compassion and service to faith, hope and the triumph of the human spirit.

Williams, who now lives in O’Fallon, MO with her son Shawn, survived the 1994 Rwandan genocide which slaughtered 80% of Rwanda’s Tutsi population. During this genocide, extremist members of the Hutu majority in Rwanda turned against their Tutsi and moderate Hutu friends and killed one million of them.

Only 14 years old at the time, Williams hid in bushes in the family’s backyard as she listened to her family members being killed with machetes. For the next 100 days, she traveled by night and hid by day, trying to elude the death squads on the road that were executing every Tutsi tribe member they found.  She was captured twice and escaped.

When she was captured the third time, her captors shot her in the leg and back, hacked her with a machete, and pushed her off the bridge.  Rebel soldiers from the Rwandan Patriotic Front heard her cries and pulled her from a pile of corpses.

Her harrowing journey to survival is captured in her book, The Dark Side of Human Nature: The Rwandan Massacre of April-July, 1994 A Personal Story. Her book will be on sale at the event and Williams will sign copies immediately following her lecture.

“Being caught in the evil bloodbath of a civil war, the despair was my silencer,” Williams says. “Now I’m ready to tell my story so that in this time of challenges, sufferings, trauma, grief, or whatever people are going through, they will come to know, as I have, that determination and compassion can save, and even better their lives.”