Watch “Citizen of Your World” Video 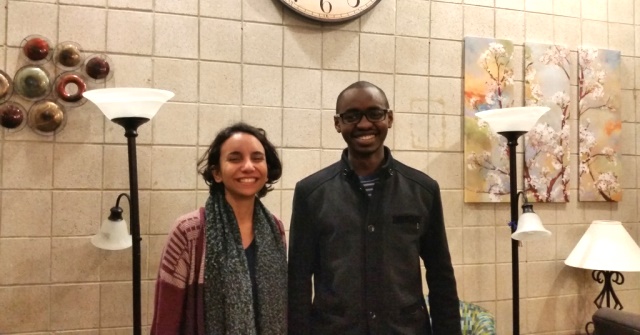 Born in Syria, Neveen Abuelula ’19 is a freshman at Westminster College. She was 16 in 2011 when a bomb went off near her school, shaking the building as if an earthquake had struck, killing 700 people.

Abuelula’s story is shared through the Citizen of Your World campaign, an initiative started by Steven Sakayroun ’16. Through Steven’s efforts and the support of other Westminster students, the campaign aims to bring awareness to people in need around the world who are forgotten.

“We have witnessed an over-saturation of media to important global issues that has caused individuals to disconnect from the people who are suffering around the world,” says Sakayroun on behalf of the team.

The goal of the campaign is to rebuild the lost link of care and empathy between the people who are affected by unseen daily struggles and those who are watching. One way the campaign works toward these goals is by creating videos like the one below where Neveen’s story is shared.

“The use of multiple faces and voices was important in that it captures the idea of togetherness perfectly.” says Steven. “It represents how everyone’s story is connected and how a change in one’s story can heavily impact everyone else’s.”

Steven is majoring in Mathematics, Computer Science, and French. He aspires to work in software development and become an entrepreneur. Neveen is currently undecided in her major, but has interest in political science, environmental studies, and journalism.

The “Citizen of Your World” campaign team is actively looking for volunteers. They are looking for writers, actors, videographers, photographers, singers and more. If you are interested in participating in the project, please send an email to citizenofyourworld@gmail.com.