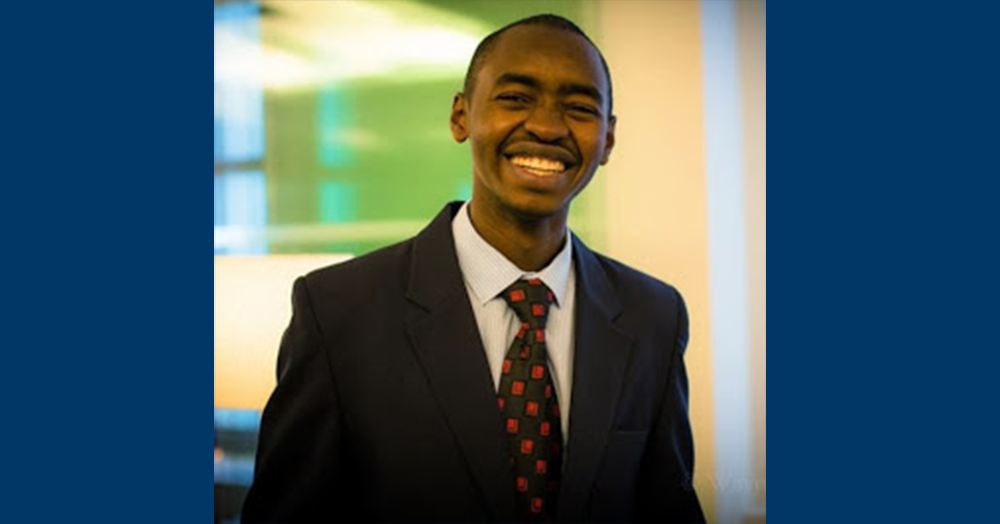 Although he only graduated from Westminster College three years ago, Steven Sakayroun, ’16, is already making business and tech-world headlines.

The mathematics, computer science and French major from the Central African Republic was featured in TechCrunch magazine in November for a business he co-founded. Read about the innovative startup named NIMA Codes here.

NIMA Codes locates addresses in unmapped locations using mobile phones — a much-needed service throughout the continent, where many homes and businesses do not have registered addresses.

It turns out that Sakayroun is a problem solver who is blending his Westminster education and risk-taking attitude together to help those throughout Senegal and other parts of Western Africa. Read more about what drives Sakayroun at such a young age to not only found and run a company but to solve a problem of global importance.

Where do you live now?

Between Dakar, Senegal, and New Jersey.

How did you become involved with the NIMA Codes startup? Where did the idea come from?

My childhood friend and co-founder Mouhammadou Sall approached me with the idea last year, and I was instantly enamored by it. It was not only solving a real problem that most people in developing countries like our own face, but also does it in an ingenious way, by using phone numbers to provide people with a reliable address.

It seems like some of our most successful recent graduates have started companies throughout Africa. Can you discuss why you think this is happening?

As a continent with many processes still in development, Africa has many opportunities for those who care to look. Mapping/navigation is one of those. As the youngest continent with more than half of the population below 25 years old, it is imperative that young people be the ones to lead the development of the continent, and they are doing it.

What advice would you give to current college students or recent graduates who are interested in founding their own companies?

Go for it. If it does not work out, you will come out on the other end richer in experiences. It also forces one to get outside of their comfort zone, which in my opinion is an integral part of personal growth.

Can you describe what you primarily do on a day-to-day basis?

As a small startup, one has to do everything. From coding to marketing to dealing with potential customers.

How did you find your purpose in life? What role did Westminster play in that?

As far as purpose goes, I have always been driven mostly by my faith in God and also, early on, by my mother’s and grandfather’s principles. However, as far as preparation, many people at Westminster have contributed to my growth: Dr. Jeremy Straughn, Dr. Edward Mirielli, Dr. Carolyn Perry, Dr. Kate Benson, Matthew Murrie, Dr. Erin Martin, Dr. Ingrid Ilinca and more.

What are your long-term goals?

My long-term goals are to implement and help others implement projects that collectively make the world genuinely better. I have a wide array of passions, so my broad answers are deliberate.

The work the Westminster Poverty Initiative group and I did were definitely some of my best times at Westminster. Raising funds to help women in rural Nepal, build a school in Madagascar and more were some of my most fond memories.