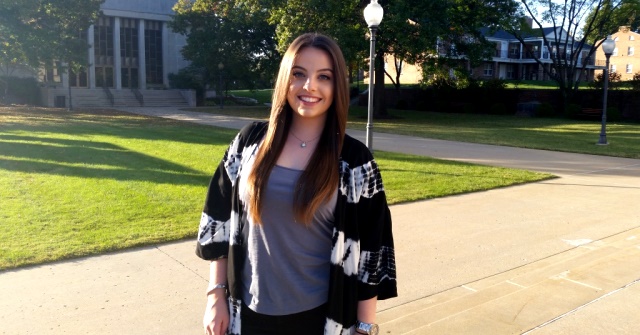 For new students at Westminster, deciding whether to join a Greek organization or remain independent can be a tough decision. This decision is often even harder for international students who find the concept of Greek organizations even more unfamiliar. In order to help give international students a better picture of what it is like to go Greek at Westminster, we asked two students from abroad to share their stories.

Lillie Turkington ’20 (above) of Belfast, Northern Ireland had this to say about her experience.

I wasn’t really sure what Greek life actually was because it isn’t a part of our culture back home in Northern Ireland. My only prior experience of Greek life was what I had seen in the movies. Like me most people back home only know what they have seen on TV or in movies, which is that it is an excuse to party all the time and there is a lot of hazing that goes on. Obviously this gave a very negative interpretation of Greek life and it didn’t seem like something I would want to be a part of.

I was worried that the girls would be very judgmental during recruitment and that it would be hard to find a sorority where I was able to fit in and be myself. However, I thought it was important to come to America with an open mind and wanted to immerse myself in the culture as much as possible. I decided to reserve judgment and try to ignore what I thought I knew about Greek life before I had actually tried it.

I was super nervous during recruitment! It was something that was completely different from anything I have ever experienced before. Once I settled in though, I realized that everyone was so easy to get along with and it wasn’t as intimidating as I had originally expected.

I loved meeting loads of new people and making connections with everyone. Even if I didn’t decide to join a sorority I still would have been glad I participated in recruitment because I got to make a lot of new friends that I regularly keep in contact with.

Do you like being in a Greek organization now? Why?

I really enjoy being a part of Alpha Gamma Delta and I’m happy I decided to go Greek. There’s a strong support network of people and everyone there is so lovely. I get along really well with all of them.

What do you look forward to as a Greek member now?

In the short-term, I’m really excited to find out who my Big (an older member to serve as my mentor) will be. I’m also looking forward to learning more about the traditions of the sorority and getting to know the girls more throughout my time at Westminster. 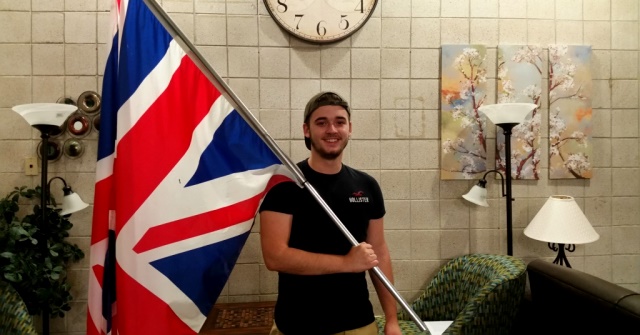 On the fraternity side of things, Louis Carron ’16 (above) of Portsmouth, England shared his thoughts with us.

What do people from your home country think about Greek organizations? Did you have the same thoughts before getting here?

Like Lillie I did not know much about Greek life before I came here and had only learned of it through movies so I didn’t know what to think. I definitely wanted to know more about it coming here. Although the movies portrayed Greek members party a lot and that’s it, I figured like everything else in the movies it was an exaggeration.

I was worried about lots of stuff happening in terms of alcohol and drugs since both substances are depicted in the movies as being used in Greek organizations.

Amazing, but short lived. I wished it had lasted a lot longer because I enjoyed having the opportunity to meet so many new people as an international student at a new school.

Meeting guys from all over campus that I wouldn’t have been able to if I didn’t go through recruitment. Secondly was the awe and new experience of it! It was mental because we managed to see inside all five fraternity houses, which was sweet for me coming from a place with no Greek life whatsoever. Getting to see what the men and the cultures of the houses were like during recruitment also showed me there is a lot more to fraternity life than what is shown in the movies, as I expected.

We don’t have it in my home country so I wanted to experience something new! Also I didn’t want to take the movie perspective of fraternities and sororities as completely true since they only give them a negative reputation. I wanted to make my own mind up and determine for myself what they were like and if they would benefit me as a college student.

Do you like being in a Greek organization now? Why?

Absolutely, I feel so welcomed and I love spending time with my new brothers. Going further, the charitable aspect of fraternity life is huge for me. I think it is important to be a part of the local community and serve it.

What do you look forward to as a Greek member now?

Doing more charity work and getting involved in events both on and off campus. As I am here for one semester, I want to spend my time at Westminster with both the general student population and with my fraternity brothers making memories that’ll last long after I leave.