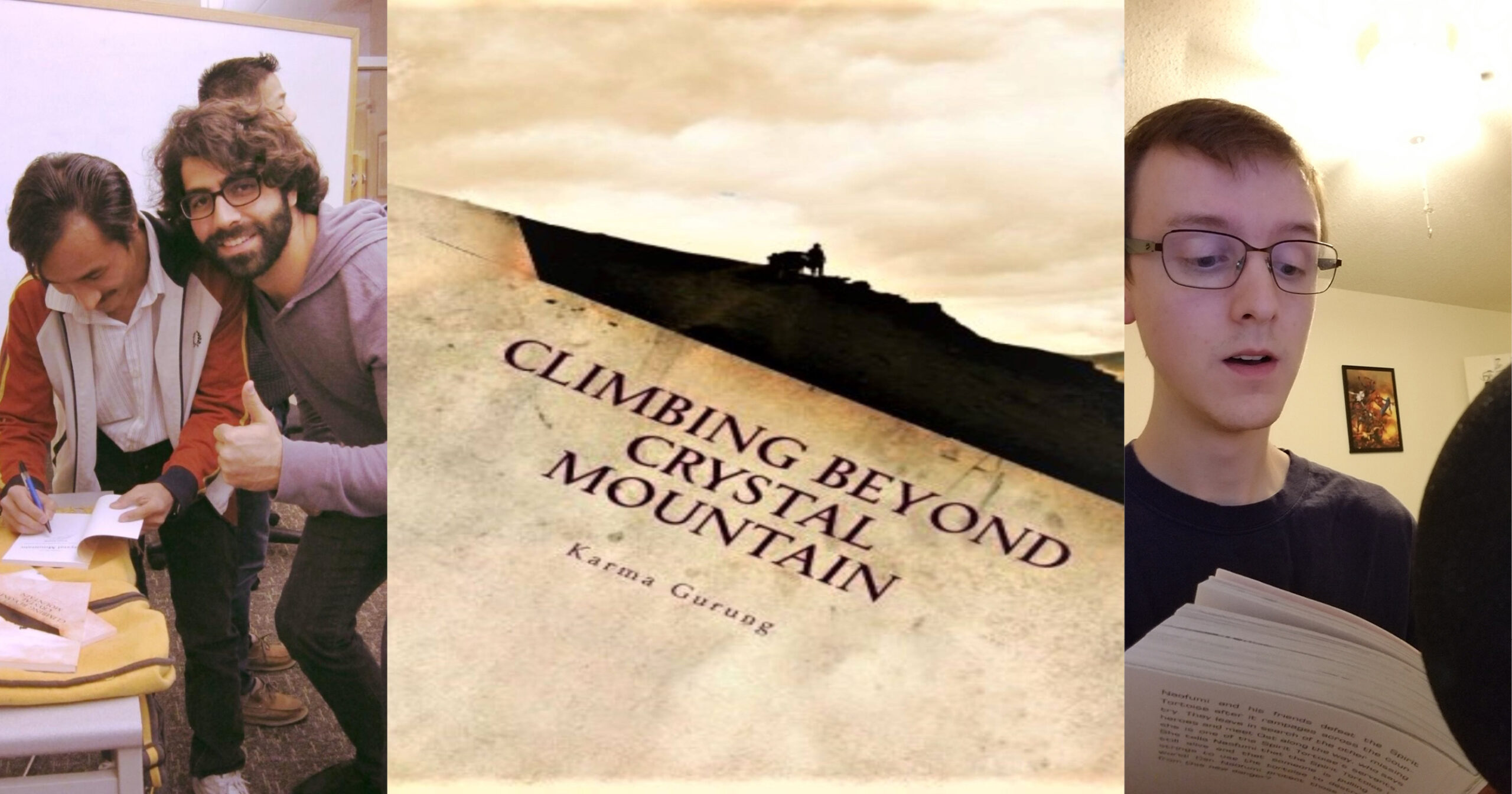 For Karma Gurung, ’13, Crystal Mountain in Nepal literally served as his childhood playground while figuratively symbolizing his life’s struggles. The Karang, Nepal, native wrote a geographic and spiritual memoir about the Himalayan mountain shortly after his graduation from Westminster.

Originally published in 2013, Climbing Beyond Crystal Mountain: A Wild Adventure into the Heart of the Himalayas was recorded and released as an audiobook by alumnus Thomas Miller, ’16 ΦΔΘ, in December 2019. 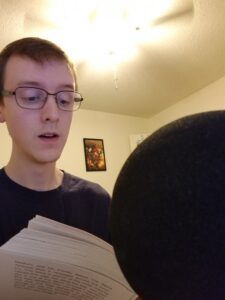 Thomas Miller, ’16 ΦΔΘ, recorded the audio version of Gurung’s book. When he isn’t recording other audiobooks, Miller works as a lab technician for Medical City Dallas in Dallas, TX.

“While keeping in touch with some of my Westminster buddies online, I came to realize that Thomas had been working on narrating autobiographical and memoir books,” Gurung explains. “I listened to samples of his previous audio productions and loved them, so we made a deal to collaborate.”

Read further to learn more about the biology major’s memoir and the years at Westminster that took him far from his village home.

Please describe Climbing Beyond Crystal Mountain. What inspired you to write the memoir?

We have to cross Crystal Mountain on the way to my village of Karang in Nepal. Crystal Mountain, for me, is a metaphor for finding beauty even at hard times. Altogether, it took seven dedicated months to write.

I was born around the upper Dolpo part of Nepal, a part very different from the rest of the modern world. There are no trees or electricity. When I used to introduce myself to new people, they were often eager to learn more afterward and seemed to enjoy my story. So I wanted to share the story in the form of a book.

How do you feel about being a published author?

I’m content that I published the book, and I feel very happy to be able to share the story of Dolpopas to everyone.

The write-up on Amazon.com says you are the first person from your village to receive an undergraduate degree. What is it like for you to go back to Karang?

Quite honestly, when I go to my village, I feel very strange. I become a stranger among the local people there. I have forgotten almost everything: the language, culture and relations. Although I was born in Karang, I spent most of my time studying in the valley of Kathmandu. I was fortunate to graduate first from my village, but it came at a cost.

In the winter, it is not possible to travel to Karang, Dolpo, because of the thick snow. And my family has moved to the capital now. So I have been living with them after coming back from the United States. We are feeling great to finally have some family time.

What are you doing now, and what are your long-term goals?

I have started a software company called Al-Interf in Kathmandu. The Al-Interf team is doing fine, but in the long run, my plan is to grow Al-Interf internationally and help many, many people through technology, education and economy. I also want to learn more and get a Ph.D. in artificial intelligence someday. 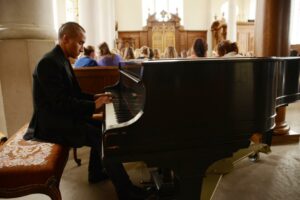 Karma Gurung enjoyed playing the piano at the Church of St. Mary the Virgin, Aldermanbury, as a student. Photo by Enni Kallio.

Beautiful. I learned so much about the world in one place. It was an invaluable experience and fun. I wasn’t the smartest student in the classroom, but the teachers were kind and supportive in making sure that I had a good future. For example, in my opinion, even the toughest professor in the Biology Department at the time, Dr. Amspoker, always welcomed students after classes to be tutored in his office. And for students like myself, whose genes were not quite meant for biology but perhaps were more for creative writing or technology, those extra hours put in by our professors really save us and provide us with ample opportunities to find new paths in our lives.

What do you miss most about the United States, generally speaking, or Westminster, specifically?

When people ask me what I miss most about America, I always reply, “The people.” So, because the newsletter is going to be read by many Blue Jays, I want to thank all of you at Westminster for being such good people and for making my college life not just educational but also beautiful.